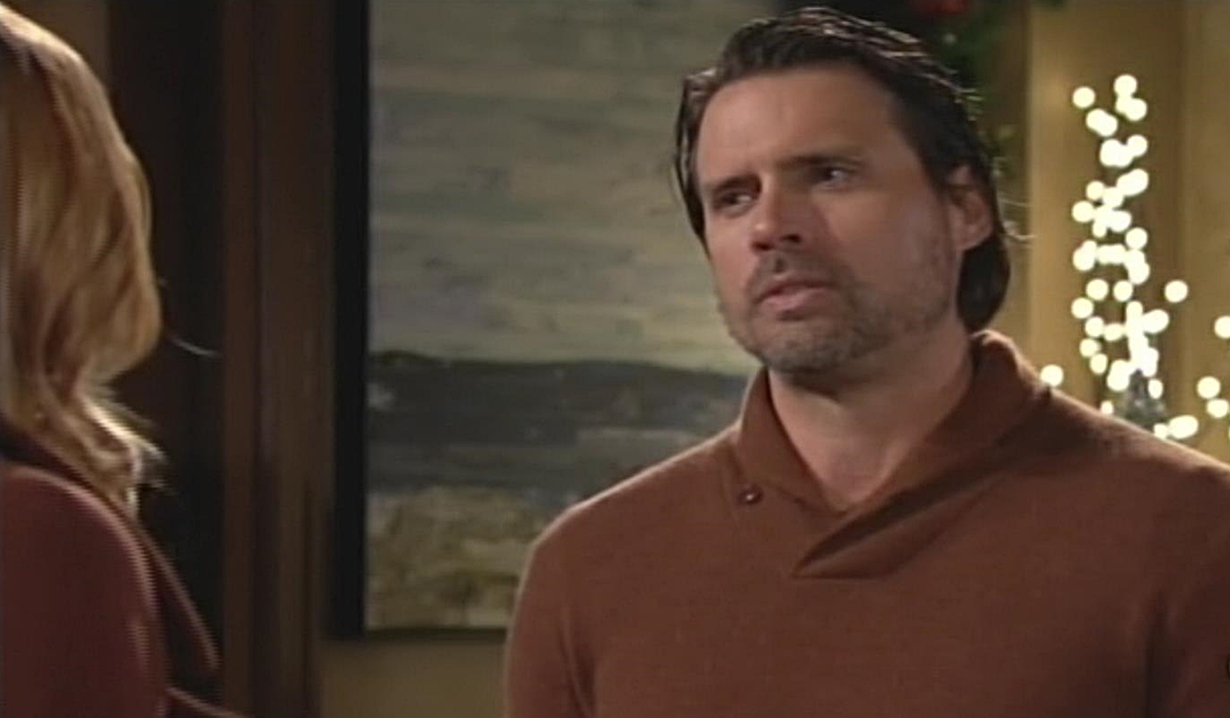 At Grand Phoenix, Billy and Victoria take a moment alone a few hours before their trip. Amanda appears and Billy catches her eye. She walks over and introduces herself to Victoria, who compliments her work on Nate’s case. Amanda thanks Vikki for not remarking on her resemblance to Hilary. Billy laughs, “I did.” Vikki asks if they know each other. Billy recaps they’ve run into each other around town.

At Nick’s place, Summer notes her dad’s in the holiday spirit, but is dismayed that Adam’s invited tomorrow. Nick needs her to suck it up. After he leaves, she calls Phyllis to update her.

More: Y&R column, the soap opera about nothing

At the Grand Phoenix, Phyllis disconnects from Summer after saying she knows what she needs to do. She joins Amanda, Billy and Victoria and invites Amanda for a drink. She accepts. At the bar, Phyllis dishes on Victoria Newman as Amanda alludes to not having to buy her own drinks lately. 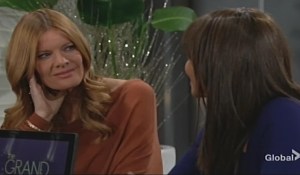 Phyllis asks, “Who is he?” Across the room, Billy and Victoria recall their impulsive holiday wedding and Jamaican honeymoon years ago. Vikki feels they know each other better than they ever have. Billy thinks to himself that there’s more going on with him than she realizes. They exit. At the bar, Amanda doesn’t say who’s been buying her drinks. Phyllis has something to take care of and leaves.

In the penthouse, Chelsea admires Adam’s holiday preparations. Adam announces he wants to take Connor to Hope’s farm for Christmas and wants Chelsea to come with them. Chelsea accuses him of cooking this up to avoid Nick. Adam makes a pitch for an ideal Christmas where he grew up. Chelsea can’t go. 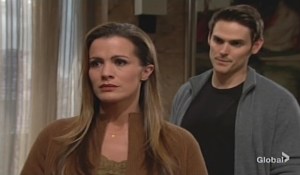 Adam thinks she’s afraid of what she’ll feel there. He brings up their history then says, “I love you, Chelsea.” Chelsea thinks he’s confused, but he’s not and wants to know how she feels and believes the connection is still there. Chelsea insists she loves Nick. Adam thinks it’s safe. Chelsea repeats she loves Nick – he needs to accept it. She doesn’t think they should go to Nick’s now. He asks where she’ll be when Connor awakens Christmas morning.

Summer runs into Theo at Jabot and questions him being there on Christmas Eve. Theo confesses that Jack and Traci invited him to spend the evening with them, but it didn’t feel right since he’s not really family – being at work makes him feel less guilty. Summer can relate to wanting to escape family. Theo fills her in on his contest and marketing plans. Summer wants to roll it out right away, 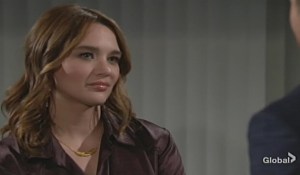 but Theo worries about looping in Kyle. Summer will handle it. Theo senses she’s running interference between them. Summer accuses him of avoiding the Abbotts because he can’t stand to see Lola with Kyle, then muses about Lola being okay with hanging out with him even though Kyle doesn’t like it. Theo advises her not to stir up trouble and thinks she wishes something were going on with him and Lola, then she could get Kyle back. Summer will drop it, but warns the truth will come out.

At Nick’s place, Phyllis informs him she’s backing out of the Christmas plans – she didn’t know he’d invited Adam. Nick learns she has no intention of standing around the Christmas tree singing carols with the guy, who isn’t a friend. Nick asks what he did, but Phyllis doesn’t say. Nick’s concerned and won’t let her leave until she comes clean. Phyllis blurts, “He wanted me to seduce you.” She explains it was to send Chelsea back into Adam’s arms. Nick rants about Adam being despicable. They debate whether she should have told him sooner, then make amends. Phyllis asks what he’ll do with the information. Nick will use it against Adam, who won’t win.

At home, Victoria and Billy are all ready for Telluride. Victoria enthuses, “I’m so excited!” Billy gets a text and has to stay behind for a contract negotiation – he’ll join them in the morning. They kiss as he worries about not being the man she needs. 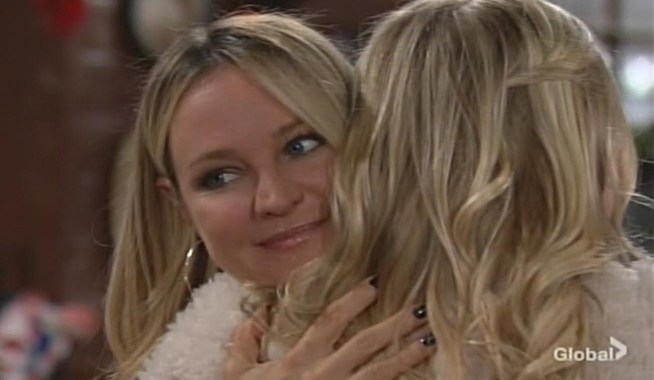 Faith Returns to Genoa City for the Holidays and Sisterly Advice 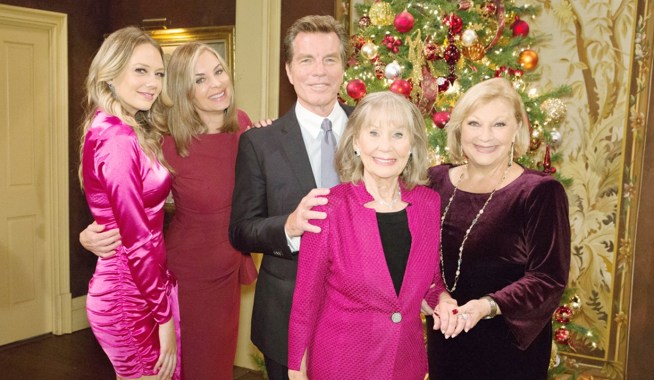