Sharon Confronts Connor About His Lies

Friday December 20, 2019: On Young and the Restless today, Elena and Devon bicker with Nate, Jack warns Phyllis, and Nick gets a gift from Chelsea. 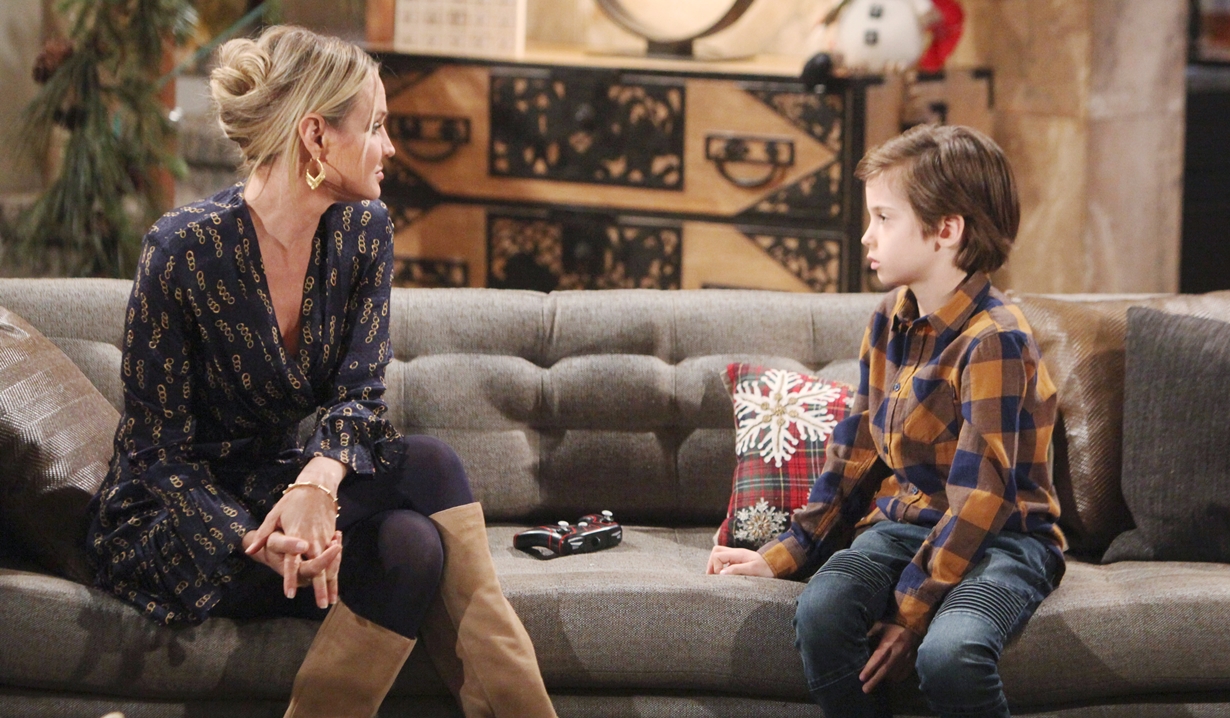 Jack joins Phyllis at Society and she starts in on his niece, Abby, firing her. Next, she complains about Adam. Jack knows he’ll regret asking what happened, but does. Phyllis goes on about how she’s been a friend to Adam, who now wants her to do something disgusting and degrading. 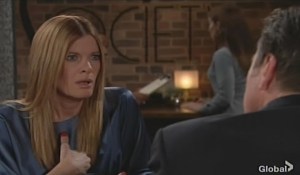 She’s upset when Jack seems to shrug it off and suggests she’s a woman scorned. Phyllis follows him across the room shouting she hasn’t slept with Adam Newman. Jack warns about waging war against Adam and counsels her to stop getting in her own way.

On Crimson Lights patio, Elena and Nate debate about Amanda. Nate won’t pry into her life as he respects her privacy. Devon appears and pulls Elena away. Inside, he knows she saw Amanda’s file and reveals it came from Victor. Elena wants to help him figure out why Amanda came into his life. They worry about whether Nate has a thing for the woman. Nate appears and is offended about the file on Amanda, but Devon reveals she paid a company to erase her information from the internet and tells him about the restraining orders. Nate feels they’re wasting their time. Devon thinks he’s more concerned about Amanda than him. Nate exits.

At Grand Phoenix, Adam wants to spend time with Chelsea while Connor’s in session with Sharon, but she has to go shopping for Nick. Later, Abby spots Jack leaving Billy a message. She mentions Victoria said they weren’t spending much time together. Jack will talk to him and ruminates about family. He’s proud of Abby and she hugs him.

At home, Summer shows Nick a Wiseman costume she made Christian and asks where Chelsea’s been. “What the heck is going on with you two?” Nick fills her in and stresses it’s about Connor. Summer’s unconvinced as it involved Chelsea living with Adam. Nick sighs in agreement. Summer feels it’s Adam trying to get what he wants and asks what her father plans to do about it. Nick says they’ll get through it, but Summer complains if Chelsea cares she should change things.

Chelsea appears. “Merry Christmas.” Summer exits and Chelsea insists she cares about Nick’s feelings. She begs him to hold on a bit longer. Nick kisses her passionately and they start undressing. After sex, Nick opens his gift – a framed photo of their dream home. They haven’t given up on one another.

At the penthouse, Sharon confronts Connor, asking why he lied about their conversation. Connor got in trouble and was told to apologize. He’s learned telling the truth’s better and talks about keeping his parents together, which makes him happy. When Adam arrives, Sharon updates him Connor may be getting unintended ideas about him and Chelsea – it could backfire if they don’t correct him. Adam learns she believes they should be honest with Connor. 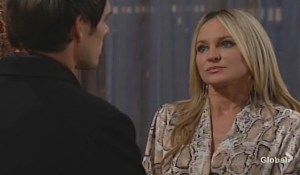 Adam doesn’t think it’s the right time. Sharon warns he should at least bring it up gently. Later, Adam agrees to help Connor convince Chelsea he should have a skateboard and says, “We’ll figure this out together.” After, Adam dreams about Chelsea telling him she loves him and kissing her. When Chelsea arrives, she asks about Connor’s session but puts off talking to Adam until tomorrow – she’s beat.

Summer joins Phyllis at Society and her mother realizes Jack sent her. They discuss staying close to your exes and how finding the right guy is worth the wait. Talk turns to Nick and Summer mentions things have been weird between him and Chelsea.

At home, Devon hopes Nate opens his eyes about Amanda and is glad Elena’s on his side. They kiss.

Jack and Traci bond with Theo. 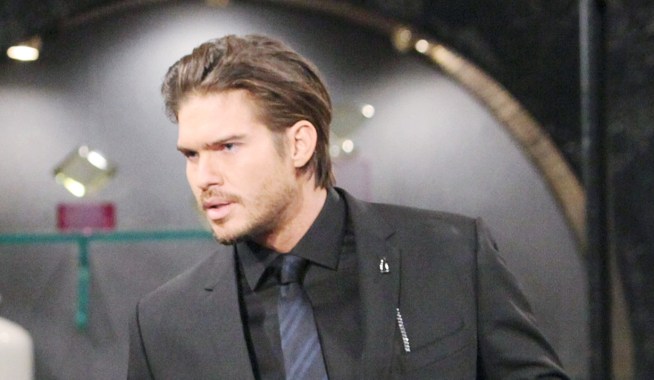 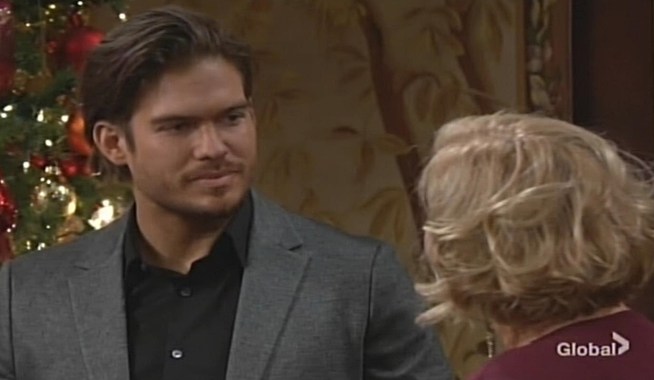