Thursday December 19, 2019: On Young and the Restless today, Billy and Amanda discuss their friendship, Elena and Nate debate about Amanda, and Summer tries to stay neutral. 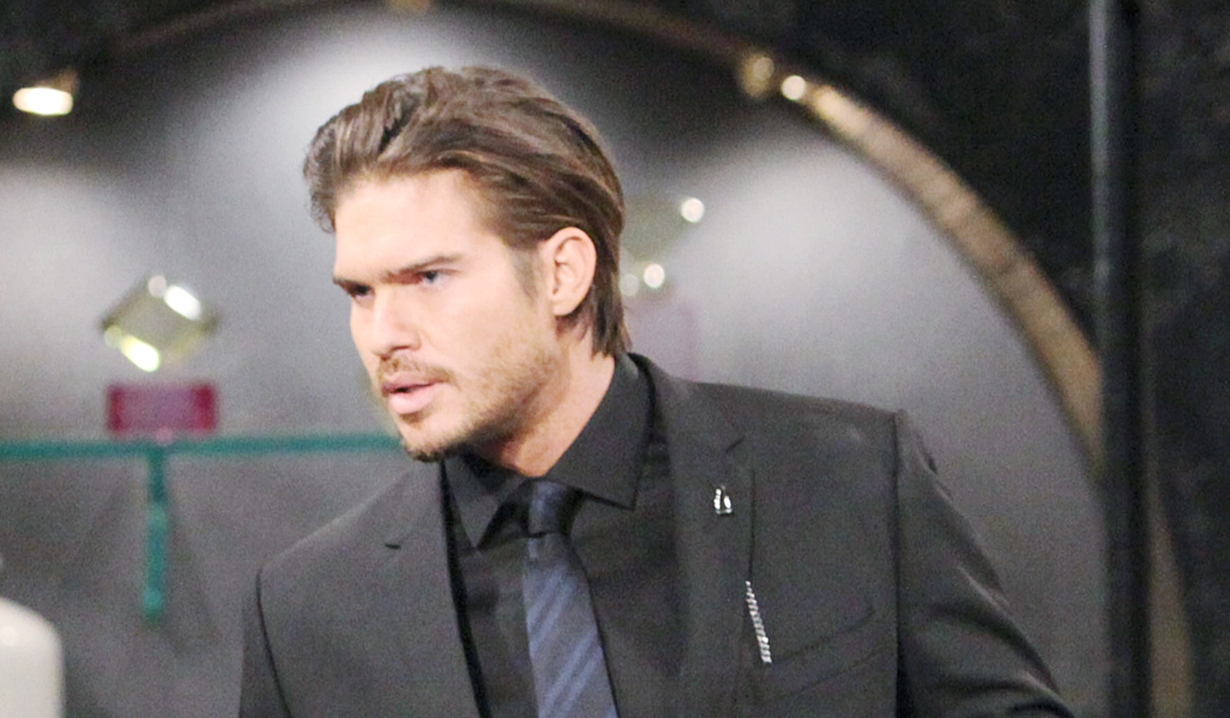 At Jabot, Theo pitches Valentine’s Day ideas to Jack and Summer. They approve, but Jack wants him to focus on closing the deal with Cersei. Theo says his meeting’s tomorrow, but Kyle enters and says it was today…he missed it. Theo’s upset and doesn’t know how it happened. Kyle will take care of the deal, but Theo angrily calls the guy, offers him concert tickets and salvages things. After Jack and Summer exit, Theo accuses Kyle of setting him up – he confirmed that appointment. 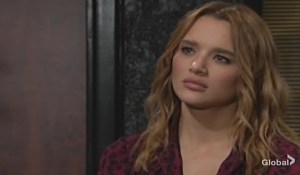 Kyle wouldn’t sabotage him at the cost of the company. In the corridor, Jack and Summer discuss Theo and Kyle’s difficult dynamic. Jack thinks this is a good opportunity for Theo to learn and urges Summer to take a step back. After, Kyle tells Summer of Theo’s accusation. She says they need to get out of there.

At home, Billy tells himself to keep smiling as Victoria gets ready for work. Over breakfast he relays he landed a consulting job that may take him to Chicago occasionally. Billy suggests celebrating upstairs but she’s late.

At the penthouse, Devon leaves for a meeting but warns Elena to keep her distance from Amanda first – they don’t know what she’s capable of. Elena’s puzzled. Once alone, Elena finds the dossier he’d hidden on Amanda.

Devon finds Amanda at the Grand Phoenix and they debate whether he should bring a lawsuit against her. He alludes to her potential clients being bothered by her connection to the will scam. She wonders if he’s threatening her. Devon plans to get answers. Amanda counters she’s not liable for what happened – he decided to give his money away. She has clients and is staying.

On Crimson Lights patio, Elena joins Nate and worries he may have been wrong about Amanda this whole time. Nate’s concerned she’s becoming obsessed. Elena mistakenly refers to Amanda as Hilary and admits they’re intertwined in her head. Nate asks where the suspicions are coming from – he doesn’t know why she and Devon can’t let this go and asks if she’s considered Devon is looking for an excuse not to. Elena warns Amanda has secrets and could be dangerous. 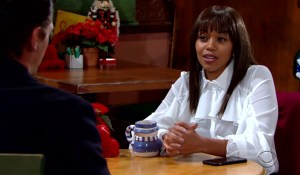 Inside, Billy joins Amanda. He updates her on his job, and she confides she’s exhausted from acting unbreakable. Talk turns to whether Billy’s looking to have an affair – he’s always alone and trying to charm her. Billy denies trying to sleep with Amanda and teases if that’s what she wants. She doesn’t. Billy complains about being uncomfortable in with his perfect life, but feels lucky he can get wild with his wife.

Victor visits Victoria at Newman and talks about buying a yacht. She realizes he misses it there. Victor sighs that it’s true but won’t look to return. She’s living her dream and insists, when asked, that she and Billy couldn’t be happier. Victor marvels at Billy being a house husband and lets Victoria know he adores her. She kisses his cheek and hugs him.

At home, Billy wants to whisk Victoria to Chicago, but she feels that’s not where they are right now. Billy says he was kidding, but is disappointed. Sitting alone, he texts Amanda the definition of friend. She thanks him for the vocabulary lesson. He grins.

At the hotel, Kyle realizes Summer suspects he switched Theo’s meeting. She’s going to be Switzerland. Kyle guesses Jack advised her and wants her as his sounding board. Summer doesn’t think he dealt with Theo constructively and reminds Kyle it’s his job to bring out the best in him. She advises Kyle to stay above Theo’s game.

At Jabot, Theo assures Jack he’s ready for his meeting. Jack states they’re family but in this building he’s a marketing executive and won’t get special treatment. Theo promises no more mistakes. Jack really wants this to work out.

At home, Devon realizes the dossier was moved and takes off. 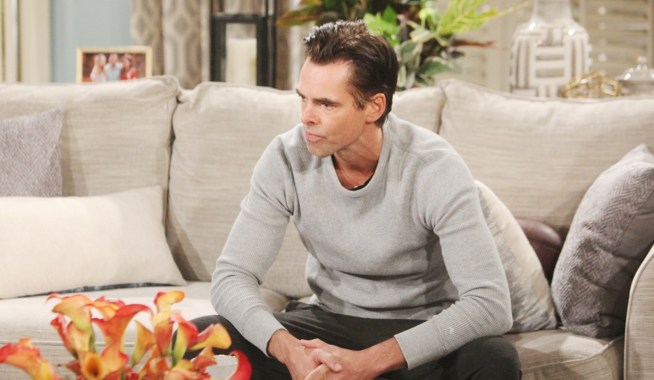 Sharon Confronts Connor About His Lies 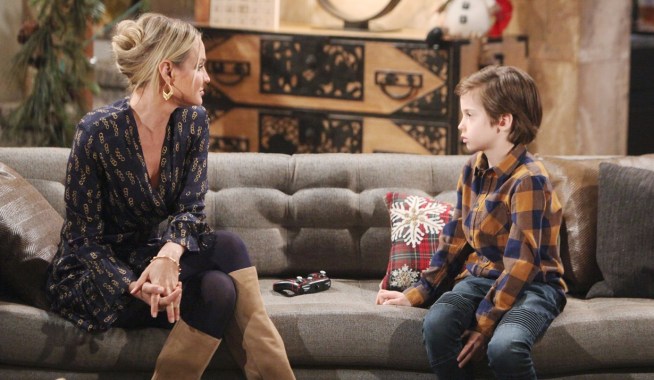