Friday December 13, 2019: On Young and the Restless today, Billy returns to the dive bar, Abby gets an answer to her proposal, and Nick asks Chelsea an important question. 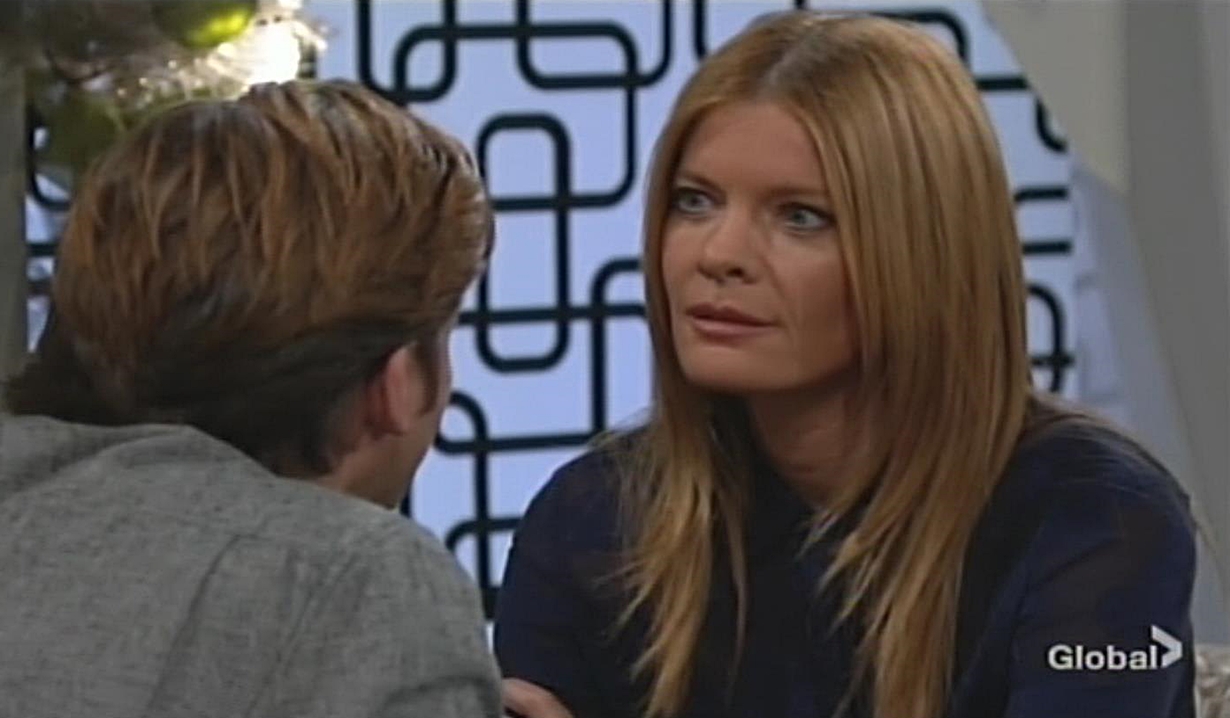 Phyllis spots Nick at Crimson Lights and bangs on the jukebox and yells. He grins. Phyllis complains Sharon could get some new equipment – Danny Romalotti’s greatest hits are still in there. 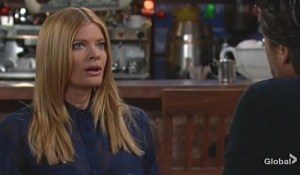 She sits and talk turns to her firing from the hotel and then to Chelsea still living with Adam. Phyllis points out that if he’d dumped her and stayed in the city council race he’d have won. Nick has to go but her jukebox stunt got him out of his funk.

Chelsea enters the penthouse and Adam tells her Connor’s upstairs before noticing she’s worked up. Talk turns to the boy’s lies about Sharon. Adam feels they have to call him out, but Chelsea thinks they need to be better parents – they’ve been lying too. She’s referring to the situation with her there in his house; it’s a fantasy of Connor’s for them to get back together, but it’s not true. Adam feels they’re being a family, but Chelsea wants to prepare him that this isn’t forever. 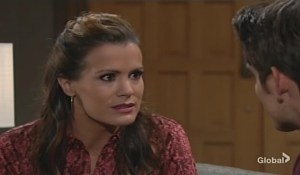 Adam’s angry at her wanting to take Connor’s safe space away and figures Nick’s behind it. Chelsea defends her boyfriend. Their voices become raised as Adam asks when she would like to upend Connor’s world. Chelsea is about to storm out when Connor appears and begs her not to go. They apologize for the disagreement and Connor blurts, “This is Sharon’s fault.” Adam denies it. Connor says the monster wants his mother to leave – it’s his plan – when they’re not together everything goes wrong. Connor sobs until she promises she’s coming home.

At home, Billy works on a dollhouse and stresses over it being perfect. He ruminates that the male doll probably never broke his wife’s heart. Victoria walks in and learns it’s a dollhouse for Katie. 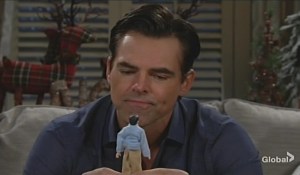 Billy concedes it’s a bit off and swigs a beer. Vikki thinks Katie will love it and turns the conversation to them missing each other lately. Billy rambles about what he’s been doing. Victoria feels he’s avoiding her. Billy’s just figuring things out. Victoria’s supportive. When she takes a work call, Billy questions why he keeps holding back. Victoria returns and Billy attempts to open up but just kisses her. “I need you.” They begin undressing. After sex, Victoria apologetically has to return to work. Billy paces and isn’t sure what to do. He sits and writes, ‘Hey Beautiful,’ in a card.

At the Grand Phoenix, Chance texts with Abby, who is at Society. Phyllis arrives and confronts him about her firing. They debate as she insists she’s innocent and will prove it. Chance tells her to take it somewhere else. She needles, “Should I take it to Vegas?” Chance accuses her of bluffing, so she whispers about a duffle bag and a gun. Chance concedes he was working undercover. Phyllis says he wasn’t carrying it – the little sleazy guy was… Chance wonders if she has a subpoena and suggests she get a job. Phyllis chuckles – he won’t get rid of her. Something big went down and he and Adam were in the middle of it; she’ll find out what it was. Chance calls her a pain in the ass. Phyllis tells him to sling his good ol’ boy bull at someone who will believe. He counters her life is so empty she has to dig dirt on other people.

More: Justin Hartley’s This Is Us nomination

At Society, Abby hands Victoria takeout and learns she reconnected with Billy. Victoria notices Abby has a gleam. The blonde doesn’t want to jinx it.

At Newman, Victoria texts Billy that she loves him.

At the dive bar, Amanda urges Billy to have a seat. Billy relays everything in his life is perfect, except him. Amanda alludes to leaving her baggage behind. Talk turns to Hilary. Billy liked her, but doesn’t know who Amanda is. She’s a person who’s learning to trust people. Billy muses they’re quite the pair.

Chelsea arrives at Nick’s place distraught about Connor. Nick relays Christian asked if Chelsea and Connor were coming home, but he didn’t know the answer. Chelsea has to put Connor first. Nick understands but doesn’t know if he can keep doing this. “Can you?”

Abby joins Chance at the hotel and is sorry he had to deal with Phyllis. She asks if he’ll accept the offer to be head of security. Chance won’t, but has decided to stay in town. They toast to the future and he asks her on a date.

At the penthouse, Connor awakens, and Adam assures him his mom’s coming back. Adam ignores a call from Victor.

Kyle Gives Jack an Ultimatum and...

Amanda Reveals She’s an Orphan, As...