Thursday December 12, 2019: On Young and the Restless today, Mariah warns Lola, Devon opens up, and Victor visits both Summer and Devon. 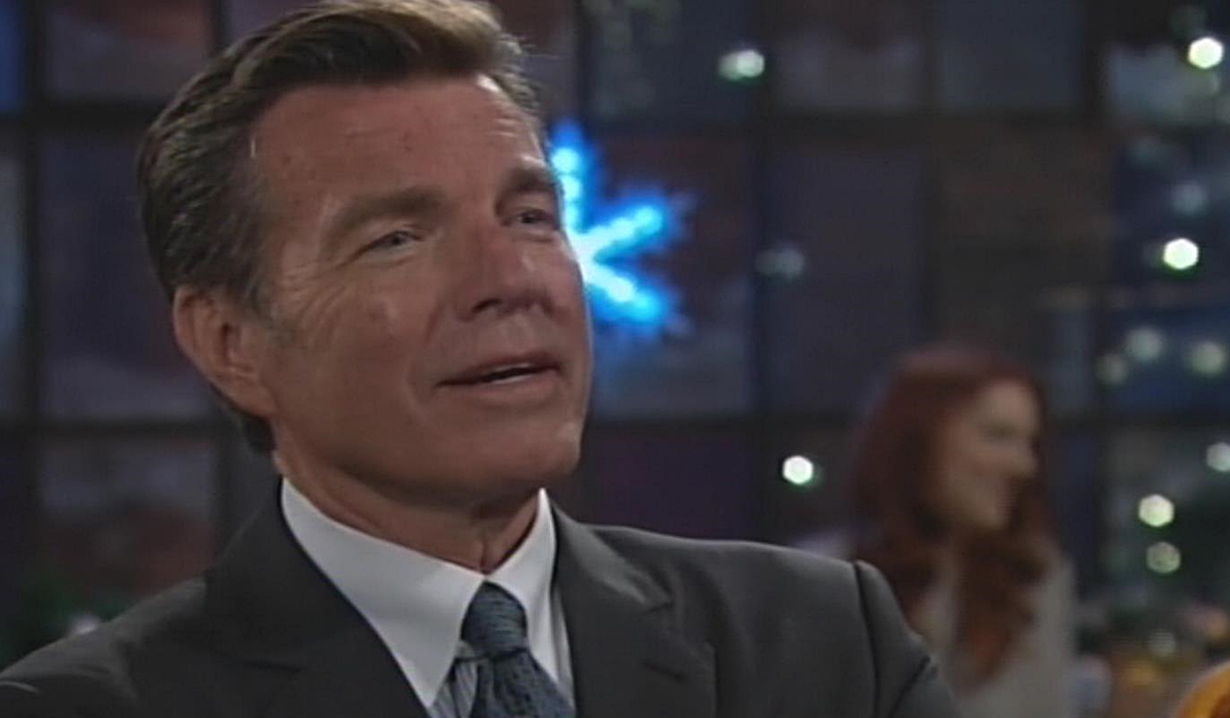 At Jabot, Summer spots Theo rooting through papers in the office. She grills him as he finds the notes Jack left him. He asks about Kyle’s meeting with Jack. Summer tells him he’ll soon know what it’s about depending how it goes. Theo remarks on her keeping secrets. Summer notes his history with Kyle and doesn’t want to see him blow his opportunity there. Theo doesn’t intend to.

At the penthouse, Devon updates Mariah that Elena’s made peace with Amanda. He believes Nate was behind it and feels he needs to mind his damn business. Mariah learns Devon wants Elena to give him time to figure things out on his own, and warns him to be careful.

At Society, Kyle stuns Jack by asking him to reinstate him as CEO. Meanwhile, Mariah arrives and joins Lola. She reveals that Summer and Theo broke up and warns Lola to watch out for Summer – Kyle’s naïve when it comes to her. At the table, Kyle suggests he and Jack share the CEO position. 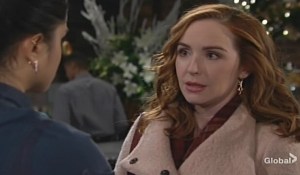 Jack argues it’s understood he’ll one day be his successor and offers to have something drawn up, but Kyle says that’s not good enough. If he won’t promote him, perhaps he’ll move on. Jack’s taken aback. Kyle offers time to think about it, but Jack decides they’ll try being co-CEOs and see how it goes. Kyle waves Lola over and they celebrate. Theo joins Mariah. They approach the others and learn Kyle will be co-CEO. Theo offers drinks but everyone’s too busy. He watches Kyle kiss Lola. After, Lola checks in with Theo, who is upbeat. She asks if his break-up had anything to do with Kyle and Summer. He promises it didn’t. Talk turns to their careers. Lola would like to have her own restaurant someday…and a house, dog, and kids. Theo says she’ll make a great mom.

At Crimson Lights, Elena tells Nate about her sit-down with Amanda. He’s glad about it. 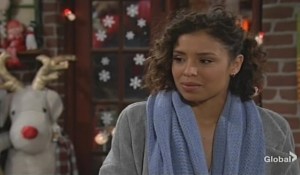 Elena confides that she thinks Devon’s issues with Amanda are actually about Hilary – he’s not over her and she’s not sure he ever will be. Nate admits it’s crossed his mind when trying to put himself in Devon’s shoes. Elena doesn’t know how to deal with this. Nate reminds her Devon loves her. She’s sure everything will be fine.

At the ranch, Victor gets a call about Amanda Sinclair and muses the information is very interesting indeed.

Victor finds Summer at Jabot. He came to congratulate her on her promotion and asks about Theo. Summer reveals they broke up and are just friends. Victor tells her he had him investigated when they were dating and had some concerns. 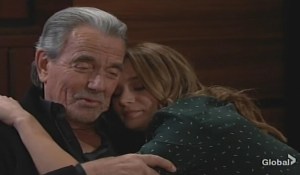 He shares sage advice on the right one being out there – perhaps someone she already knows. They rehash him letting her believe he was dead. She’ll try to forgive him. They embrace. Later, Kyle arrives and Summer’s thrilled about his promotion. Over champagne, Kyle tells Summer she inspired him by walking away from the opportunities Victor’s offered. Talk turns to Theo. Summer confides he went through papers on Jack’s desk and adds he’s not her boyfriend anymore. Kyle thinks that deserves another toast.

Devon’s irked when Nate arrives at the penthouse, figuring he’s there to champion Amanda’s cause. Nate is concerned about him, but Devon assures him he’s fine. Nate sees through his façade to his pain about Hilary and tells him Elena knows. Devon insists he’s not going backwards. Nate feels it’s crushing him – he should talk to someone. Devon concedes things have been tougher than he’s let on; whenever he looks in Amanda’s eyes, he gets flashes of being at Hilary’s side in the hospital. Nate’s here for him, so is Elena. Devon doesn’t want Elena to have to deal with this. Nate suggests a therapist. Devon plans to stay away from Amanda. Later, Victor arrives. He’s sorry Devon was swindled, wants to help set things right, and has information on Amanda Sinclair. There’s a reason there’s nothing about her online – she hired a company to erase her history, right about the time Colin started his scheme. Devon smirks; he knew it. Victor hands over the information packet. He assures Devon he was fond of Katherine and this really pisses him off, they’ll get Colin and his accomplice, if it’s this woman.

Kyle arrives home to find Lola in a skimpy robe. She has champagne but he already had some at the office…with Summer. Lola muses, “Thoughtful.” She reveals her lingerie and Kyle pronounces it a really good day. Lola says it’s about to get better.

Elena meets Nate at Crimson Lights and he updates her on his chat with Devon. Elena thanks him with a hug.

Adam gets boundaries set by Chelsea.

<p>Kyle threatens to leave Jabot. He wants a guarantee that he will succeed Jack.</p> <p> </p>

<p>Jack has a stunned reaction to Kyle’s ultimatum. He will leave Jabot unless Jack makes him co-CEO.</p> <p> </p>

<p>Nate sits down with Elena at Crimson Lights. He updates her on his talk with Devon about Amanda.</p> <p> </p> 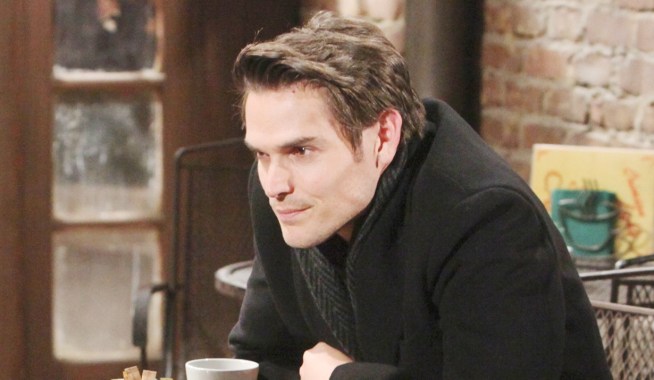 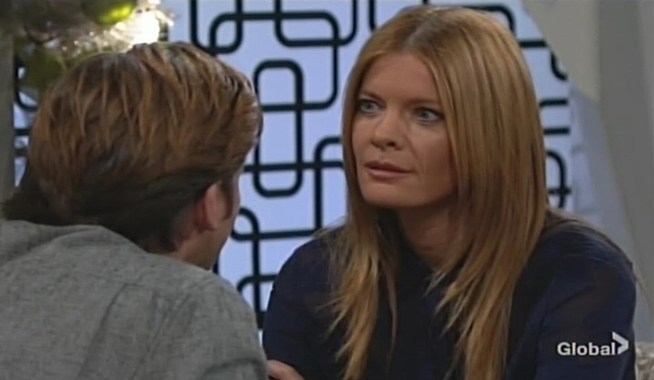