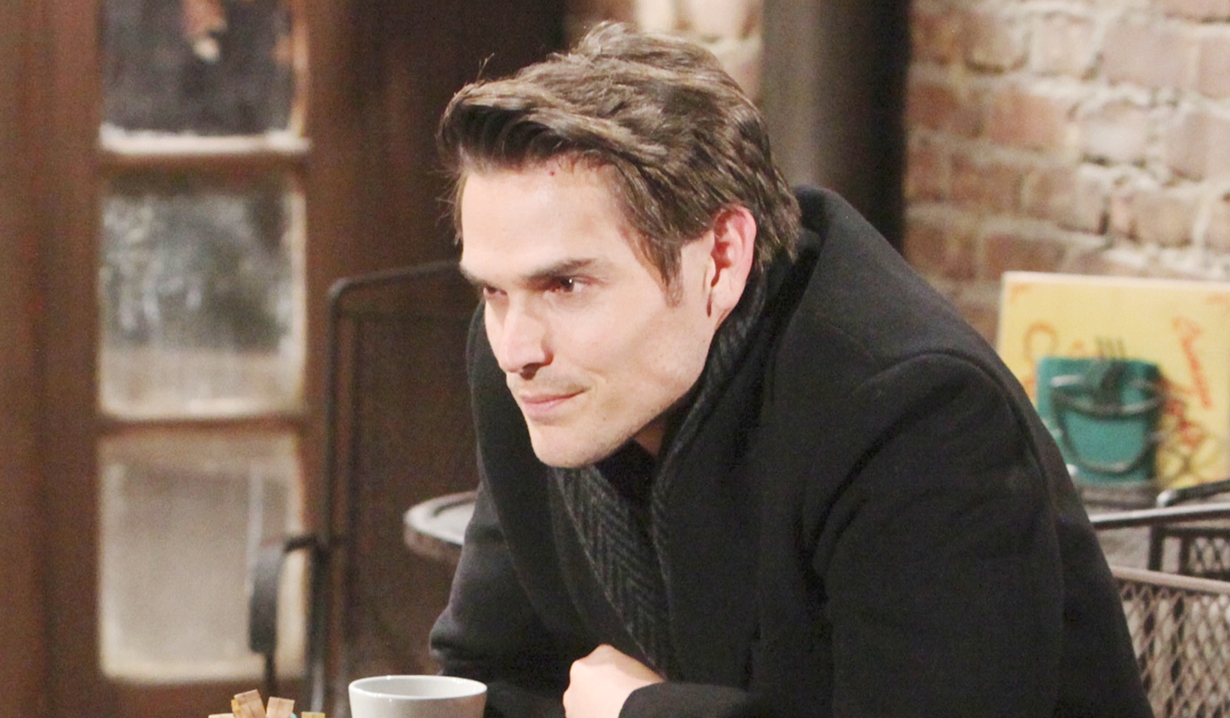 At Society, Victoria offers to put feelers out for a job for Billy, who says he’ll do it on his own and remarks it will have to be fun. Vikki has a surprise; they’re going to Telluride on the Newman jet on Christmas Eve and Reed is meeting them there. Billy’s caught off guard to hear it’s already planned. He would have chosen the beach and wants to spend Christmas in town and leave on the 27th. Vikki has to work and, downcast, suggests they table this for now.

At the penthouse, Chelsea and Adam play cards with Connor. The doorbell rings – it’s Sharon. Connor looks glum as his parents greet her. Sharon suggests playing a game and Connor wants his mom and dad to play too. Chelsea has to go meet Nick and Adam heads upstairs. 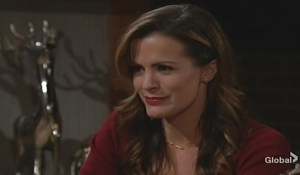 Connor reminds Sharon he told her not to come anymore and asks, “Why are you here?” Sharon wonders if he’s having a bad day. He says it was great until she showed up. Sharon deals the cards and Connor swipes them onto the floor. Adam reappears. He thanks Sharon and she goes. Connor tells his father he doesn’t like Sharon anymore – she says mean things. He claims Sharon threatened to have him sent away like she sent her daughter away and warned the monster was coming back and no one can stop it.

At the ranch, Christian’s in the kitchen and Nick thanks his parents for watching him so he and Chelsea can spend time together. Victor bluntly asks what he’ll do with his life now that Chelsea’s ruined his political ambitions. Nick bristles. Victor notes the two people he sacrificed his campaign for are now living with Adam, then walks out. Nikki feels he’s right to be concerned. Nick concedes ending the campaign was disappointing. Nikki wonders if Chelsea understands how her choices have affected him – she makes it very hard for people to trust her. Nick knows how it looks, but he knows where things stand with them. After Nick leaves, Nikki and Victor agree Nick and Chelsea aren’t meant for each other. Talk turns to people changing – Nikki likes the ‘new Victor’ and applauds Billy’s efforts to address his issues.

Nick meets Chelsea at his place. She warns she can’t spend the night, but she thinks dinner and wine sounds perfect.

Arriving at Society, Nick and Chelsea spot Victoria alone. She says Billy just left and they carry on to a table. Chelsea updates Nick on Connor and Nick worries her playing house with Adam will make things worse. Chelsea’s offended and snarks about his parenting choices. Nick’s tried to be supportive but her living situation isn’t normal. He wonders if she’ll live with her ex until Connor goes off to college. 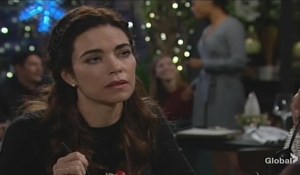 Nick believes Adam’s getting everything he wanted. Chelsea argues they’re doing this solely for their son. Nick wants to salvage the evening, but Chelsea gets a message from Adam about Connor. She’s sorry and leaves. Victoria joins her brother and tells him Chelsea is either with him or Adam – she can’t have it both ways. Nick noticed Billy left her high & dry as well. Victoria worries walking away from Jabot is affecting him.

At the dive bar, Billy feels relieved he doesn’t have to be perfect or answer to anyone there. He doesn’t need the booze…just a little peace. He texts Victoria an apology and agrees to go to Telluride. Soon, he’s in a poker game.

At Crimson Lights, Rey notices Sharon’s distracted and worries Adam’s getting inside her head again. Sharon admits she’s concerned about Connor and senses he doesn’t trust her anymore. Rey advises to trust her training and instincts. Adam appears and states her instincts are correct – Connor’s going down a darker road than any of them thought. 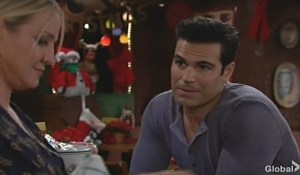 He fills them in on what Connor told him – he knew he was making it up. Sharon suggests he and Chelsea let him know they won’t tolerate lying or manipulating. After Adam leaves, Rey notes she was right. She’d give anything to not be. As they close up, Sharon doubts herself and frets about Connor. Rey feels considering who Connor’s parents are, she’s his best hope.

At the ranch, Nikki informs Victor that Nick’s dinner with Chelsea didn’t go smoothly. She ponders the idea of talking to Chelsea herself and Victor jokes about always be told not to interfere. Nikki knows he’s right. They embrace. Nick arrives and while Victor’s getting Christian, Nick tells his mother he knows what he has to do now.

At the penthouse, Adam updates Chelsea, who questions moving in; Connor may keep acting out so she’ll stay. Adam thinks he’s only made progress when they’re together. Chelsea agrees. Adam thinks they need to show him he can’t manipulate where Sharon’s concerned.

At home, Billy lies to Victoria that his workout was good. She offers to wash his back in the shower. He grins; that’s a fine idea.

Victor gets information on Amanda. 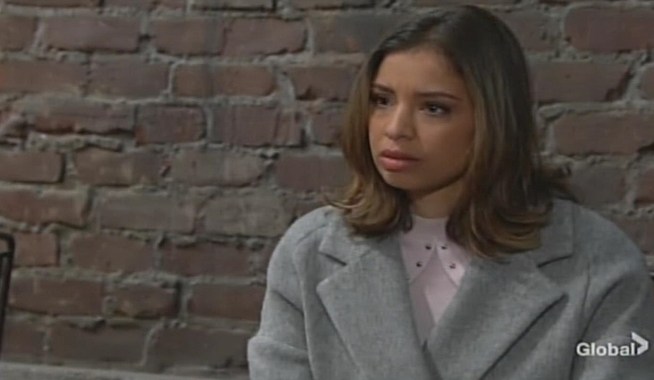 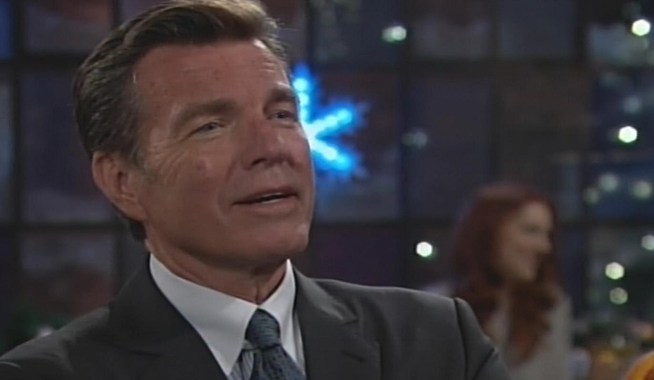