Monday, December 2, 2019: On Young and the Restless today, Elena lectures Nate for involvement with Amanda, Victoria tries to encourage Billy, and there is another robbery at the Phoenix. 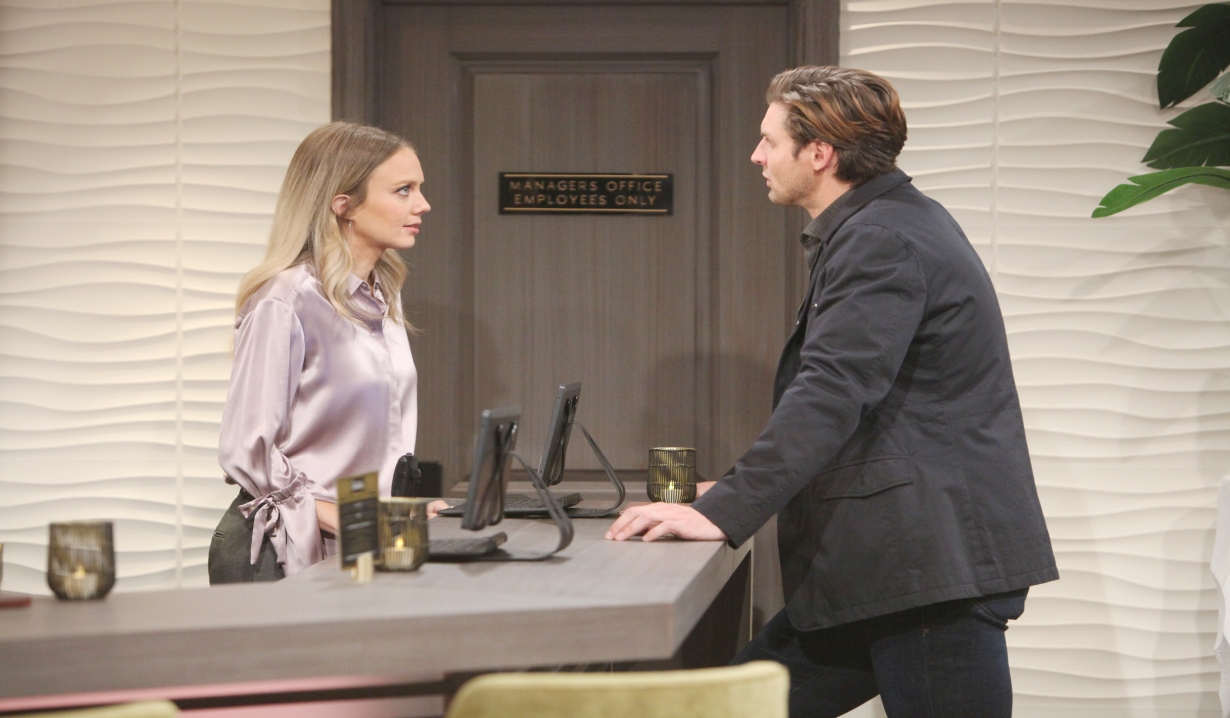 When Nick gets home, Chelsea asks him about work and they discuss Connor. 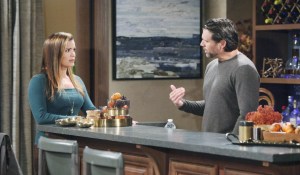 She worries that her son is getting worse and she’s looking for a therapist. Nick offers to help. She explains that Adam wants her to move in so she can be with their son full-time. Nick is shocked that she’s considering this. Upset, Chelsea explains how hard things are for her son and how much support he needs. Nick is sure that Connor wants his parents together again and that Adam is encouraging this idea. She assures him that there is nothing going on between her and Adam. He walks off in a huff. 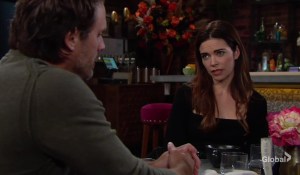 Victoria joins Billy at Society and they talk about her latest business deal. They ponder what he should do with his time and he says he needs something to get up for in the morning. She prods him to do some free association so they can discover his calling. Eventually, she encourages him to work with Nick, but he’d rather find something on his own. She gets a business call and he walks off. Moments later, Nick arrives and joins his sister. He tells her about the issues with Connor and she points out how lucky the kid and Chelsea are to have him in their lives. Nick insists that Adam is the problem, not Chelsea. He’s worried about how vulnerable she is. She’s worried about Billy but assumes that Jack will help him get his life together.

More: Vote in the most recent Y&R polls

Nick returns home and finds Chelsea packing her bags. She tells him that Connor needs both his parents. He doesn’t think it’s fair that she’s leaving him and Christian. Nick reminds her that his brother has done unspeakable things, but he knows that her son needs her, and he’ll support her however he can. They hug and she exits. 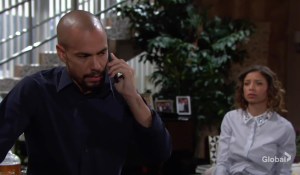 At his penthouse, Devon calls Chance and asks him to get Colin so he can question him. Chase explains that Colin is no longer in custody and he has been removed from the case because of his personal involvement in it. Devon is outraged. He gets off the line and vents to Elena about Colin and Cane being on the run and hiding with his money. She asks him what Neil would do and points out they don’t know what Cane really did. Devon is adamant that Cane is guilty and lectures her for not doubting Nate’s actions. She says she loves him and he’s better than the people trying to take him down. He apologizes and she assures him she’s not going anywhere.

More: Where to purchase Y&R dresses for less 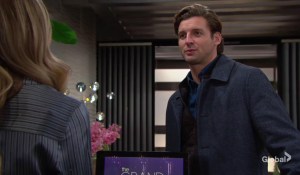 Chance strolls into the Phoenix and chats with Abby at the desk. He offers to help her with the jewel thief in the hotel. She thought he was leaving town. They scheme. Abby does a social media post to try and attract a thief. He’s impressed. They watch surveillance footage, but this is boring, so he tries to make up an exciting story. It’s just a movie plot though. He complains about how lame and tedious stakeouts actually are. She asks for more information about him and they chat about his career. A woman storms in and announces she’s been robbed. Meanwhile, Nate and Amanda meet in the lobby and have some chit-chat before he hands over a check for her legal services. 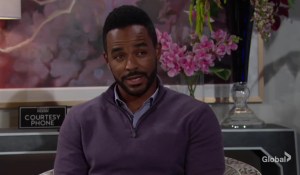 He wonders what’s next for her. She explains that she’s closed up shop in Madison and looking to start again. He tries to talk her into sticking around Genoa City. She points out that her face makes that hard. Devon and Elena intrude on the conversation. He starts ranting to Nate about Amanda being a fraud and a scammer. Amanda takes off, leaving them to bicker. Elena lectures Nate, suggesting his heart isn’t in the right place. He refuses to avoid Amanda just because she looks like Hilary. Elena suggests he think through his involvement with her again.

Billy goes to a bar and orders a drink. Amanda shows up and notices Billy staring at her. She guesses he knew Hilary. Some dude tries to pick her up and Billy intervenes and gets the guy to back off. Amanda offers to buy him a drink, but he says it will have to wait. He ignores a call from Victoria and sits at a table alone.

Nick and Phyllis talk about their past.

Relive The Young and the Restless at this time in 2009 when Jack found Sharon kissing Adam, and Ryder was the key to proving Daniel’s innocence in a murder charge.

Adam & Chelsea Yearn for Past...