Friday November 22, 2019: On Young and the Restless today, Jill catches up with Colin, Phyllis and Nick revisit old times, and Nate spends time with Amanda. 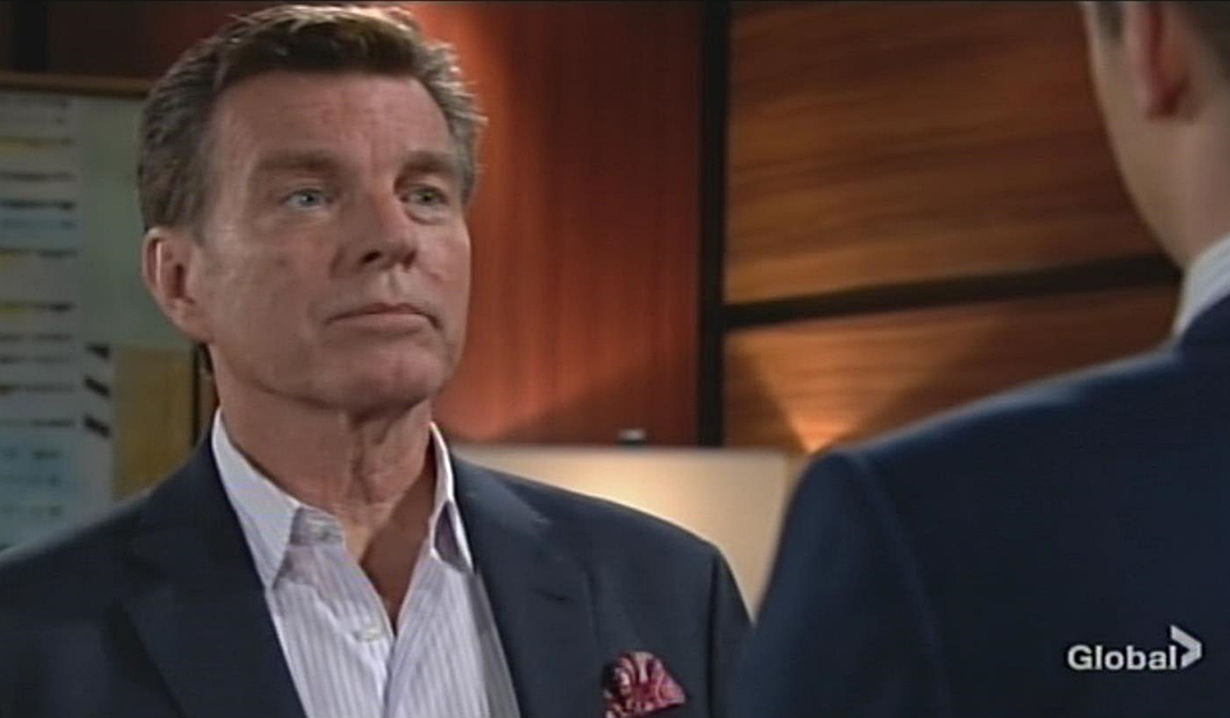 At the penthouse, Devon doesn’t know how everything got so messed up. Elena points out he can’t be sure he was conned. Devon is skeptical that Colin can be found and will come clean and rants. Elena reminds him he can trust her and decides they should count their blessings ahead of Thanksgiving. 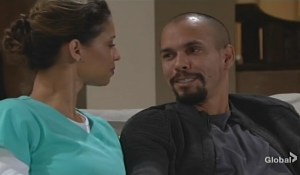 They do so, and Elena shares that Nate’s not going to lose his medical license. Devon wonders if Amanda’s part of the scam. Elena says if she is, she’ll get what she deserves. She hopes she leaves Genoa City. Devon wishes Neil were here to point him in the right direction and tells Elena he’d have loved her. Elena thinks he’d be proud of Devon.

In a suite in the Maldives, Jill calls for Colin to come out. Colin appears, drinks in hand, and asks what took her so long. Jill snaps, “You lured me here?” Colin asks if Cane got what he deserved, and Jill demands to know if the new will pages are legit and who was supposed to be Katherine’s heir – Devon or Cane? Colin tries to get frisky, but Jill wants answers. Colin shrugs he righted a wrong and the pages are the real deal. Jill asks about Tucker’s involvement and warns he impersonated a federal agent. Colin knew no one would believe the will was real if he just showed up with it. Jill complains everyone thinks Cane’s a crook. 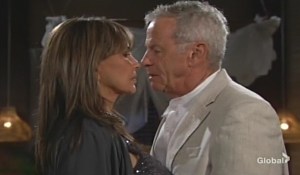 Colin snarks that the old bat’s wishes have been honored, then pulls Jill close. Jill rejects his advances and gets emotional about having to confront him. Colin may have pushed the envelope, but feels this proves his love for her, and for Cane. Jill slaps him. “That’s for all the people you’ve hurt.” She then kisses him for how crazy he makes her.

More: Y&R Alum in You Can’t Take My Daughter

At Society, Phyllis jokes to Nick that Victoria always swoops in when they’re together. Nick says she’s busy. Phyllis teases they can do whatever they want then – they’re consenting adults. Nick wonders why she’s not at her hotel. Phyllis alludes to the tension and Nick reveals Chelsea’s not joining him. They try to find a safe topic and he asks if she’ll scorch a turkey for Thanksgiving. They reminisce and laugh. 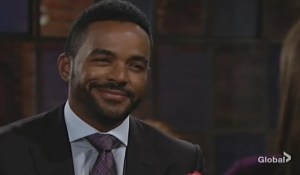 Phyllis asks, “Do ya’ wanna?” Nick replies, “Here?” Nearby, Nate is surprised Amanda’s not seeing anyone. She’s too busy for a relationship. Nate knows from Abby to listen when someone says that. Amanda muses about the look on Devon’s face if they were to date. Nate suggests she stay in Genoa City. Across the room, Phyllis shouts, “Yes, yes, yes!” Nick yells too. They’re playing a video game on their phones. Much later, they apologize to the other patrons. Nick had a great time. So did Phyllis.

At the Grand Phoenix, Summer enthuses over Theo taking Ashley’s job offer. His phone rings – it’s Jack, who knows about Paris and asks him to come by the house. Nearby, Nate says goodnight to Amanda, who likes being friends. Nate hugs her and goes. She smiles thoughtfully.

At the Abbott mansion, Jack questions Theo’s reasons for taking the job in Paris and asks what it would take to get him to stay. Theo doesn’t want to start a bidding war; he knows Jack and Ashley can get competitive. Jack makes another pitch for him to stay and maybe get his feet wet at Jabot. Theo likes the idea of working in the social media department. Jack asks if he’d be okay working under Kyle and makes a call to get the executive team together.

At Jabot, Summer tells Kyle she has tea to spill about Theo, who has accepted a job offer from Ashley to work in Paris. Kyle hadn’t heard about it, but wishes him the best. Later, Jack meets with Billy and Kyle and ushers them into the office. First, Billy tells Kyle he’s resigned. Kyle’s flummoxed but assures them the company is in good hands. Jack warns Billy leaving doesn’t mean he’ll be in charge. 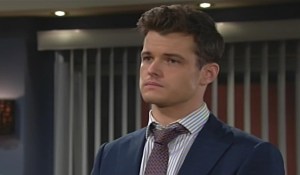 Jack will step back in as CEO and relays that Kyle and Lauren will be named joint COO’s of the company. Kyle gulps; it’s a lot to digest. Jack also thinks Summer deserves a promotion. Kyle nods, so they’ll need someone to head up social media. Jack announces it will be Theo. Kyle’s eyes widen in horror. Jack will keep an eye on him, but won’t abide infighting. Kyle is agreeable but looks worried.

At Grand Phoenix, Theo updates Summer that he’s not going to Paris and will work at Jabot. She’s unsure about him and Kyle working together. Theo enthuses about working with her.

At home, Nick texts Chelsea, who responds that she’s staying at Adam’s tonight.

Cane is backed into a corner. 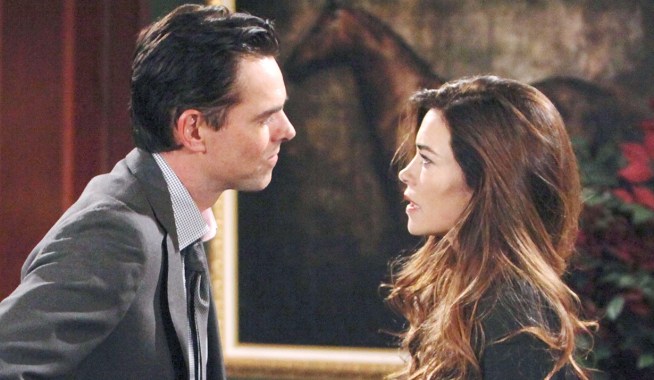 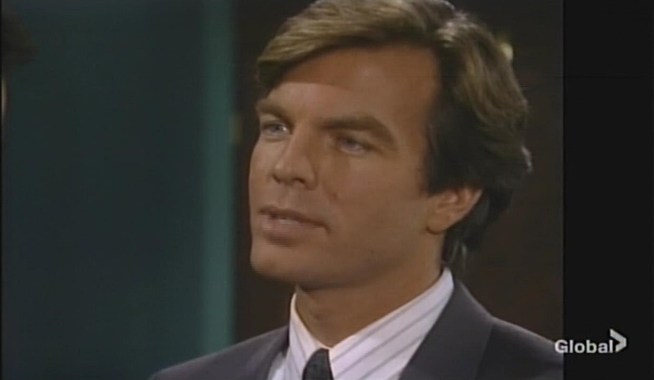