Monday November 18, 2019: On Young and the Restless today, Billy has an epiphany, Sharon gives Adam advice, and Nick overhears a conversation. 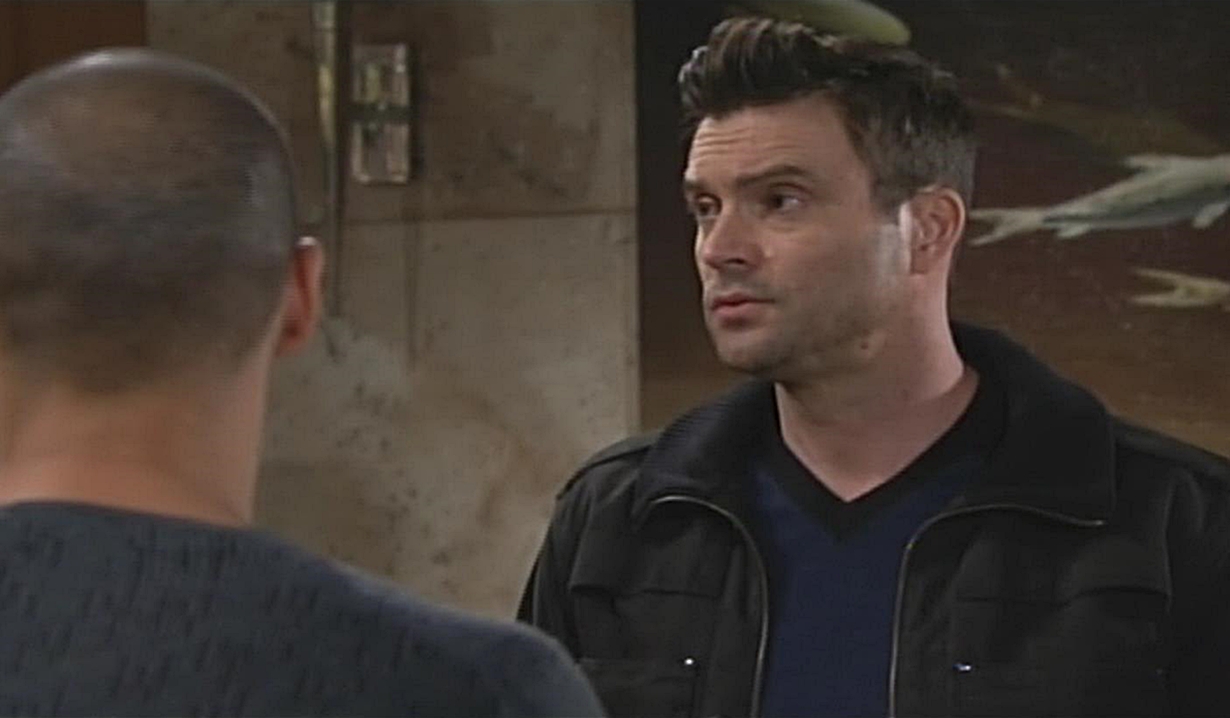 At Jabot, Kyle’s irritated that Billy just closed on a boutique in Milan and made a unilateral decision – it’s Ashley’s territory and she won’t appreciate it. Billy waves him off and Kyle asks where this big power trip is coming from. They argue heatedly as Billy says Kyle hasn’t earned his spot at the table. Kyle hollers it’s another ride on the Billy Express Rollercoaster – it’s reckless. He storms out.

Chance arrives at Devon’s penthouse, meets Elena, and apologizes for not returning his calls – he was undercover. Devon learns Chance never hired Amanda and is upset he made a life-altering decision he can’t take back based on a lie! Chance apologizes again and reveals he has questions about the way the will pages got to Genoa City. Devon is certain he’s been scammed. After Elena leaves, Devon informs Chance he doesn’t want his help; he’ll figure this out himself. 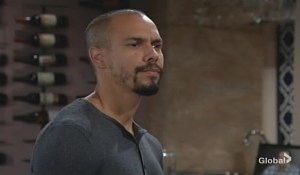 Devon makes a call and Cane soon shows up. Devon offers him a chance to come clean before he hits him. Cane has the same questions as him but insists the will pages are authentic. Chance wants to gather the facts. Cane resents that Devon’s implied he’s lying and takes a call from Jill. After, he relays that she’s tracking Colin to the Maldives. Chance books the next flight out. Devon wants Colin locked up if he’s done what he thinks he’s done. Chance leaves tomorrow afternoon.

At Nick’s place, Chelsea tells Chloe she feels guilty about Nick and worries that she and Connor could still be in danger. Nick eavesdrops as Chelsea laments that Simon could have dangerous friends on the outside and they could all be targets. He emerges and Chloe goes. 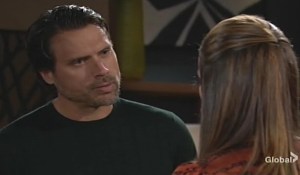 Chelsea updates Nick that Adam took Connor to a childhood trauma specialist. He knows she’s scared too and vows to keep her safe. He also thinks they should bring Connor home. Chelsea doesn’t want another custody battle. Nick’s concerned Adam will soon do something to hurt them – he’ll always be Adam. Chelsea replies, “Adam will always be Connor’s father.”

At the penthouse, Adam returns from taking Connor to a child trauma specialist, but the boy wouldn’t talk. Adam assures him he doesn’t have to go again. Connor would feel better if Adam and Chelsea got back together. Adam reminds him they can call her anytime.

At Crimson Lights, Victoria complains to Sharon that Nick dropped his campaign and she thinks Chelsea’s to blame. Her coming back was a huge mistake. Later, Billy joins Victoria and relays how Kyle’s getting on his nerves. Adam walks in with Connor and they ask Sharon for a play date. She agrees. After, Victoria congratulates Billy on keeping his cool around Adam. Billy worries he’s transferring the anger onto Kyle and will see his therapist – he doesn’t want a war that will divide the family. On the patio, Elena updates Nate on Chance’s revelation to Devon. Nate defends Amanda, which irks Elena. She advises him to fire her before she ruins his life too. Nate is relying on Amanda. She wishes him luck. 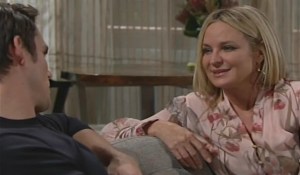 Sharon builds with Connor in Adam’s place as he watches. She gets him talking about the other day as they play. When Connor goes upstairs, Sharon advises Adam to keep reassuring him and feels Chelsea should be there to support her son. Adam agrees and confides that Connor wants his parents back together. Sharon explains that represents stability to him. Connor reappears and Adam calls Chelsea.

At Nick’s place, Victoria suggests he put a little space between him and Chelsea and continue his campaign. Nick’s sticking to his decision and explains Chelsea needs him right now. Talk turns to Billy. Victoria says he’s putting effort into staying healthy. Victoria will keep her ‘Pick Nick’ campaign button in case.

In the therapist’s office, Billy broaches the possibility he’s projecting his anger. She goes over his past ‘screw-ups’, some of which happened before he lost Delia. Billy wonders if he’s self-sabotaging.

Billy returns to Jabot and apologizes to Kyle and promises to listen to his ideas. Kyle’s skeptical, but Billy explains he hasn’t always dealt with the family legacy well, but he’ll try to do better.

At Grand Phoenix, Chelsea gets a call from Adam, who suggests she spend time with him and Connor. She agrees to come over.

At home, Nick calls Michael and says he needs to see Simon Black as soon as possible.

The day of Nate’s hearing arrives.

Nick Drops Out of Politics Due to...