Thursday November 14, 2019: On Young and the Restless today, Chance asks someone out for drinks, Adam pays Nick a visit, and Summer returns to Genoa City. 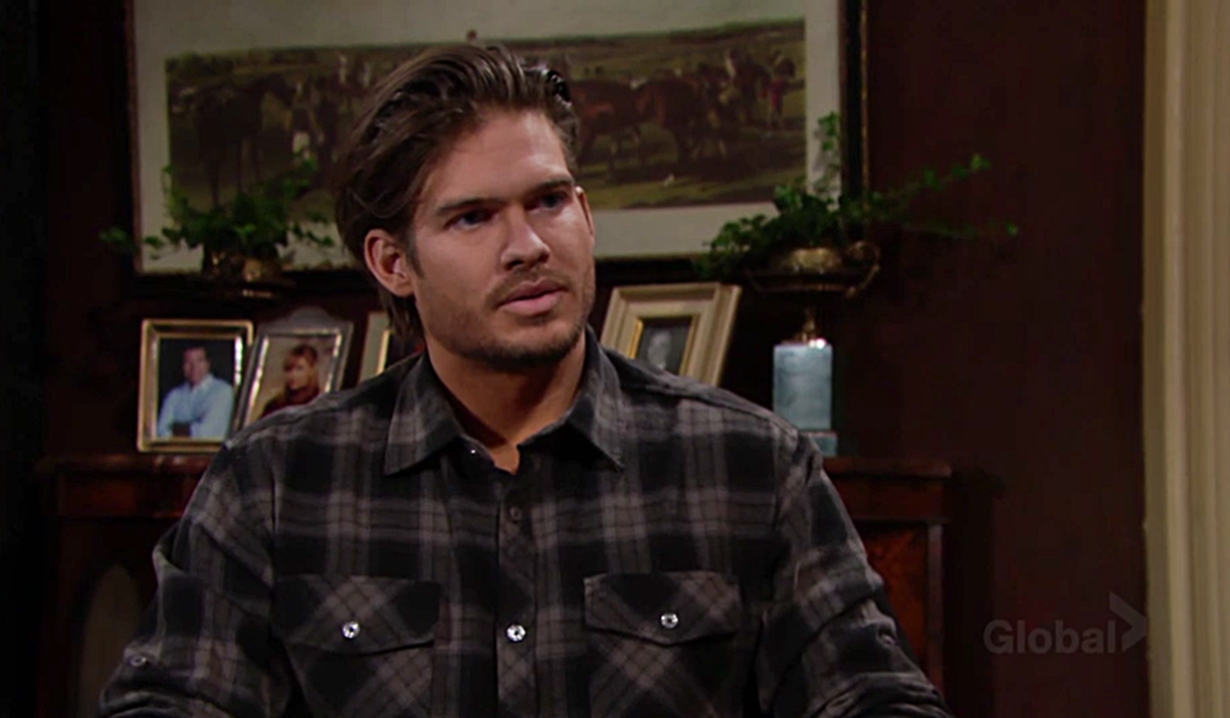 At Grand Phoenix, Abby and Phyllis try to do damage control but guests are checking out. Abby worries they won’t be able to recover. 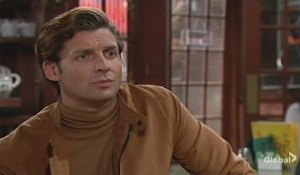 At Crimson Lights, Chance joins Amanda looking for answers. She learns he believes the will and Simon Black are linked. She explains she was contacted through email by someone claiming to be Chance and put on retainer. Devon told her she was being played but she refused to believe him. Chance thinks her likeness to Hilary was the reason she was chosen and plans to get to the bottom of it. Amanda reveals she had one phone conversation with ‘Chance’ who seemed older than she expected. Chance goes. Nate appears and expresses concern for Amanda, who smiles.

At the penthouse, Chelsea and Adam assure Connor the bad guy’s gone and he’s safe. The boy wants a security blanket he hasn’t asked for in years. Adam will get it from Nick’s.

At Nick’s house, he and Jack discuss the goings-on at the Grand Phoenix with Simon Black. Nick says Chelsea promised to explain later. Jack feels they need to get out in front of it with the campaign. Adam arrives as Jack’s leaving. Nick has Connor’s blanket but won’t hand it over until Adam tells him what he knows about Chelsea’s connection to Simon Black. Adam needs to get back to his son and doesn’t want to fight today. Nick relents.

At Jabot, Summer asks Kyle about the bomb that dropped regarding Theo. Kyle remarks on his nemesis climbing his family tree and even meeting Dina. He laments Jack ignoring his warnings and Theo sucking up to Lola. Summer understands his skepticism and doesn’t want to take sides. Kyle wishes she would. 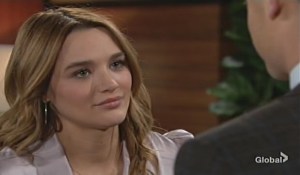 He tells her he tested new skincare products and Summer’s feeling his face when Lola arrives. Summer goes and Lola kisses Kyle. He thanks her for being his perfect match. Billy appears. “Did you forget about our meeting?” In the meeting, Billy questions Kyle’s decision-making – he doesn’t trust his instincts. Kyle snarks about the risks Billy took while CEO. Jack, outraged, interrupts the argument and hollers that they’ll have to figure this out…together. He exits. Billy tells Kyle to hit reset on his marketing plan. Kyle walks out. 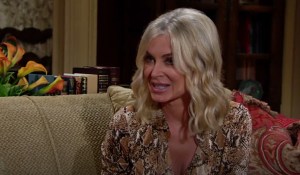 Ashley welcomes Theo into the Abbott mansion. She tells him they’ve a lot in common and shares that John Abbott wasn’t her father and she felt like an outsider. Talk turns to Kyle’s disillusionment with the situation, then Theo’s influencer business. Theo talks about his work enthusiastically and Ashley makes him an offer. “Come work for me. In Paris.” She says it’s exhilarating to walk away from being an outsider and come back on your own terms. Theo’s stunned and flattered.

More: Eileen Davidson’s There Will Always Be Christmas

Chance arrives at Grand Phoenix as Abby and Phyllis convince a couple to stay. He thanks them both for stepping up and assures them he’ll release an official statement to help the hotel. Summer arrives and greets Phyllis as Chance tells Abby it’s really great to see her again. They are chatting flirtatiously when Nate appears to check on her. 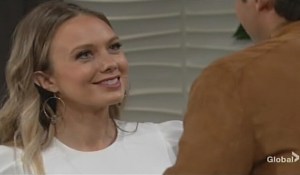 Abby recalls Nate was the surgeon when Chance donated a portion of his liver and thanks him for stopping by. Nate walks off and Chance asks her to join him for a drink later. She agrees. Lola joins Abby, who explains she and Chance know each other from way back. They glance at Summer, and Lola mentions her going straight to Jabot upon her return. Across the way, Theo enters and Summer pecks his cheek – should she call him Vanderway or Mergeron? He insists he’s the same old Theo and missed her. They head to a suite for sex.

Adam returns to the penthouse where Connor’s asleep. He carries the boy to bed. After, Adam’s upset Chelsea hid what was going on – their son suffered for that. He is not the enemy; they have to trust each other. Chelsea tearfully promises they’ll work together. Adam sends her home – Nick needs answers. Later, Chance arrives and Adam thanks him for saving Connor’s life. “It seems like we keep walking into messes.” Phyllis interrupts – she had a sneaking suspicion they’d be together.

At home, Jack and Ashley compare notes. She feels he should have eased Billy and Kyle into the transition and reveals she offered Theo a job overseas. Jack’s angry – they’re just getting to know him! Ashley points out he won’t have to live under a cloud of suspicion there.

At Nick’s place, Chelsea couldn’t tell him what was going on; she was trying to protect him and was ashamed. Nick isn’t concerned about his campaign, but she knows what this will cost him.

Chance Drops Onto Simon’s Head to...