Friday November 8, 2019: On Young and the Restless today, Devon shares news about Tucker, Theo's father appears to him and gives advice, and Chelsea tries to get Connor out of town. 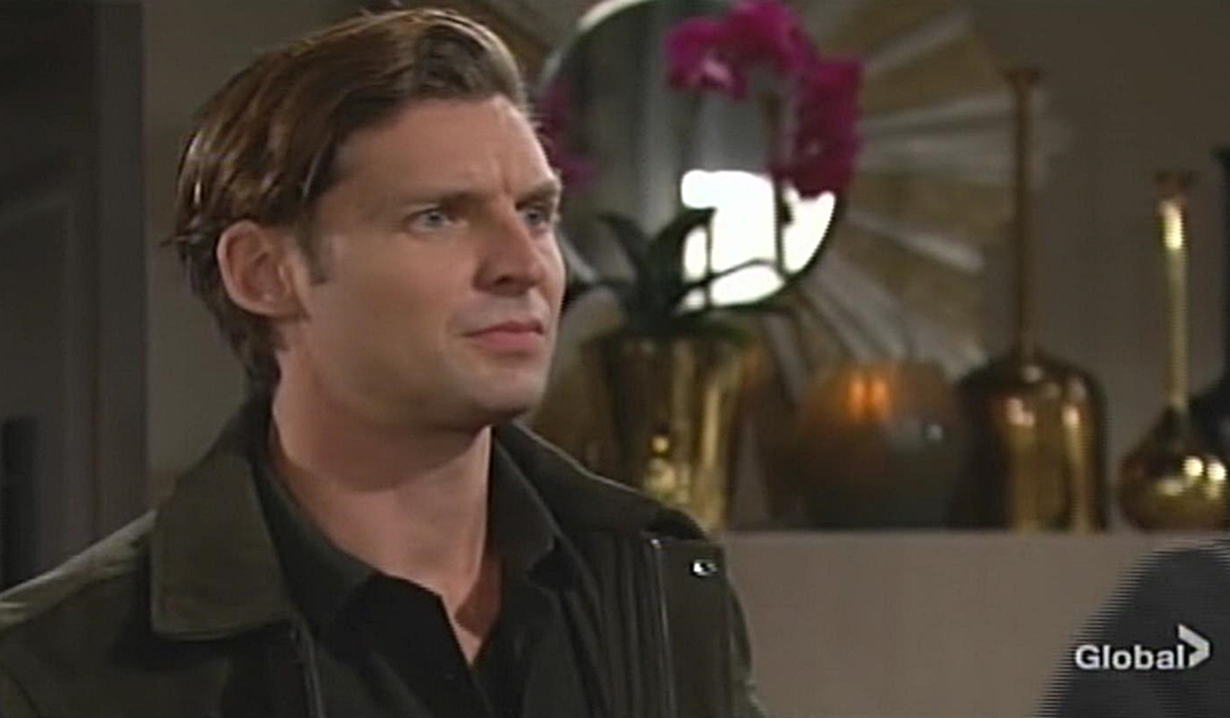 Devon arrives at home, where Elena has missed him. Devon will tell her about Tucker but wants to reunite in bed first. After sex, Elena wishes they could stay this way forever. She shares her concerns about Jett and Devon assures her they’ll take care of him. Elena asks about Tucker. Devon relays that he wasn’t prepared for what he found. Tucker was in an ashram or commune and he denied forging the will. Devon believed him. Elena’s sorry he didn’t get more answers and wonders about Chance. Devon agrees none of it makes sense – maybe Chance isn’t the boy scout people think he is.

At Society, Nate overhears Cane on the phone about his huge windfall and remarks on him not wasting any time. He asks him to be more sensitive to Devon, who has had a lot of losses in life. 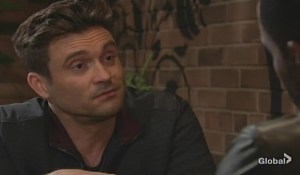 Cane reminds him the money was intended for him. They come to agree that Tucker’s to blame. Nate still can’t understand why Katherine left the bulk of her estate to Cane. He explains they were very close and tells the story of how he came to be in Genoa City and Katherine and Jill forgiving him. He wants to make Katherine proud and do good things with the money. He asks Nate to tell Devon he won’t disappoint him.

At Crimson Lights, Adam introduces himself to Theo – he knows he’s Dina Mergeron’s grandson. Theo wonders why it matters to him. Adam says his tie to the Abbott family makes him interesting. He found out he was part of the Newman family around his age and warns him it can be overwhelming. Adam also advises Jack’s a friend and not to take advantage of him. Once alone, Theo pulls out the pocket watch and says, “Dad, can you believe this?” His father appears to him and thinks it’s some story. Eric Vanderway, (played by Jon Briddell) teases Theo about his hair and Theo gets emotional. 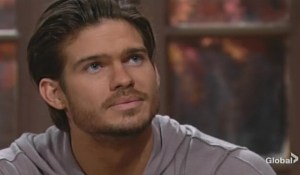 He tells his son the Vanderways were his family. Theo relays it hasn’t been easy being alone and he could use his dad’s advice – some are telling him to embrace the new family, some are telling him to back off. Eric counsels that the only opinion that matters is Theo’s. He advises Theo to go with his gut and remember the values he and his mother gave him – he has a good heart and is a good man. Theo says Dina wanted Eric to have a good life. He did and wants Theo to have a good life too. Eric disappears.

At the Grand Phoenix, Amanda is on the phone and says she’s relieved to have a tracker on her computer, so she’ll always know where ‘he’ is. Elsewhere, Simon sneaks up on Chelsea, who advises him to check out. He mocks her for trying to pass off Kevin and Chloe as federal agents and won’t leave without his money. Simon alludes to Connor and emphasizes he’s serious. Chelsea snarls if he mentions her son again, he’ll see what she’s capable of. Simon doesn’t want to bring the boy into this but if he’s pushed too far, he’ll do the unthinkable – it’s her final warning. Chelsea calls Adam to meet. Later, Amanda meets with Cane in her suite and he asks if she’s heard from Chance. Amanda is clearly relieved to be done with him and the case. Cane’s happy to secure his kids’ future. She’s working on the final paperwork, but there’s a problem… she has to go print it off. Cane laughs with relief. Amanda exits and Cane calls one of the twins to share the news. In the lobby, Nate stops Amanda, who startles when she sees a man across the way. Nate learns she mistook the guy for someone else and asks why she was frightened. Amanda blows it off. Nate advises his hearing is next week. She’s confident he’ll be exonerated. Upstairs, Cane has just concluded his phone call when Chance Chancellor, (played by Danny Boaz) kicks the door in and sucker punches him.

At the penthouse, Chelsea takes Adam off guard by suggesting he take Connor out of town for a few days. He asks what’s really going on. Chelsea insists she’s just trying to take herself out of the equation and suggests Adam take Connor to Hope’s farm. Adam recalls they got married there. Chelsea says it feels like a lifetime ago. Adam replies, “Not to me.” He wants Chelsea to come along, but she protests they don’t need her around. Adam can read her and is worried – he needs to know what she’s not telling him. Chelsea ‘confesses’ that her plate is too full and acts offended at him interrogating her. Adam will take Connor to the farm tonight. Outside, Chelsea exhales.

Billy Warns Kyle About Theo Amid...