Wednesday November 6, 2019: On Young and the Restless today, Tessa surprises Mariah, Theo is welcomed by the Abbotts, and Summer receives two urgent calls. 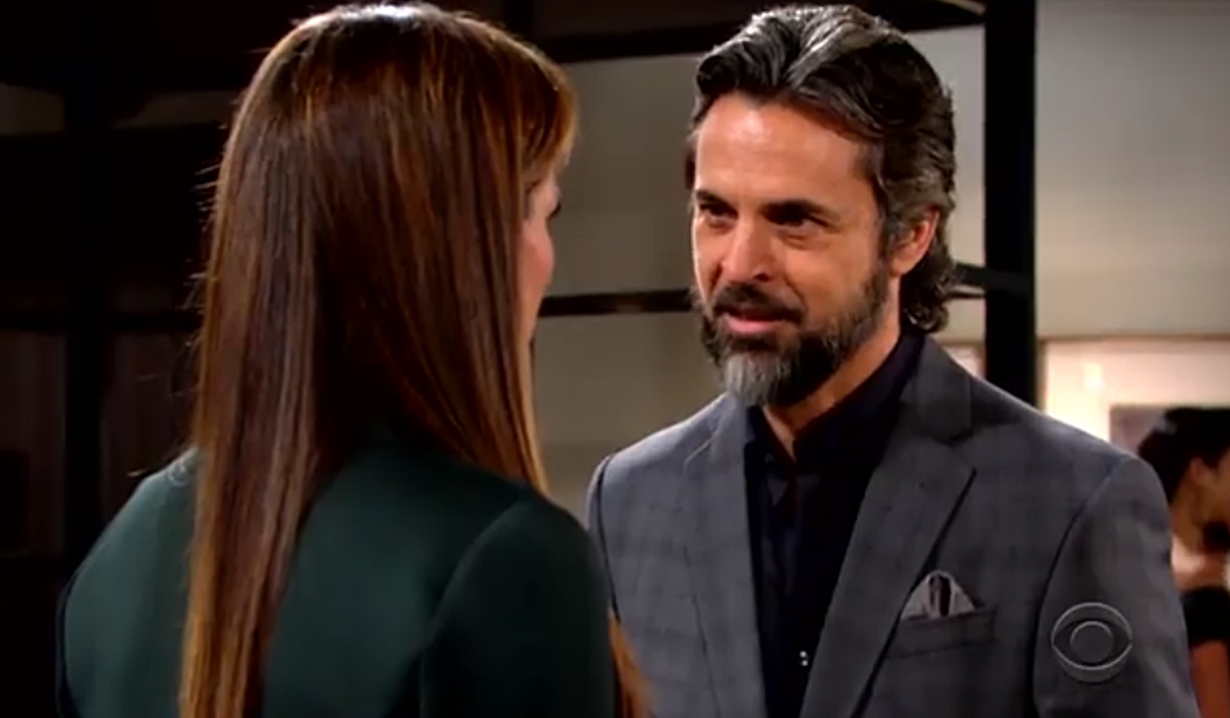 At the Abbott mansion, Traci wants Jack to slow down on plans to host a party for Theo, but Jack’s keen to get to know their half-brother Eric through his son. He tells her about the visit with Dina and wants to give Theo a chance. Traci agrees, but she’s not the one he has to persuade. Jack says Kyle will have to find a way to accept this.

At Society, Kyle grumbles to Lola about the get-together to welcome Theo to the family. Lola advises he’ll have to suck it up and deal with it. “Let’s go.”

At Crimson Lights, Theo nearly spills coffee on Mariah. He shares he’s on the way to a family thing, and updates her he’s Kyle’s cousin. Mariah realizes that’s why Kyle was in such a weird mood and suggests Theo not give him a reason to feel dismayed. She leaves Kyle a voicemail to call her then joins Sharon, who’s studying on the patio and is overwhelmed. Mariah will help her prepare. Talk turns to Mariah and Tessa’s anniversary – they love each other for who they are. Sharon’s happy for her. Mariah mentions every so often there’s a day she doesn’t hear from Tessa at all. 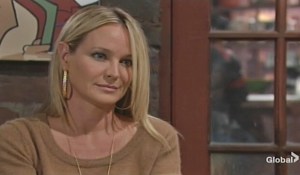 Just then, Tessa texts to invite Mariah to a suite at the Grand Phoenix for anniversary celebration part II. Mariah will get there soon and continues quizzing Sharon. When Mariah refills her coffee, Sharon sees her text conversation about trying to get away. She tells Mariah they’re done. Mariah leaves and Sharon pulls the books out again. Rey arrives and wants to help study. Sharon looks skeptical. Later, he assures her she’ll ace the test and that she’s a natural as a therapist.

At Grand Phoenix, Chelsea becomes distracted from Abby when Simon enters. Abby asks what’s going on between her and the guest. Chelsea assures her she’ll handle it. Later, Simon warns Chelsea he’s not known for his patience. After, Chloe and Kevin approach her posing as FBI agents and loudly say they’re looking for Simon Black. Simon listens from nearby as Chelsea insists she’s never heard of him. They exit, and Chelsea approaches Simon, who acts unfazed. Phyllis cruises past. Simon holds up a photo of Connor on his phone…from this morning. He exits and Chloe and Kevin rejoin Chelsea. Phyllis passes by again as Chelsea updates them Simon made it personal – a big mistake. Upstairs, Mariah joins Tessa and marvels at the romantic set-up in the suite. They kiss. Elsewhere, Phyllis listens to Chelsea’s conversation on the security footage and wonders about her connection to Mr. Black. In the lounge, Chelsea informs Kevin and Chloe that Simon threatened Connor – now he burns.

At the Abbott residence, Jack tells Lola, Abby, and Traci they owe it to Theo to make him feel welcome. Traci asks Lola’s opinion. She acknowledges the friction with Theo and Kyle and says there’s some growing up to do as Kyle enters. Soon, the doorbell rings – it’s Theo. They all greet him kindly, including Kyle. Traci tells him they’re a close-knit bunch who love to celebrate. Theo approaches Kyle and jests, “Don’t I know you from somewhere?” Kyle responds, “I know you too well already pal.” Lola frowns. They all sit and chat and Kyle rolls his eyes when Theo talks about being a waiter at a restaurant near Traci’s publishing house. Lola shares a story about waiting tables and Theo remarks, “We’d have made a great team.” Kyle snarks, “Wouldn’t you like that!” Kyle steps away and Lola follows. 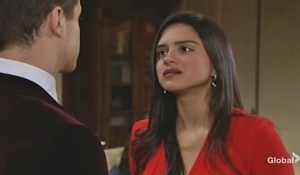 She’s leaving; that was not a joke and she doesn’t want to be around him when he’s acting this way. After Lola leaves, the Abbotts ask Theo about his influencer career. Theo assures them he lands on his feet and excuses himself for a conference call. He wants all of them to know he’s fine and had a fantastic childhood; they don’t owe him anything. Jack agrees to play it by ear. Theo thanks them and Jack and Traci show him out. Kyle asks Abby to tell him she didn’t fall for that. Abby advises him to find someone else to complain to. Kyle calls Summer to come back and get control of her boyfriend.

More: Do you side with Kyle or Lola? Vote!

At Society, Theo catches up with Lola, and tells her he’s not feeling lost anymore. She leaves to take a call and Theo phones Summer in Georgia – he’s dealing with something major and could use her back here.

Nikki and Jack work together.

Billy Warns Kyle About Theo Amid...