Tuesday November 5, 2019: On Young and the Restless today, Tessa and Mariah celebrate one year together, Chelsea is called to Adam's penthouse, and Phyllis expresses concern about Nick's campaign. 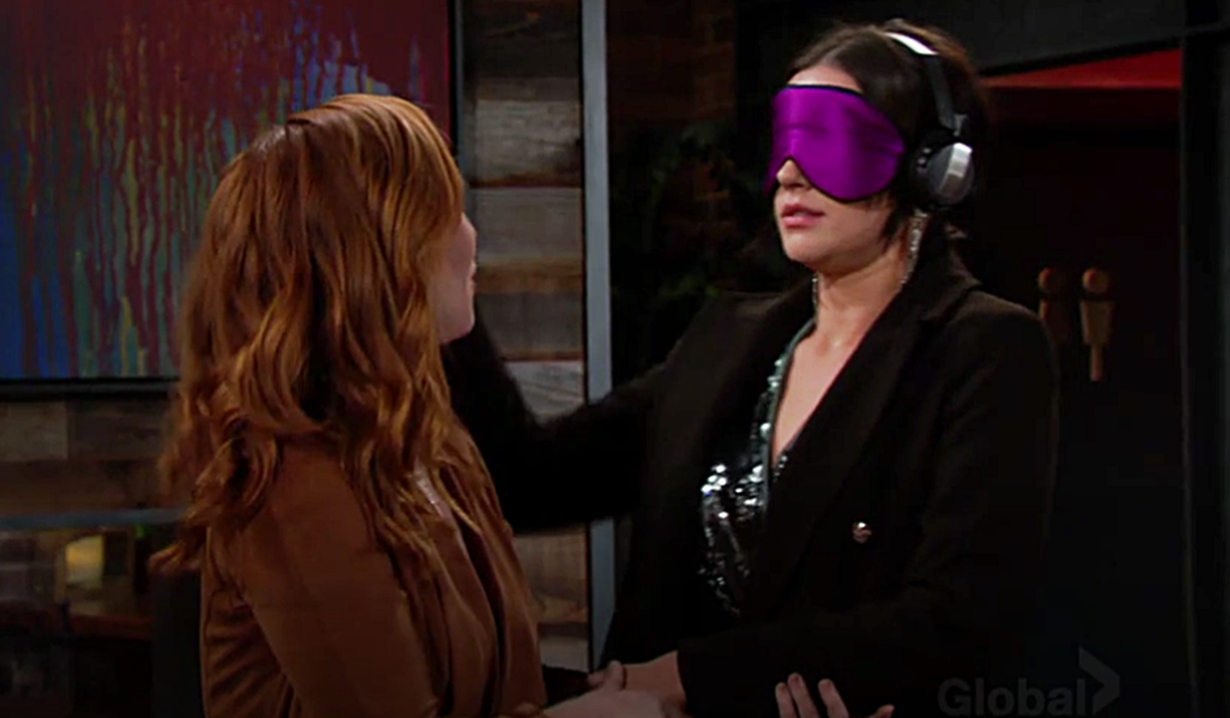 At Crimson Lights, Mariah reminds Sharon tonight is her anniversary party and Sharon assures her Tessa will love this surprise.

At Grand Phoenix, Jack’s on the phone with Kyle, who asks him to dig a little and find out who Theo really is. Jack reminds him Theo’s family which has always been sacrosanct to him. He thinks his rocky history with Theo is clouding his judgment. Kyle hopes he doesn’t have to say, “I told you so.” Nearby, Chelsea asks Abby about Simon as Nick appears, then pretends she’s merely curious about the important client. Jack joins them and Chelsea walks off. Abby thinks she seems off, then excuses herself. Jack and Nick discuss Adam. Nick feels he’ll try to play on Chelsea’s emotions through Connor but will fail.

In the penthouse, Adam rushes upstairs when Connor yells. After, Adam soothes Connor, who had a nightmare. He phones Chelsea.

At Grand Phoenix, Chelsea tells Nick she has to run because of Connor. Jack and Nick discuss his campaign and the pitfalls of the Newman name. Jack feels he’ll prove he’s his own man. 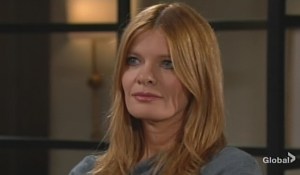 Phyllis overhears the pep talk and slow claps. She loves her two ex-husbands making things happen in her hotel. Jack goes and Nick wonders why she doesn’t seem keen on his candidacy. Phyllis is concerned politics will change him. Nick thought she’d be down for change. She worries that after a lifetime of blazing his own trail, it will be politics that turns him into his father.

At Society, Tessa’s mystified when Mariah brings her into the empty restaurant and asks her to put on a blindfold and headphones. As Tessa listens to the music, oblivious, Lola and Kyle appear. Mariah assures them Tessa is fine, and about an hour away from having her mind blown. After taking Tessa into the office, Kyle and Mariah set up for the party. Mariah asks if there’s anything he can’t do. He can’t get rid of a certain family member. 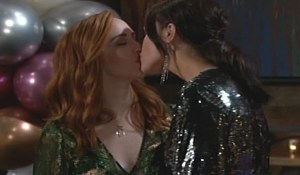 Rey, Sharon and Abby arrive, and Tessa emerges from the office to the surprise anniversary party. She kisses Mariah. Kyle jokes they should toast to him, since he was their matchmaker. Lola says they’re the best friends a girl could have. Sharon acknowledges she had her doubts but is happy to have been proven wrong. They toast to true love. Mariah advises Tessa there is entertainment and reads a corny love poem she wrote. They toast again to Mariah and Tessa’s one-year anniversary. Once alone, Tessa and Mariah slow dance and speak lovingly to one another before deciding to continue the celebration at home.

At Adam’s place, Connor runs to Chelsea – he knew she’d come. Adam listens as she gets him to focus on the things he loves with his magic eyes, including Mom and Dad. Once Connor’s back in bed, Adam marvels at her making everything okay. 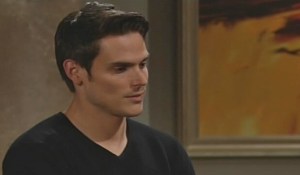 Chelsea says Connor knows her love is unconditional. Adam thinks mother and son need each other. She wonders if something caused his nightmare. Adam senses something’s going on. Chelsea claims she’s worried about violent video games and rambles about keeping Connor safe. She teaches Adam the ‘magic eyes’ distraction technique, then goes. Adam stares after her thoughtfully. Later, Connor tells Adam he likes it when Mom is there. Adam replies, “So do I.”

More: Who is right about Theo? Vote!

At the Grand Phoenix, Nick promises Phyllis he won’t turn into his father. They embrace as Abby arrives. Nick leaves and Abby strides over and warns, “Don’t even think about it.” Phyllis scoffs that with so many people accusing her of making a play for Nick, she may have to give in to peer pressure and hit that…again.

At Crimson Lights, Sharon recaps to Rey how she once worried Tessa would hurt Mariah, but they’re really good for each other. She gets emotional about her own life. Rey’s encouraged to hear she’s close to getting her degree and wants to work toward better things. She asks, “How?” He asks her to dance.

Chelsea joins Nick at home. She hates being away from Connor, but wonders if he pulled a fast one getting her over to Adam’s. Nick questions if it’s coming from Connor…or Adam.

Simon Threatens Connor to Chelsea As...