Wednesday October 30, 2019: On Young and the Restless today, Nate faces a legal battle, Chelsea joins Adam and Connor on Halloween, and Kyle disagrees with Jack. 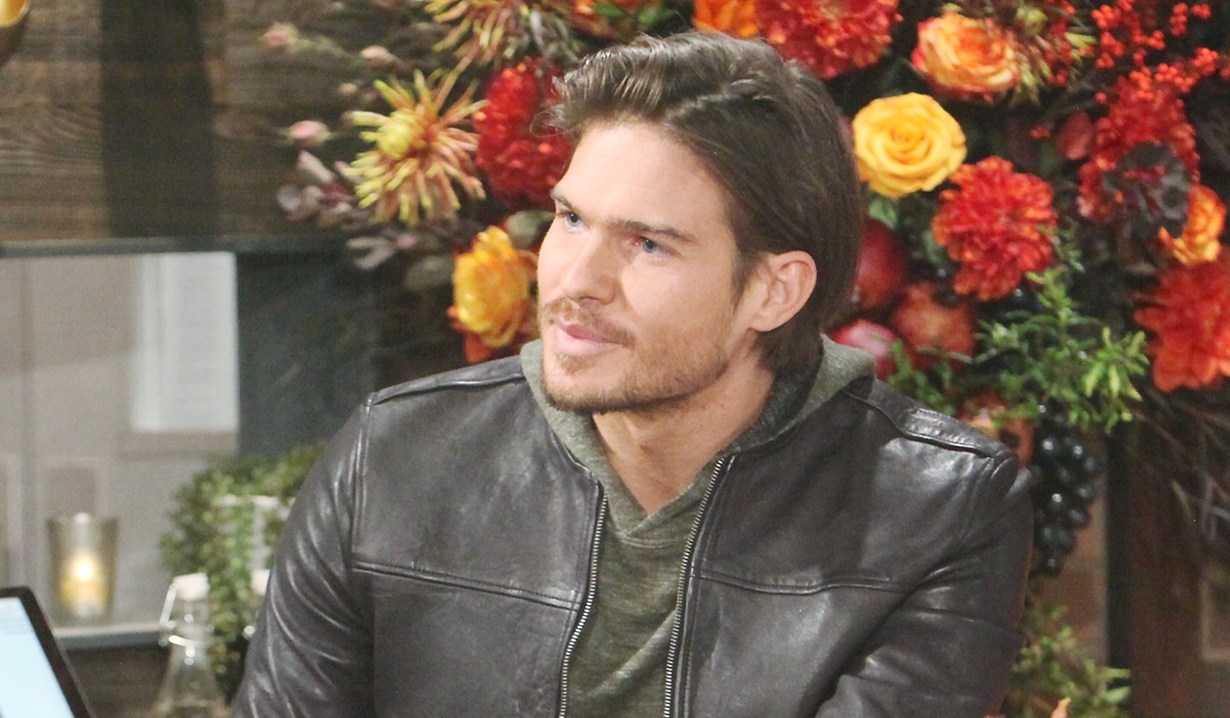 At Crimson Lights, Nick, Chelsea and Christian are in costume for Halloween as Billy and Victoria arrive with Johnny. Chelsea warns Adam’s on his way to drop off Connor. Vikki explains Katie is with classmates. 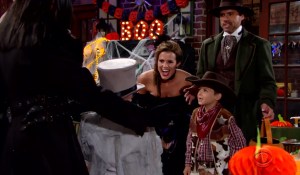 Chelsea takes a call from Adam, who says, “We have a problem.” Chelsea leaves Nick with the others to go help with Connor’s costume. Nick and Victoria exchange a look then discuss Chelsea’s situation with Adam. Nick hopes this is a temporary situation since Adam’s unfit to parent. Victoria worries Adam will use Chelsea’s love for Connor to manipulate her.

At home, Lola tries to cheer up Kyle, who is miserable that he and Theo could be related. She suggests he have some fun for a few hours at Mariah’s party. Kyle rants if Theo finds out about this, he will latch onto his family like the parasite he is. He reminds her Theo had been messing with him for months. Lola thinks Theo didn’t want to lose his friend and is over it. Kyle disagrees. He leaves to talk to his dad before it’s too late. 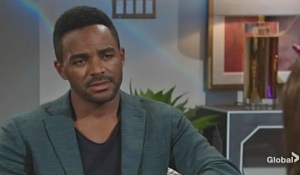 The state medical licensing board has opened an inquiry against him. Amanda asks for details surrounding his treatment of Victor Newman and why they faked his death. Nate laments he compromised his ethics but wasn’t coerced. He asks Amanda to represent him, but she declines since Devon doesn’t want her around. Nate insists – she’s persistent and his license is too important. Amanda takes his case.

Chelsea arrives at the penthouse where Adam explains Connor won’t put on his costume – he was worried Adam was trying to get rid of him. Chelsea calls Connor down. He just wants to hang out with his dad so they settle on a scary movie and convince Chelsea to make her special popcorn. Later, Chelsea’s unable to answer Nick’s call due to buttery fingers and Connor asks his mom to stay for the movie.

At the Abbott mansion, Jack tells Kyle he, Traci and Ashley want to reach out to Theo. Kyle warns Theo’s not someone you want as a member of the family. Jack points out he may already be. The doorbell rings. Jack says, “That could be him now.” It’s a trick-or-treater. Kyle insists Dina didn’t want this coming out. Jack counters the people she was protecting are all gone. Kyle begs Jack not to do this as Theo arrives. Kyle leaves. 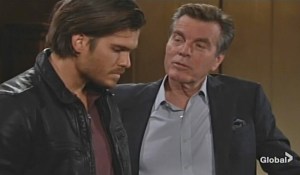 Jack explains to Theo what he and Traci found and asks if the name ‘Stuart Brooks’ means anything to him. Theo wonders, “Should it?” Once he learns the rest, Theo marvels that Jack could be his uncle and Kyle his cousin. Jack wants Theo to take a DNA test. Theo agrees. Jack wishes he’d known Eric. Theo believes he’d have liked him. Theo understands why Dina gave up her baby – she didn’t want to be shamed and excluded. He assumes Kyle’s not happy. Jack cautions it’s a lot to digest.

At Crimson Lights, Nick gets a text that Chelsea’s staying with Connor and Adam. Lola arrives and shows Vikki and Billy photos of her nephew. Billy asks after Kyle. Lola explains he needed to speak to Jack. Billy flirts with Victoria on the patio and goes to call Hannah to arrange some adult time. Victoria spots Nate and is sorry he and Abby broke up. Nate reveals he’s about to lose much more…all because of the Newmans. He fills her in, and Victoria offers to pay his legal bills. Nate declines he has to convince the board he wasn’t coerced. 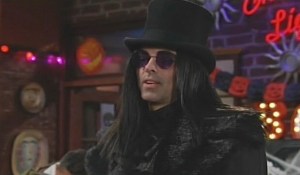 Victoria will help in any way she can. Billy returns after Nate goes, and Victoria complains Adam is the gift that keeps giving. Later, Kyle sits alone on the patio. Billy warns Nick not to let Adam mess with his life. Nick replies, “It’s easier said than done.” Theo joins Kyle on the patio and calls him ‘Cuz’. He thinks it makes sense why they hit it off now. Kyle’s done putting up with his crap no matter who his grandmother is. Theo realizes their friendly dinner was a ruse and needles that he and Uncle Jack got along great. Kyle walks out.

At the penthouse, Chelsea jokes with Adam and Connor about the scary movie. Connor falls asleep. As Adam carries him, he murmurs he likes it with the three of them.

At Grand Phoenix, Billy and Victoria toast. She feels bad Adam screwed up Nick’s night. Billy thinks he has his eyes open.

In the penthouse, Chelsea’s asleep. Adam sees the missed call from Nick and covers her with a blanket.