Jack and Traci Discover They Have a Secret Sibling, Eric Vanderway

Monday October 28, 2019: On Young and the Restless today, Nick makes a major career decision, Adam and Billy hash out their differences, and Theo tries making peace with Kyle. 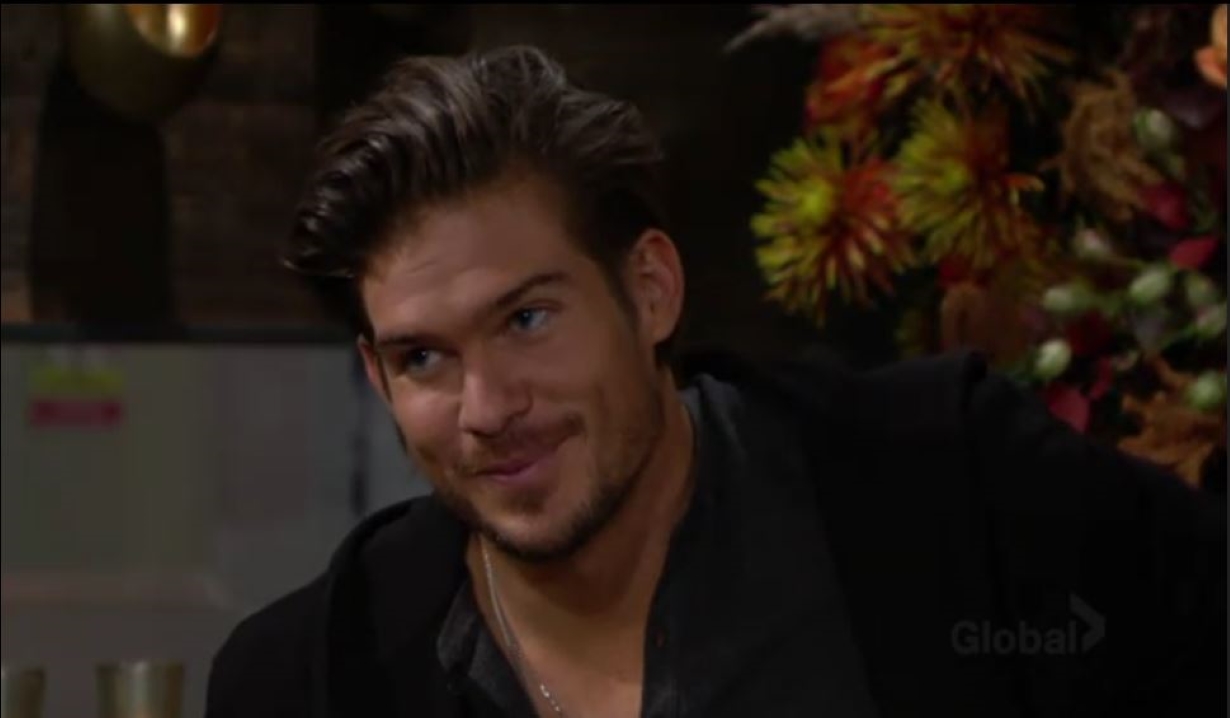 Mariah runs into Nick at Crimson Lights and they chat about the return of Adam. 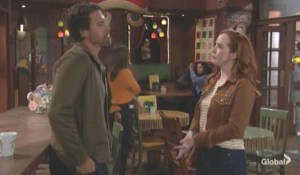 He has to swallow his hatred of Adam for Connor’s sake. Mariah is sure he will stand up for the people he cares about. Councilwoman Tammy (played by Gillian White) starts clapping and interrupts, commenting on all the good that Nick could do for Genoa City. Once the lady walks away, Mariah digs for details. Nick explains that some people think he’s qualified for public office. He likes the job he already has so he’s not going for it. 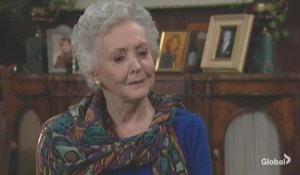 Jack welcomes Doris (played by Mary-Margaret Lewis) into the Abbott home and introduces her to Traci. They ask her what she can remember from her past with Dina. After they pour her some tea, they ask about Stuart and the note he wrote to Dina about the after-prom party. She can’t remember much. They tell her about their mom’s situation and she backtracks, admitting she knew Stuart and what happened. Doris warns they might not like what they are about to hear. She tells them that Dina and Stuart were scene partners for a study of Hamlet. Stuart was handsome and charming. Dina snuck off with him after the prom. The next day, she confessed to Doris that she made love with Stuart, but it was a one-night-stand and she returned to John. After graduation, Dina took a year off and went to Europe. No one heard from her. Jack is clueless so Traci explains their mother was pregnant. Doris explains that the child couldn’t have been John’s. After they thank her, she hopes that Dina has made peace with what happened and they can too. Jack shows her out and Traci starts looking through Dina’s boxes. The inventory from Mergeron includes a copy of Hamlet that is likely from back then. She digs it out and an envelope falls from it. It’s a decree of adoption for a boy. Dina was listed as the mother and the father was blank. The kid’s name was Eric Vanderway and he was raised by Ralph and Margaret. Jack and Traci have a half-brother. 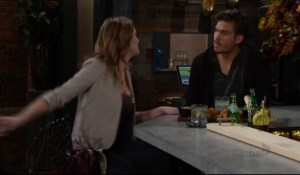 Theo is at Society, growling over the phone while sitting at the bar. He starts venting to Summer about his clients dumping him. She reminds him that she’s one of his clients and then gives him a pep talk about how his life will get better. They tease each other and then spot Kyle and Mariah sitting at a table across the room. Mariah quizzes Kyle about married life and he tells her about learning what commitment means. Summer and Theo interrupt. They are invited to sit down and things are awkward. Theo offers to pay for the last round to buy back their friendship. He signs the check, Theo Vanderway. Meanwhile, Adam and Chelsea finish breakfast and talk about their son settling in at his place. She’s confused by how fair he is acting and wonders why. She tells him how hard it is to be the ‘other’ parent. He lets her go to the game room to say goodbye to her son alone. 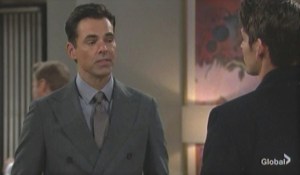 Billy shows up. They trade barbs about who has failed their families more. Adam taunts him about his ‘murderous tendencies’. He asks Billy to admit that he tried to run him down. Billy isn’t helpful and thinks this is a waste of time. He wonders where they go from here. The Abbott just wants to build a life with his children and assumes Adam wants the same thing. He suggests they both move on and stay out of each other’s business. They agree on it.

More: Jeff Branson in For All Mankind

Chelsea goes home and tells Nick how hard things are. She says Tammy called and he explains that she wants him to run for city council. Chelsea assumes he wants to do it but he’s cagey. He admits that he feels ambivalent, but she thinks it would be a good fit for him. Helping people with New Hope has made him feel amazing, and Chelsea supporting him would mean everything. She picks up a phone and urges him to call Tammy. He warns that this means that his whole life will be up for public scrutiny.

Do you remember at this time on The Young and the Restless in 2007 when, in the aftermath of the Clear Spring Building collapse, Katherine became trapped with Cane, JT and Amber, while Jack wrote Sharon a love before falling unconscious.