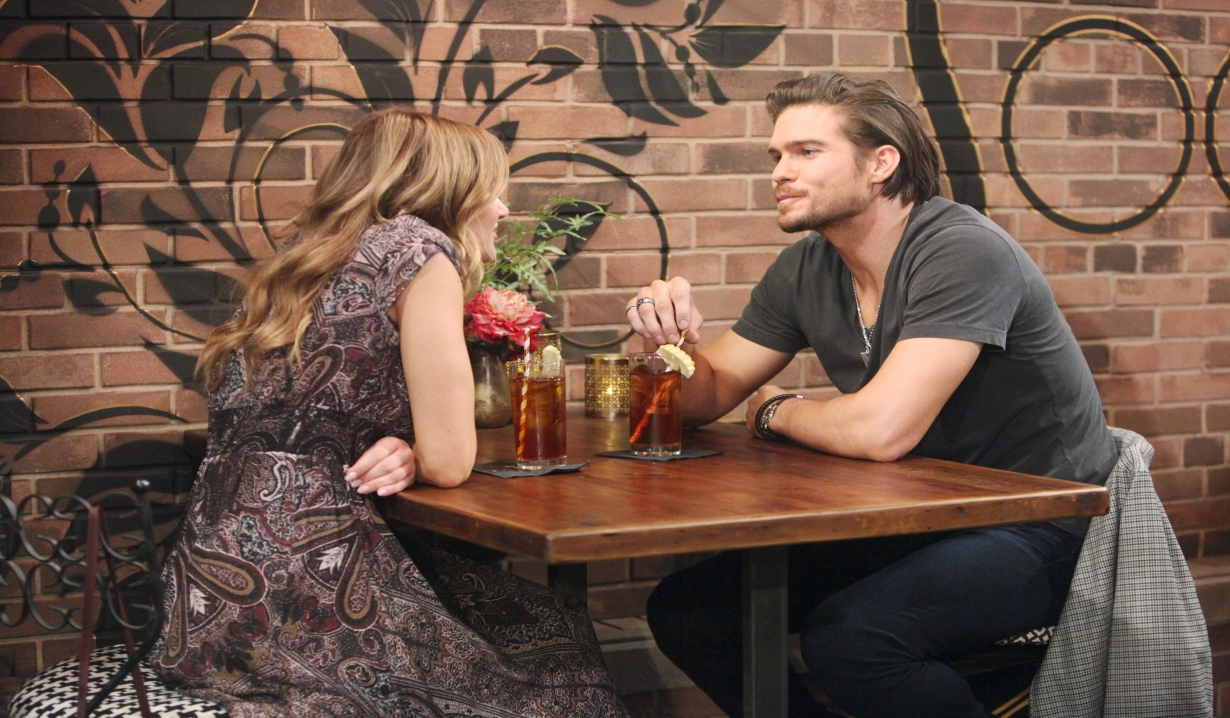 At the penthouse, Elena tells Devon she left him lunch in the kitchen. 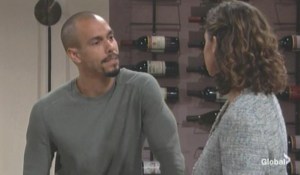 He’s distracted by thoughts of the fake will and the moral ambiguity this has created in his life. She assures him she doesn’t love him for his billions. She gets a call and wanders off. Nate drops by. Devon still doesn’t know what to do. As they weigh the options, Elena returns sobbing and explains that Jett might have cancer. They urge her to go and see him and Devon offers to pay for his care. As he makes travel arrangements, she worries to the doctor about Devon. Nate assures her he can look out for him. They hug and he looks pensive before taking off. Once she is packed up, Devon tells her the jet is ready to go. Before she can leave, he wants to know what she would do in his shoes. She’s reluctant to weigh in. He doesn’t know if he’s morally obligated to give the things he spent money on to Cane. She assures him that he can still pay the bills either way. He’s not sure Cane can be trusted. She urges him to talk to someone who knows what he’s talking about, like Lily. 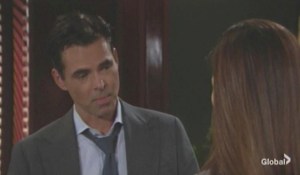 Billy shows up at Victoria’s office to surprise her. He tries to tempt her away, but she needs to work. Billy shows her some costumes he found for their kids. They catch up and she informs him that Adam is back. She’s worried about the effect this could have on Billy. He tries reassuring her and explains he’s been going to therapy and avoiding revenge fantasies. That’s a relief to her. 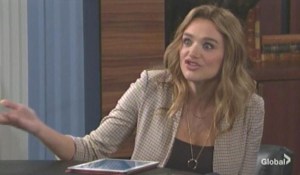 In the Jabot office, Kyle and Summer discuss marketing before chatting about his house hunting. He starts to ramble about houses and things get awkward when he brings up the house her dad was going to give them. She assures him the past is in the past. Billy strides in and they give him an update on sales and fashion shows. This doesn’t make Billy enthusiastic. Later, Kyle notices how moody Billy is being. Billy gets defensive and starts lecturing him about having to work his way through the ranks. Kyle accuses him of just waiting to see him fall on his face. Billy concedes this. They bicker and Billy insists that Kyle has been given too much power. 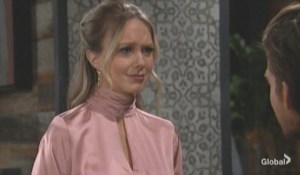 Abby runs into Theo at Society, stuffing his face with fritters. She tells him Lola is not around. They bicker. She reminds him of his reputation for stirring up trouble. If she hears he’s making trouble for Lola, she will make his life difficult. He’s sorry for giving Kyle a hard time for marrying Lola. They chat about Abby’s misadventures with Arturo. Theo’s impressed she’s stayed friends with Lola and wonders if that means there is hope for him and Kyle. She doubts they were ever really friends. Abby crosses the room to seat Victoria. She tells her about breaking up with Nate. Victoria talks about how well things are going with Billy and how happy she is with her new position at Newman. Abby tells her she’s the perfect person to take over from Victor. When Abby steps away, Summer brings Theo over to congratulate Victoria on her new job. He starts to babble about branding until her lunch date arrives. They cross the room and Theo tells Summer he would kill to work at Newman. Summer warns that Victoria will likely be even more cutthroat than her grandfather. She feels much happier working at Jabot with Kyle. He smirks. The topic turns to Abby and she vents about her sleeping with Austin. He sends a text to Lola, saying she’s missed.

Lily returns and gets wrapped up in Devon’s struggle.

Jill comes down on someone’s side. 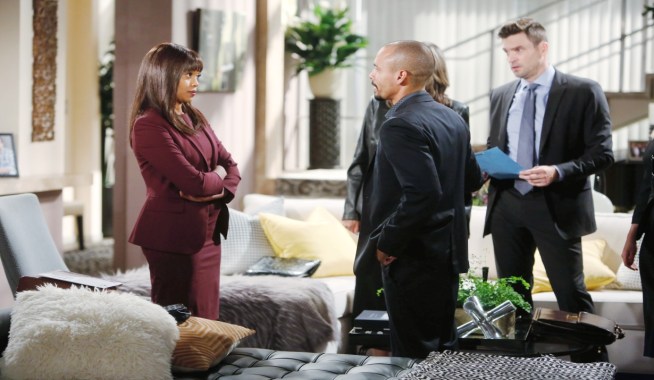 Jill Worries Colin’s Conning Devon Out of His Fortune 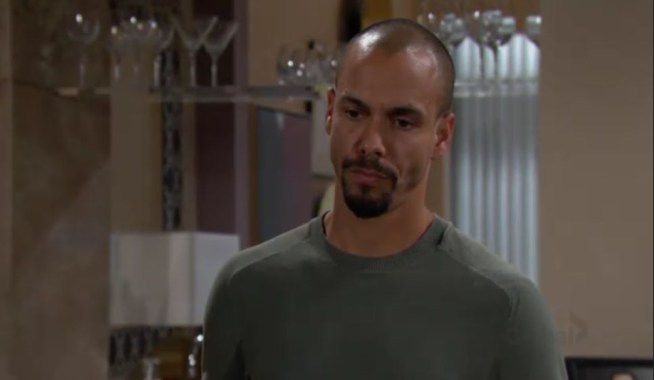