Friday October 18, 2019: On Young and the Restless today, Cane makes a discovery, Devon and Nate have different takes on Amanda, and Phyllis gets up to something behind Abby's back. 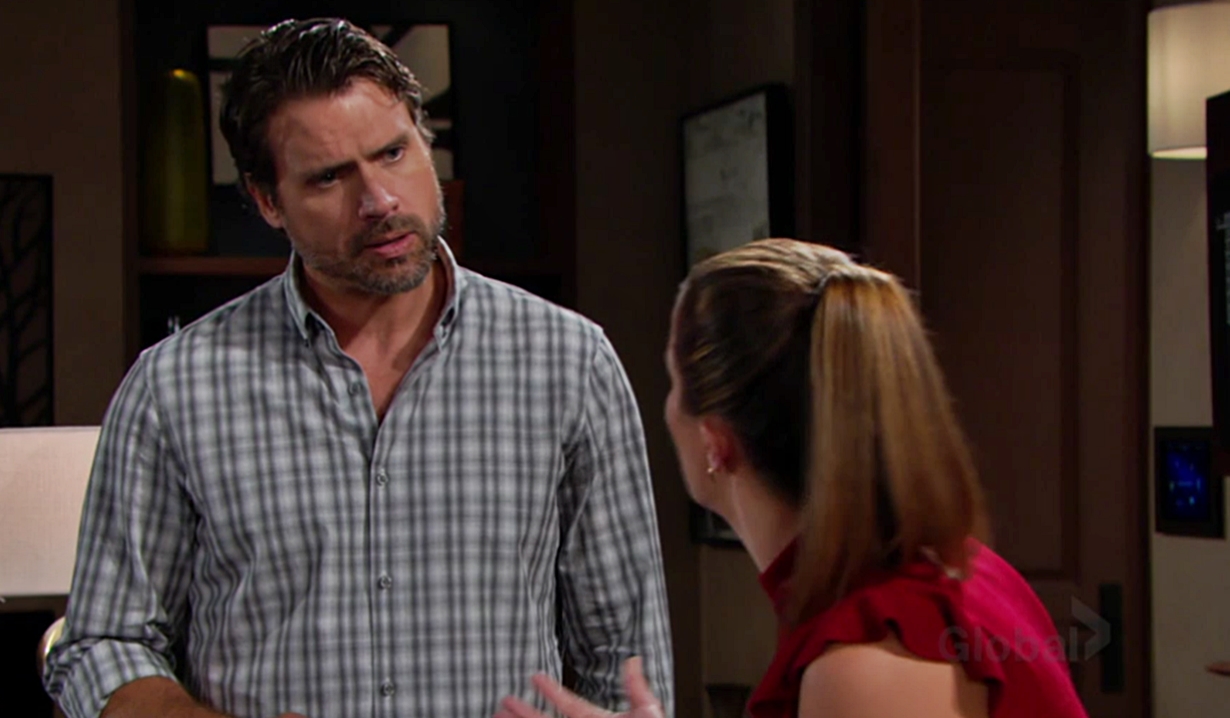 At Nick’s house, he tells Chelsea tonight was super fun and thinks they’re back on track. She hopes so. They talk about Connor deserving a man like Nick after having to deal with too much. Chelsea feels Nick’s been perfect – she’s forgiven him. She’s tired of holding him at arm’s length. Nick wants the kids in bed so he can kiss her and not stop, but can’t find Christian. Chelsea asks Connor, who says Christian mentioned an owl in the backyard. Nick checks while Chelsea gets Connor to show her Christian’s favorite hiding spots. When Christian finally appears with Nick, Chelsea holds him as he cries. Nick asks Connor, “Did you lock Christian in the garage?” Connor eventually admits he did – he was being whiny. Chelsea’s stunned. He asks Chelsea if she’ll send him away, like Dad. Connor is sent to his room after apologizing to Christian. Chelsea and Nick argue about whether Adam should come back. Nick feels she’s asking for trouble. Chelsea insists they’re already in trouble and Adam caused it, so he’s the only person who can fix it.

In the penthouse, Elena hears Devon conclude a tense business call and suggests he was harsh. 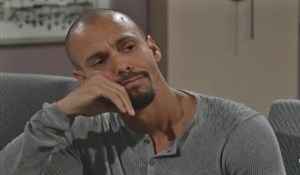 She thinks the will situation is eating him alive. Devon still doesn’t know who’s behind it and now has Tucker to worry about. He’s frustrated. Elena thinks it’s all a scam. She wonders if the ‘old jerk’ Amanda mentioned knew Tucker would be out of reach. Devon considered that, or that Tucker might be in real trouble. Elena learns Cane’s now missing too. She feels there must be an explanation. Devon hopes she’s right.

Someone closes the door to a dark room where Cane is lying unconscious. Cane awakens and turns on the light. There’s an envelope on a table containing the last will and testament of Katherine Chancellor. Cane exits the room with the envelope and calls Jill. He’s headed home and bringing the original pages of Katherine’s will with him.

At Grand Phoenix, Abby doesn’t want to discuss the security system with Phyllis, who won’t take no for an answer. They go over Phyllis’ proposal. Abby thinks it sounds good but questions who is securing the security system? Phyllis calls her paranoid, but explains no one else has authorization to access the system. Abby agrees to move forward. After, Phyllis muses that Abby’s so busy working and dealing with her miserable life, 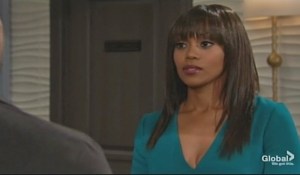 she has no idea what she’s up to. Later, Devon finds Amanda and proposes he can help her – she’s being taken advantage of. She accuses him of hoping to bribe her. Devon denies it. He would give her a letter of recommendation to take back home, however. Amanda thinks he wants her gone because she looks like his dead wife. Devon, fed up, tells her she can go home or go down in flames.

In Crimson Lights, Elena admits she was hoping Nate would stop by. She updates him on the latest on Tucker, Cane going missing, and her run-in with Amanda. Nate feels they haven’t been completely fair to her, which irks Elena. Nate explains she seems too smart to involve herself in a scam. Elena accuses him of finding her easy on the eyes, then apologizes. Nate confides he and Abby split up. He gives her the rundown on how they just turned out to be too different. Elena feels they have something special and he should go see her, and not throw it away without a fight.

Nate arrives at Grand Phoenix and Amanda asks if he’s there to play ‘good cop’ to Devon’s ‘bad cop’. Nate is there to see someone else but asks why she’s putting herself through all this. Amanda thinks it’s a good question. They end up talking about their careers. Amanda admits she’s had no cooperation from her client. Nate suggests she hand it off to her partner. Amanda’s partner died. Nate’s sorry. They wish each other luck.

Phyllis arrives at Nick’s place where he and Chelsea ask her about Adam. She worries it’s a trick to set him up. They convince her they are trying to give him a chance to do the right thing. Phyllis texts Chelsea the information on where to find Adam. After, Nick informs Chelsea he will go to Vegas and bring Adam back. 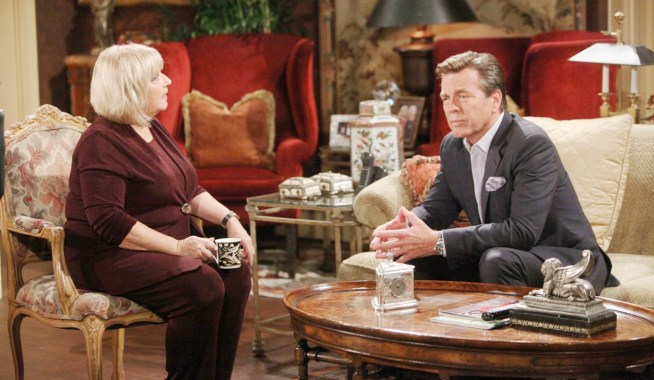 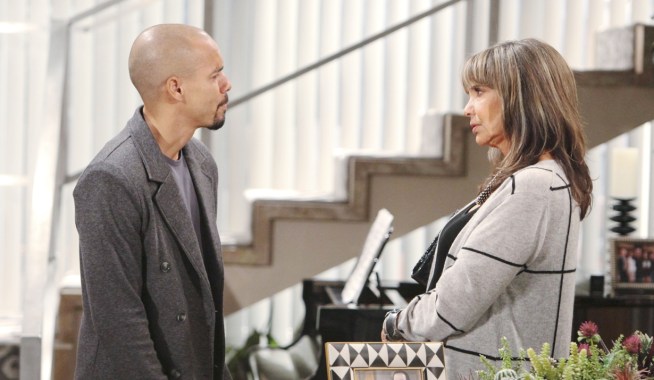