Thursday October 17, 2019: On Young and the Restless today, Connor turns a corner, Adrian Rosales returns in trouble, and Traci makes a new friend over drinks. 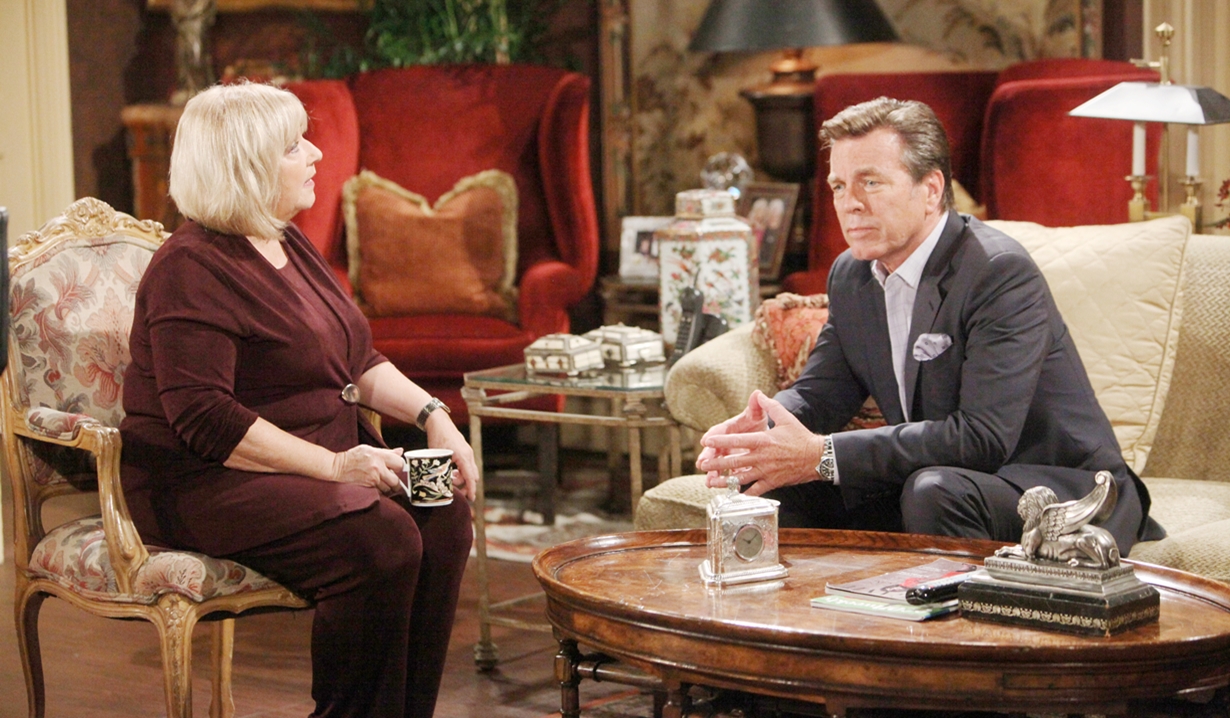 At Nick’s house, Chelsea wants him to find Adam. Nick asks if she’s sure he can help Connor. Chelsea’s uncertain but has to do something in light of the boy acting out – she’ll take every risk necessary to save her son. Nick gets it, and wants to help. Chelsea recaps what Connor’s been through. They call him out to discuss the fight at school. Connor explains the kid said something about his dad, so he hit him. 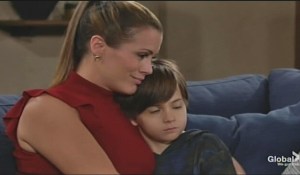 Nick gives a speech about how it takes a bigger man to take a breath and walk away. Connor nabs Chelsea’s phone to call Adam, gets voicemail, and cries. Chelsea and Nick comfort him. Chelsea reminds Connor of the loved ones who are happy to have him back. Nick gets Christian and Connor agrees to play a game of superhero charades. After, Chelsea feels Connor is turning a corner. Nick promises they’ll get through this as a family.

At home, Kyle tossed and turned all night dreaming of a screaming baby, while Lola dreamt of having triplets. They laugh. Kyle thinks she sounds a little disappointed – does she wish she was carrying their baby? Lola denies wanting a pregnancy now. Kyle suggests she see the doctor, but she thinks it’s just a bug. Lola agrees to stay home and rest.

In Crimson Lights, a man in mirrored sunglasses zooms in on a photo of Kyle on his cellphone. He later watches Kyle walk out.

In the apartment, Lola buzzes someone in, assuming Kyle forgot his keys. 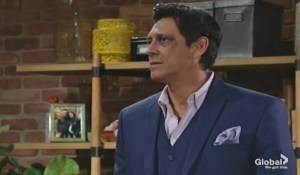 It’s Adrian (played by Jay Montalvo). Lola wants to know her father’s deal. He admits he’s in trouble and reveals a black eye. Lola’s exasperated and presumes it was over a woman. Adrian asks, “How was I supposed to know she was married?” The husband’s looking for him. Lola tells him goodbye and good luck.

In the Abbott mansion, Jack, researching, informs Traci that Genoa City used to be called Genoa Junction. Traci thinks she’s found some living breathing resources that may have the answers they want – Stuart Brooks had daughters. Traci says Chris and Peggy don’t remember anything significant but will reach out to Lori and Leslie. Jack pulls out a yearbook with John and Dina in their ‘salad days’. Leslie Brooks calls and Traci relays to Jack they remember a letter from Dina to Stuart in their archives. Kyle arrives and Jack asks if Dina ever mentioned Stuart to him. 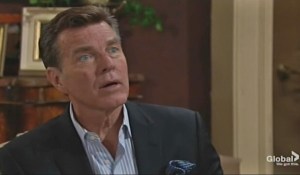 Not that he recalls. Kyle remarks on compiling the family history and wonders what Jack thinks of becoming a grandfather. Jack is disappointed to learn it was a false alarm. Kyle goes to get Mrs. Martinez’s crackers for Lola and Traci tells Jack the Brooks sisters are emailing the letter. Later, they read it and are bewildered by a quote within from Shakespeare. Jack notices smudges and Traci speculates their mother was crying when she wrote the note. Traci leaves and Jack continues to puzzle over the letter.

Kyle returns home where Adrian’s relaying his sob story to Lola, who warns her father’s about to ask for money – Kyle should not give him any. Adrian needs a place to stay. Lola asks Kyle to ensure he’s gone when she returns and slams out. Adrian manipulates Kyle that if anything were to happen to him, 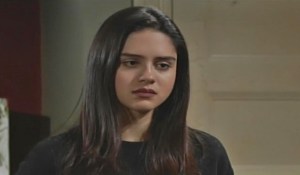 she’d likely take it the hardest. Kyle writes him a check and warns him not to hurt Lola again. Later, Lola won’t let Kyle into the washroom where she’s sick. Kyle sets up camp outside the door until she comes out and settles on the couch. Kyle asks if a part of her is disappointed Adrian is gone. Lola worries about him and reflects if they ever become parents, they’ll go all in. Kyle is 100% committed to having a family with her and wouldn’t want to miss a second of it.

At the Grand Phoenix, Adrian recognizes Traci from Kyle and Lola’s wedding. She realizes he’s Lola’s father and remarks on his shiner. He buys her a drink and chats her up, gushing about her being a bestselling author. They toast.