Tuesday October 15, 2019: On Young and the Restless today, Phyllis spars verbally with Sharon, Chelsea panics after the latest issue with Connor, and several Genoa City residents feel Nick should run for office. 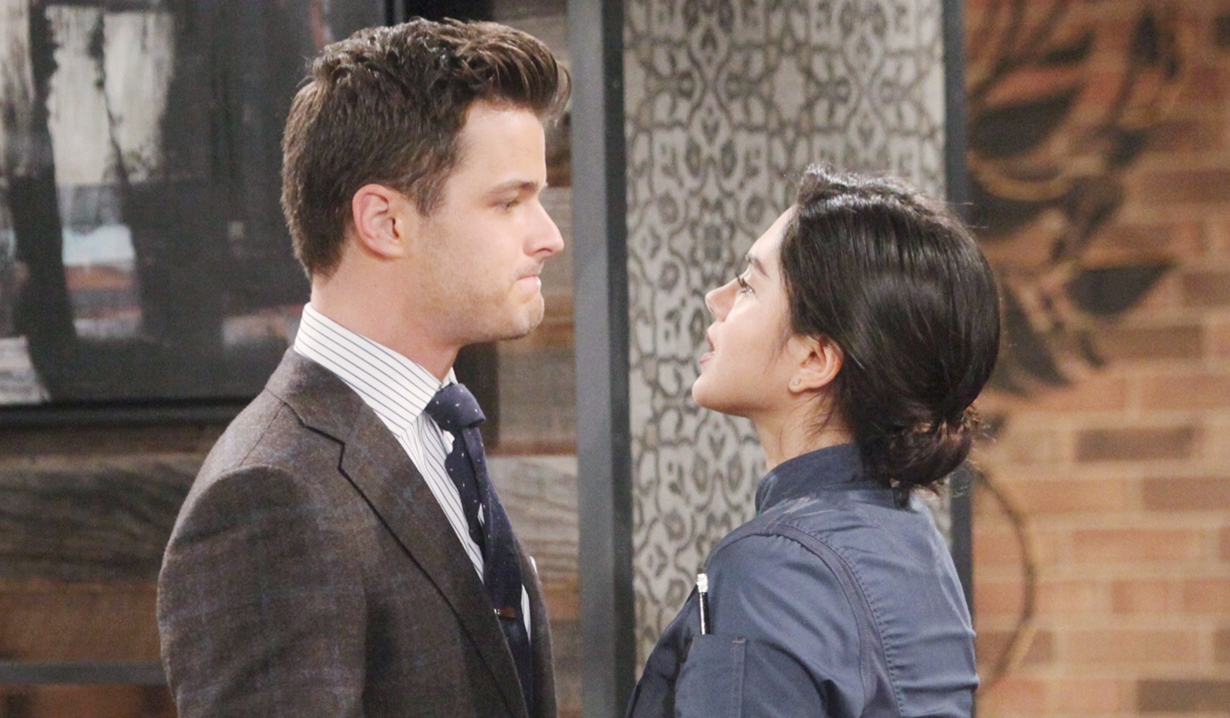 On the Crimson Lights patio, Phyllis poses as Cane’s assistant on the phone, his wife, then his girlfriend, as she tries unsuccessfully to track him down.

At Nick’s place, he and Chelsea discuss Connor’s claim he broke his lamp accidentally. Chelsea feels like a failure as a mother. Summer appears and assures her none of this is her fault. Chelsea thanks her and goes off to Connor’s school. Summer tells Nick that Phyllis fell off the radar again and she’s been fighting with Theo – Jabot’s the only place she feels useful.

At home, Kyle and Lola admire her baby nephew, Mateo, on her phone. They wonder what their kid would look like, and use an app to find out. The result looks like Bart Simpson with dark hair. 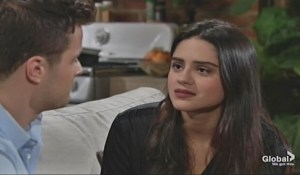 The tone turns serious as they agree there are things they want to do before starting a family. Talk turns to Jabot and Kyle remarks she doesn’t know what it’s like having to prove yourself to your family repeatedly as he and Summer do. Later, Kyle questions Lola about her interaction with Theo. Lola tells him about Theo passing out in her kitchen. He’s unamused; why is he just hearing about this now? Lola insists it’s no big deal. Kyle warns Theo’s a manipulator. Lola questions if he trusts her. Kyle shouts that he doesn’t trust Theo, who actually pranked her. Lola hollers back that she’s not naïve; Theo seems sincere about wanting to make up with him. Kyle yells that she needs to stay away from him and storms out.

In the penthouse, Devon updates Elena that Tucker’s assistant told him things had gotten weird with Tucker, who took off on a spiritual journey after ranting about the negative effects of technology. Elena thinks it sounds like a phobia, EHS, or electromagnetic hypersensitivity. Devon says Tucker left no instructions and the company’s facing a meltdown. Elena has a plan to cheer him up later.

At Crimson Lights, Devon tells Nick he wishes to double his investment in New Hope and assures him the will can’t be contested. Nikki appears, followed by Sharon, who reminds Nick she’d vote for him. 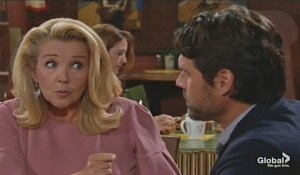 Nikki asks if he’s running for office. Nick says, “No.” On the patio, Phyllis imitates Jill on the phone and learns Cane hasn’t filed a flight plan. She wonders what he’s up to as Sharon appears and denies interest in Phyllis’ scheme. Phyllis sneers, “Even if it involves Adam being gone?” Sharon rejoins the others and makes another pitch for Nick to run as councilman. Devon and Nikki think he should do it. Devon leaves and Nikki presses Nick until he gets a call from Chelsea to come home – it’s Connor. On the patio, Phyllis needles Sharon about Adam, who claims his departure made no difference to her and thinks Phyllis is projecting after being abandoned by her fellow pariah.

Theo shows up at Jabot and Summer doesn’t want him there. He says she was right, he was a jerk. Theo feels she’s been punishing him by staying out of touch. Summer says to do that she’d have to care; Kyle convinced her she deserves better. Theo agrees and thinks he can step up. Summer doesn’t want to change him; he should just stop blaming the rest of the world for his shortcomings – it’s not sexy. Theo grimaces, then slips into his shtick about Kyle upon realizing they’re in the CEO office. Summer shakes her head. Theo reflects on having to scrap and fight for what he has – when you don’t have much you rely on ego – he admits he takes things too far and wants to change his ways.

At home, Chelsea tells Nick that Connor was in a fight at school. Nick questions Connor, who shouts about him not being his father. Chelsea intervenes and Connor calls her a liar before crying that he wants his dad.

At Crimson Lights, Phyllis snaps to Sharon that Adam didn’t abandon her, in fact, she just saw him. Sharon takes a call from Chelsea who’s desperate to locate Adam. Sharon doesn’t know how to contact him, but knows who does. Later, Sharon asks why Phyllis didn’t stay in Las Vegas. She’s not done with Genoa City. Sharon asks, “And Adam is?”

Elena welcomes Devon into a suite at Grand Phoenix; she knows he missed the jazz festival, so is bringing it to him. Devon marvels she has a recording of the entire thing and they kiss.

In Vegas, Adam contemplates Chelsea’s call but doesn’t answer. She leaves a voicemail that his son needs him. Adam doesn’t check it. He calls Riza and asks her to get him back into the action – he’s here to stay this time. “There’s nothing for me back there.”

Amanda lets her guard down. 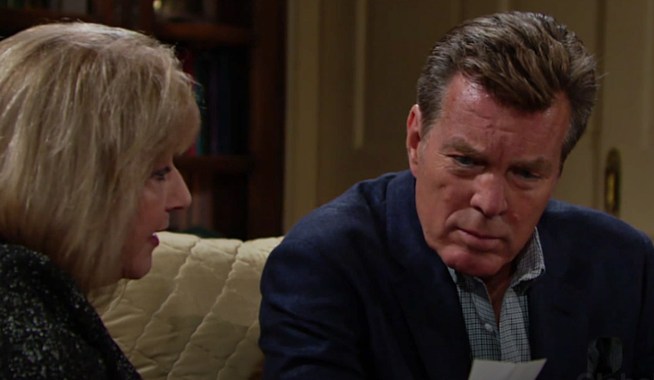 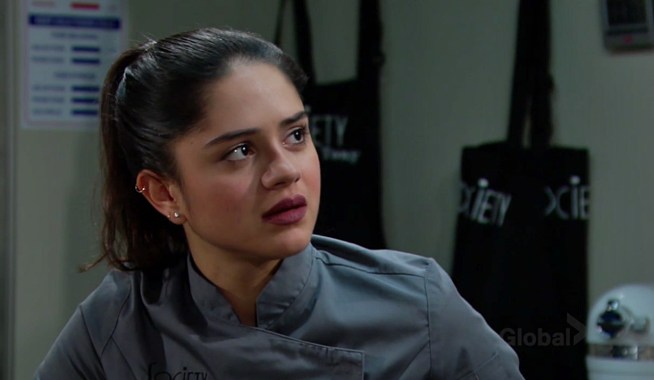