Friday September 20, 2019: On Young and the Restless today, Devon is rocked by Chance's claim that Katherine's will was altered, Summer is comforted by Theo and Kyle, and Michael updates his client. 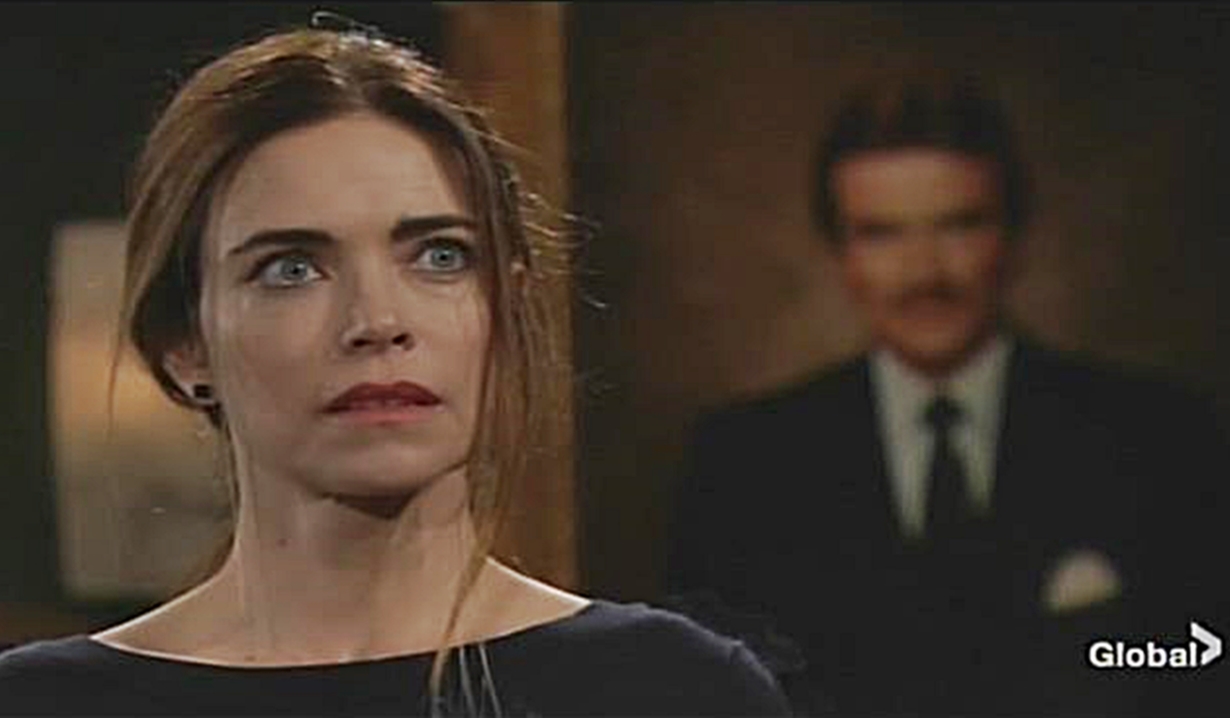 At Devon’s door he asks, “What’s this?” The Hilary lookalike introduces herself as lawyer, Amanda Sinclair, (played by Mishael Morgan). He invites her in, then paces. She asks if everything’s okay. Devon is unsettled. Amanda reveals Chance Chancellor is her client – he was made aware of a different draft of Katherine’s will; one that does not bequeath the bulk of her fortune to Devon. 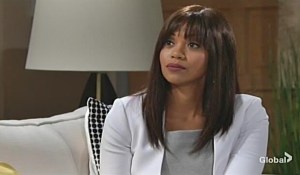 Chance learned this from David Sherman, who has since passed away, but made a deathbed confession that he altered the will and was paid to do so by Tucker McCall. Devon insists this isn’t real. He mentions her appearance and asks where Chance found her. Amanda’s bewildered. Devon informs her she looks just like his late wife – it’s no coincidence she showed up on his doorstep. Amanda is sorry for his loss and hands over her card. She’s staying at the Grand Phoenix hotel.

At Jabot, Jack and Kyle ruminate about Victor’s death. Jack asks Kyle how it felt being CEO. Kyle says it was terrifying and he loved every minute of it. Jack will keep him on as his right-hand man. They embrace. Talk turns to Kyle and Summer making a great team. Jack’s surprised he hasn’t seen her since Victor died and urges him to be a good friend.

In Chancellor Park, Summer talks to Theo about losing her grandpa who was such a strong male. 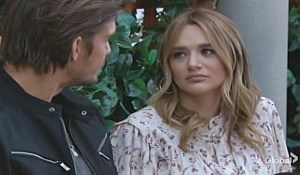 Theo says, “Whatever you need, I’ve got you.” Summer seems unconvinced. Theo opens up about his dad, who was an all-powerful presence to him, then died of a heart attack when Theo was 15 – he’d give anything to see him again and tell him how proud he was to be his son. Summer teases him about having a heart. Kyle texts Summer. Theo feels he’s not over her.

Sharon embraces Nick at his house; she’s so sorry. She tells him Faith plans to play chess in Victor’s honor. Nick relays he told Noah to hang tight for now. Sharon muses about the tragedy and Nick blurts that it’s Adam’s fault, which launches a debate. Sharon insists Adam was suffering and Nick goes on about how he sucks her in. Sharon’s borderline insulted. Nick warns the police are closing in and he doesn’t want her caught in the middle. Sharon assures him she’s moved on.

At the Grand Phoenix, Adam finds Chelsea and wants to see Connor. Chelsea doesn’t think it’s a good idea. Adam accuses her of listening to Nick instead of her heart and now thinks he can’t be trusted with his own son. Chelsea admits she hasn’t told Connor about Victor yet. Adam’s irritated. Chelsea says he’s not himself. Adam pleads not to keep him from the person he loves most. Chelsea sighs…it’s how it has to be.

At Crimson Lights, Rey and Paul approach the woman Adam bought the pills from and question her. The prescription was only available through the pharmacy where she works. They press her to come clean and issue warnings until the woman, considering her options, then asks for immunity in return for information. After, Rey calls Michael, who agrees to immunity. Rey rejoins Paul and the woman to update them. She admits she made the higher dosage capsules and forged the label…for Victoria Newman.

Phyllis turns up at Adam’s again looking for her keys…and company. They discuss his tampering with the medication. Phyllis wonders how he had planned to get Newman Enterprises and if the plot’s still in motion.

At Victoria’s house, she informs Paul and Rey the pharmacist is lying. They can search; she has nothing to hide. Once finished, Victoria agrees to get the office warrant handled so they can get the bastard who killed her father…Adam.

At home, Chelsea and Nick compare notes on Sharon and Adam. She wants to block out the rest of the world and be together. She massages Nick’s shoulders and he says he loves her. Chelsea loves him too. 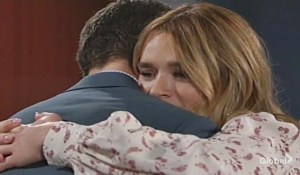 Summer arrives at work where Kyle urges her to take care of herself and hugs her. She talks about how much she misses Victor and Kyle can relate. He lets her know he’s always there if she needs to talk.

Jack joins Phyllis at the Grand Phoenix bar. Phyllis isn’t grieving Victor’s death. She cries that every time she saw his face, she remembered what he did to her; to them. Jack thought she had moved on. Phyllis just suppressed her rage. She feels Victor will cast a shadow for a very long time.

In the park, Michael calls Adam to update him that Paul called as he predicted, and he granted the woman immunity.

At Newman Enterprises, Victor’s pill bottle is found in Victoria’s desk along with Nate’s tablet. 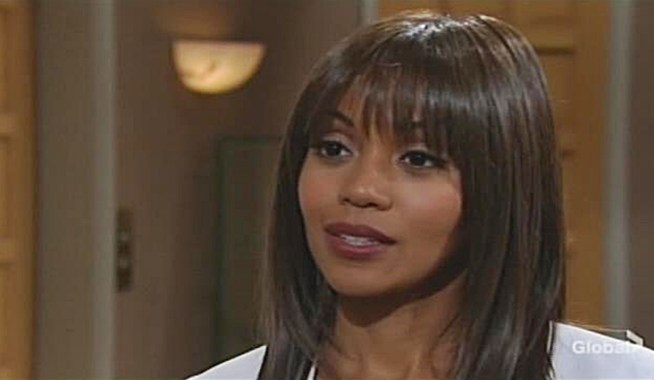 After Victoria's Arrested for Victor's Murder, Victor Reveals Himself 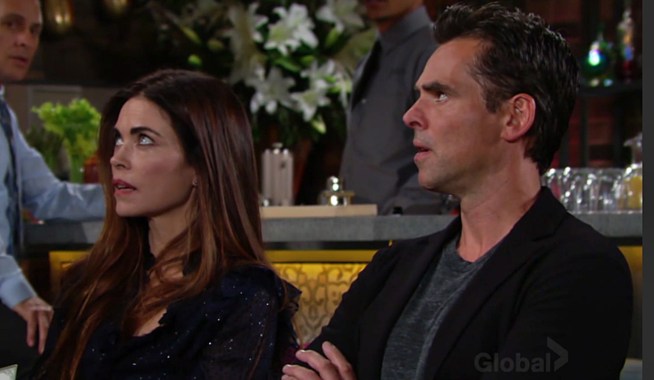