Thursday August 29, 2019: On Young and the Restless today, Adam works to find out who is behind a text, Celeste leaves, and Victoria realizes Billy lied. 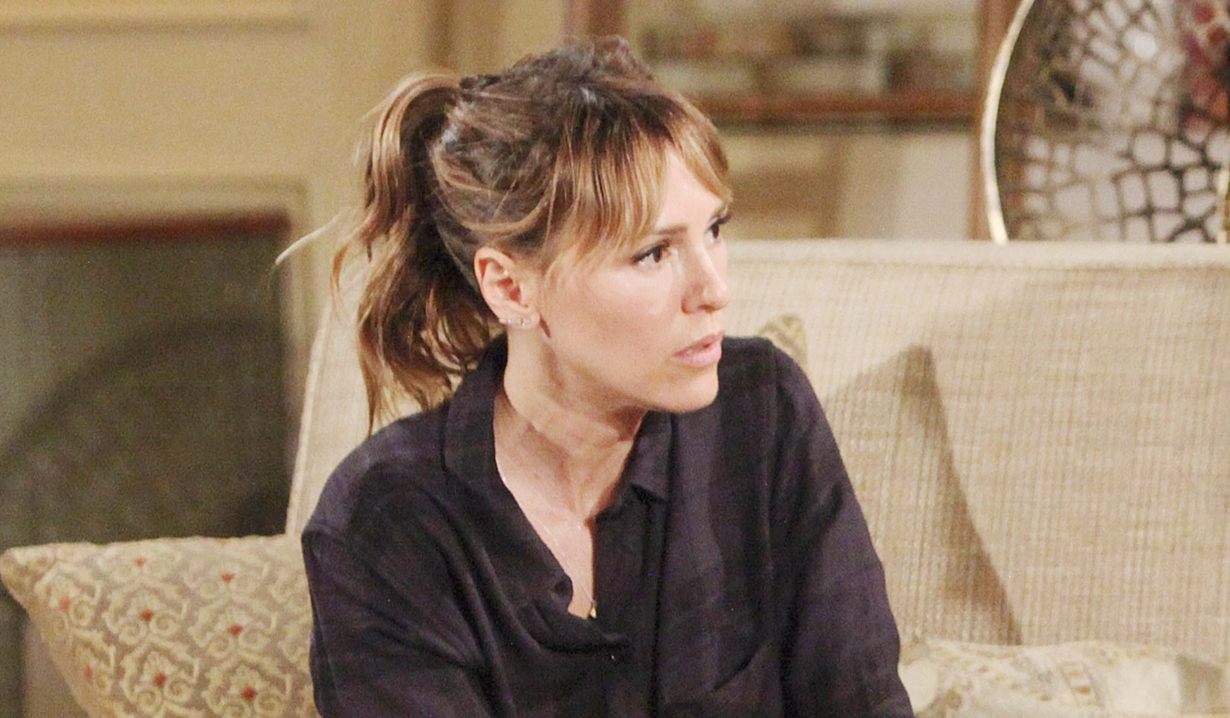 In their apartment, Kyle brags about installing the new air conditioner and tells Lola that he’ll heat her up, then cool her down. They kiss as he runs down the highlights of the new unit, then head into the bedroom. Suddenly, the power goes out. Kyle shouts, “I’ve got this!” Once it’s back on and Kyle’s let Sharon know, Lola breaks the news the fridge has broken. She’s invited Rey and Celeste for a bon voyage dinner. When they arrive, Kyle explains his new outlook on life as he strives to become handy. Lola and Rey tease each other. Kyle grins about being part of a family so full of life. He’s glad their kids will grow up surrounded by this. Celeste wonders if they have news. Lola and Kyle quickly clarify there will be no kids yet. Rey thinks it’s smart. Celeste mentions her other grandbaby, then apologizes. Rey’s happy for Arturo and will welcome his child. His mother believes there is something better for Rey…maybe with Sharon. Lola agrees; maybe he should give her a second chance. Kyle saves Rey with a toast to the family. Celeste makes a speech and is happy to see Lola and Rey still taking care of one another. Later, Kyle watches as Lola and Celeste share a farewell hug and Celeste promises not to fall for Adrian again. Kyle tells Lola he loves her after her mother exits.

More: Young and Restless alums in The Bay spin-off

At the Chancellor estate, Kevin’s stunned to see Adam at the door. Adam rants about Kevin returning and trying to mess with his head. Kevin bellows, “What the hell are you even talking about?” Adam holds up his phone with the text asking him to meet on route 7. 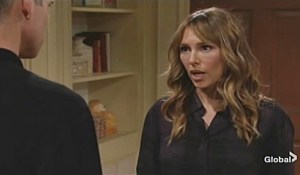 Kevin acknowledges he hates Adam and what he did, but he wouldn’t jeopardize having his family back to play mind games with him. Neither would Chloe. He tells Adam to leave them alone and get out. Adam issues a warning and exits. Kevin asks Chloe, “Tell me it wasn’t you.” Chloe promises it wasn’t her. She believes Billy sent the text. Chloe’s worried he’ll do something to really hurt Adam and feels they need to stop him. Kevin counters they’ve too much to lose. They debate. Chloe tells Kevin that Billy wished she’d aimed higher when she shot Adam and paid her a visit that felt like he’d made a decision. She wants Kevin to go make sure Billy’s safe, and says, “Do it for Delia.”

At Crimson Lights, Billy tells Victoria he needs to go out of town. 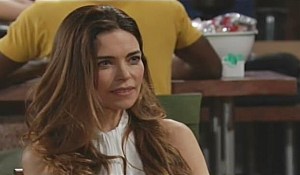 She asks where he’s going. Billy snaps that he goes where Jack tells him as she complains Jack should send someone else. Billy must go or lose his job and adds if things go as he’s hoping it will change everything. Victoria wishes she could go with him. Billy tells her not to worry – he has a feeling Adam won’t be waging war on anyone while he’s gone. Later, Kevin approaches Victoria, who’s taken aback when he asks if Billy’s happy. They discuss what he’s going through since Adam returned. Victoria reveals he’s gone to California on business. Kevin takes off.

At Society, Adam asks Mariah if she sent him a text. Irritated, Mariah says she doesn’t have his number, nor does she want to. Sharon arrives and updates her daughter on turning down Adam’s proposal and admits they had an ‘interlude’ a few weeks ago. Mariah turns the conversation to the one guy who was good for her – Rey. Sharon says Rey knows she slept with Adam, but if she could take a mulligan on a few things, her relationship with Rey would be top of the list.

Outside a building in the dark, Billy chews gum, puts on black gloves, gets into his car, and snaps a photo of the handkerchief.

At the coffee house, Victoria calls Jack and learns Billy had no business trip. Adam appears and asks what’s going on with Billy. Victoria says he’s fine. Adam relays he accused him of planting Delia’s doll in the house. Victoria wouldn’t put it past him and relays Billy’s out of town before warning him to leave them alone. He leaves and Victoria leaves Billy a message saying whatever he’s thinking about doing – don’t.

At the penthouse, Adam receives a photo of the handkerchief and a text ‘see you soon’. Adam rushes out the door.

On route 7, Adam calls out, “You wanted me, you got me, now show your face.” Billy, in his car, stomps on the gas to run him down. Suddenly, Chloe appears and pushes Adam. Billy, shocked, squeals his tires as he steers frantically trying to miss Chloe. 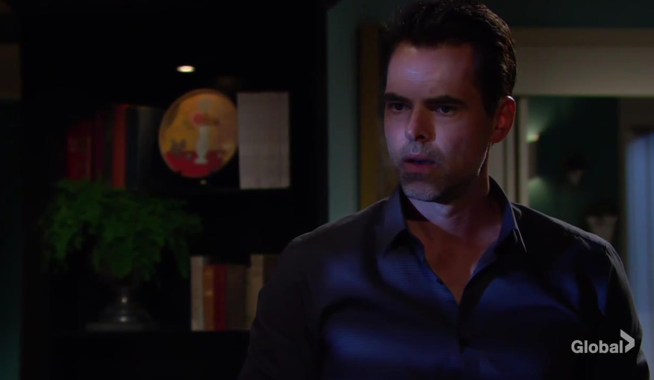 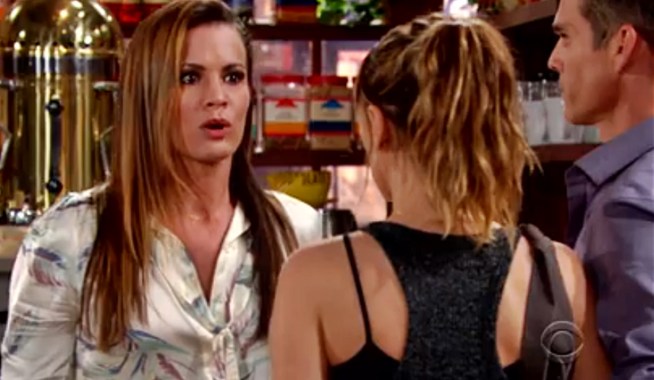