Wednesday August 28, 2019: On Young and the Restless today, Devon gets a bewildering message, Nick and Chelsea have sex, and Adam spends time with Connor. 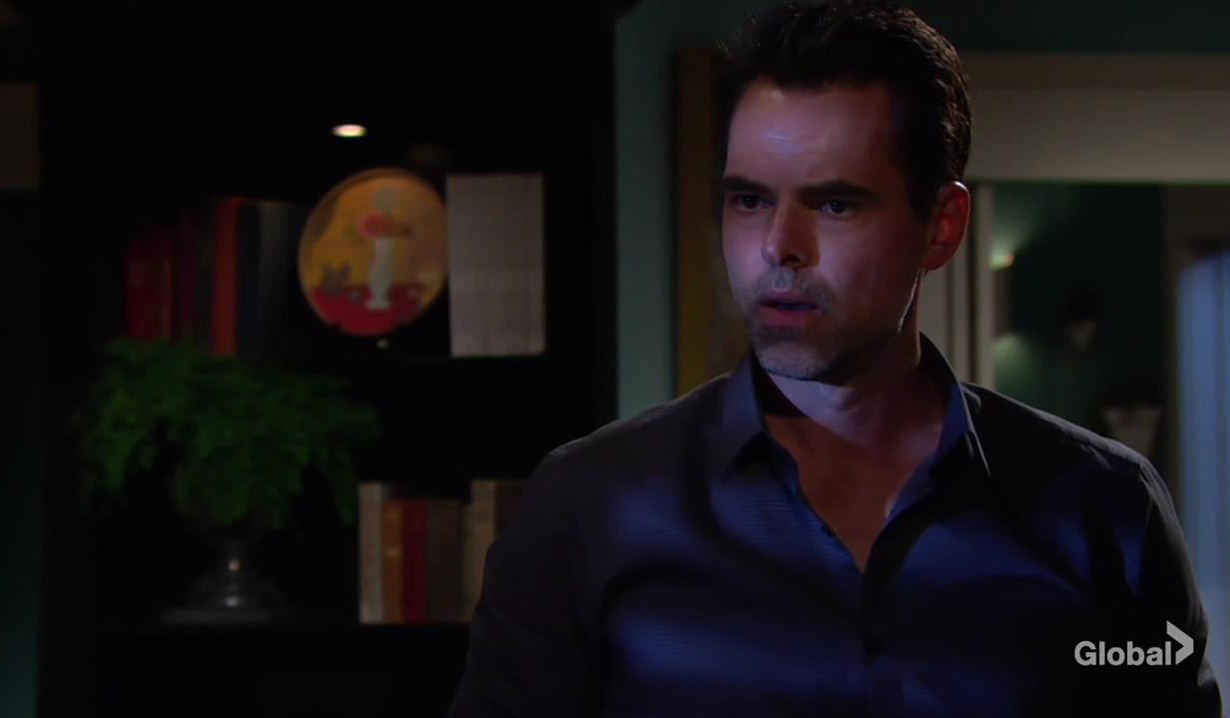 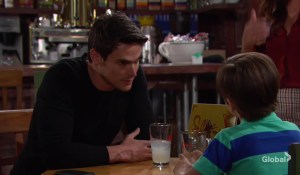 Chelsea walks into Crimson Lights to get her son and finds him and Adam talking about their day. Connor wishes he could spend more time with his dad. Adam takes Chelsea aside and tells her that he will prove that he deserves her trust. Connor exits with his mom as Nick enters. Adam wants to discuss what’s next. He wants Nick to drop the restraining order so he can see Christian. Nick is unwilling to do that unless he ends his war against the family. As soon as Nick walks off, Adam gets a call from security and runs.

More: Update on the lawsuit against Sony 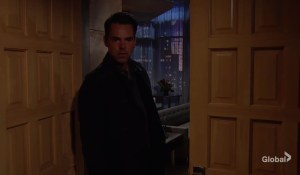 Billy has broken into Adam’s apartment and searches the drawers until he finds the handkerchief, takes it and exits. Soon after, Adam arrives and checks his alarm system but doesn’t notice that anything is gone. 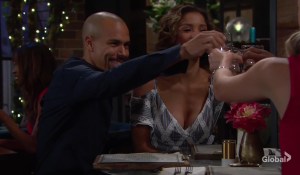 Abby joins Nate, Elena, and Devon at Society to announce Adam dropping his custody suit and to celebrate Elena getting her residency. Devon and Abby leave to take calls and the remaining doctors talk medicine. After the meal ends, Nate tells Abby that he has the morning off. She starts talking about her plans for her brand and he laughs in joy about how wonderful this conversation is. Adam arrives and ruins the mood. He assures her that he is there in peace and hands her the final contracts for The Grand Phoenix. He assures her that he has no desire to mess with her like he does the rest of the family.

More: Photos of Y&R stars paying tribute to their dogs 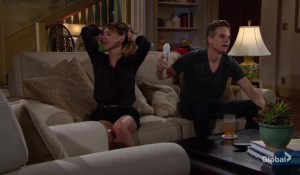 At home, Kevin uses his hand fan on Chloe as she coos. She can’t believe they are all living there again. When she brings up Billy acting bizarre, Kevin tells her that he seems to be obsessed with memories of Delia. He thought that Billy was seeking therapy, but he might be worse. Billy thinks he’s getting messages from the spirit world. That worries her and she’s determined to see the troubled man immediately. 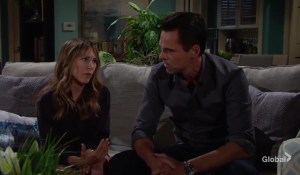 Chloe goes to visit Billy at his place and tries to get him to open up about his problems. He’s reluctant but she reminds him that she’s been through similar struggles. Billy explains that he’s talked to Victoria and a therapist. He’s still a wreck and has been waking up in random places. When he tells her about his nightmares, she assures him that their daughter is at peace. She hates to see him torturing himself because of Adam and urges him to make peace as she has. He doesn’t believe she’s found peace, but she insists she’s ending the vicious cycle for the sake of her family. Doing the same is the only way he can get his life back. He still wishes she’d aimed higher when she shot Adam. Once she’s gone, he falls asleep and dreams of Delia running away from Adam. He opens his eyes.

More: Y&R alums Bianca and Chiara D’Ambrosio in ‘yA’ 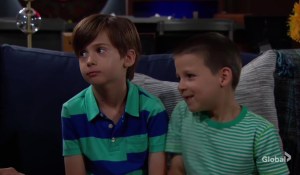 Nick takes Christian home and Chelsea soon arrives with Connor. The kids run off to wash their hands before dinner. After dinner, they play videogames and then put the kids to bed. Chelsea and Nick have some wine and he thanks her for all of her support. She tells him that Connor’s visit with Adam went well. Nick says they can’t let Adam de-rail things for them. After sharing their thoughts about the future, they make out and then go to the bedroom and have sex.

Devon and Elena are at the penthouse. She’s ready for bed but they are interrupted when an envelope is delivered. When Devon opens it, he’s baffled. It’s about Katherine’s will.

Gum-chewing Billy shows up at Chelsea’s and tells her that he knows how to handle his problems with Adam now.

When Adam gets home, he gets an anonymous text asking him to meet on the highway to get something that belongs to him.

Billy focusses his attention on Adam.

Kevin tells Victoria about something. 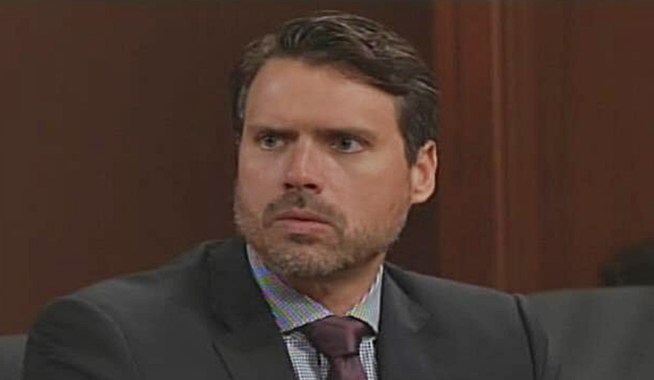 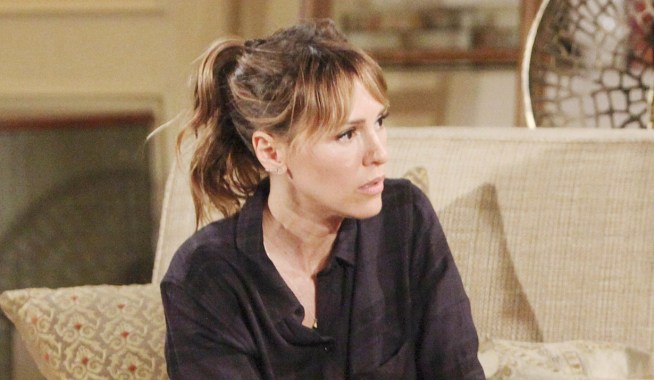