Chelsea Strikes a Deal With Abby, Cutting Phyllis out Completely

Thursday August 22, 2019: On Young and the Restless today, Sharon gives Adam her answer, Lola and Kyle look to the future, and Phyllis puts Victor on notice. 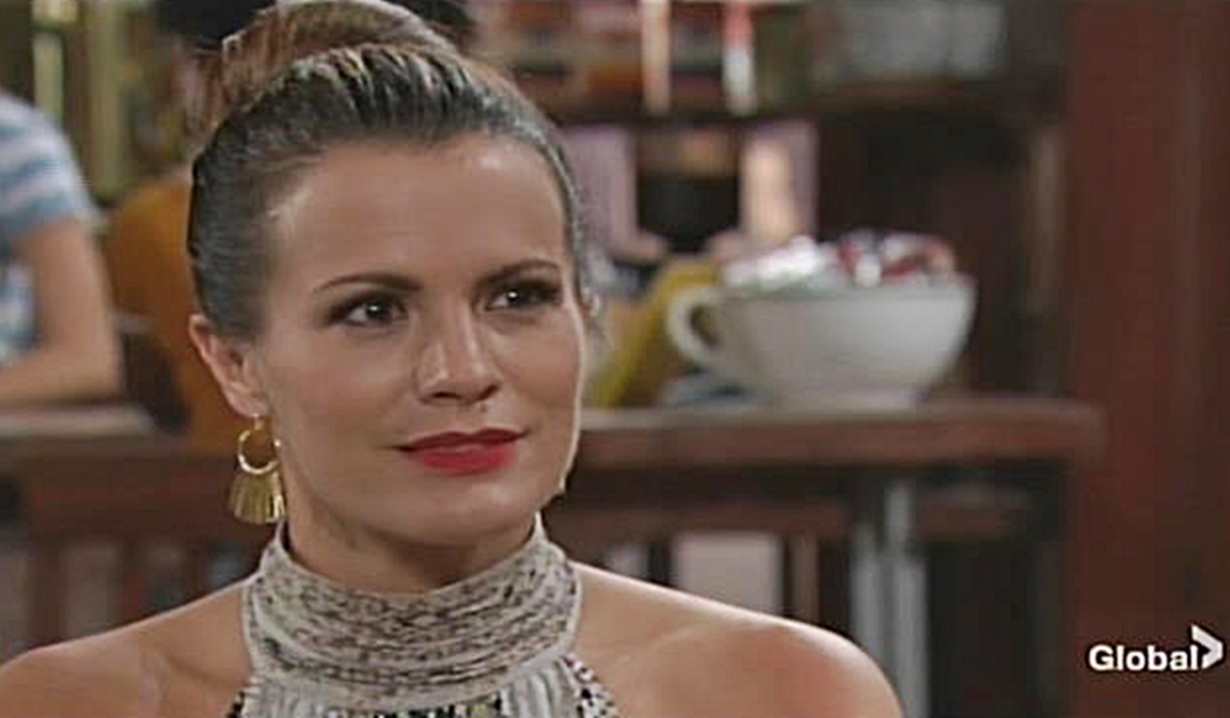 At Newman Enterprises, Nick thanks Victor for getting the restraining order. Victor says, “You’re welcome,” and agrees to join in on Christian’s visitation.

At Crimson Lights, Phyllis coaches herself to be sweet and charming. Chelsea arrives 30 minutes late and decides to arm herself with scalding hot coffee. She notes Phyllis’ fake laugh and remarks it reeks of desperation – should be fun! Phyllis fidgets as Chelsea takes forever getting coffee. Finally, Phyllis offers her an investment opportunity for her inheritance. Chelsea asks, “The inheritance you accused me of murdering my husband for?” Phyllis blows off her past catty remark and talks up the Grand Phoenix before asking for a loan. Chelsea also learns Abby owns it. She’s intrigued and will think about it. Once alone, Chelsea leaves Nick a voicemail to call her.

At Adam’s penthouse, Sharon informs Adam she can’t marry him. He grins and says, “You said ‘I can’t’, you didn’t say ‘no’.” Sharon tells him to stop splitting hairs, but he’s convinced she wants to be together. She complains about the way he’s treated his family and he counters she could help him change his ways. 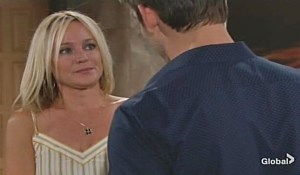 Sharon can’t fix him, and she loves herself too much to backslide. Adam insists she loves him and wants him to change her mind. Adam goes full-on into a pitch about how he feels about her, and her getting to live the life she deserves…he can give it to her. “Say yes,” he implores. Sharon says, “No.” She doesn’t want a life with him. Adam thinks she’s in denial. Sharon argues their relationship is toxic and chaotic. They debate how much they’re alike. Adam realizes Nick knowing how she feels is what’s stopping her. Sharon will not be pressured into doing something she doesn’t want to do. Adam barks at her to get out then, and return to her safe, dull life. Once alone, he smashes a glass against the wall.

On their honeymoon, Lola and Kyle return to their room in a downpour. They get into bed and lament not being able to snorkel. Talk turns to having the rest of their lives to do things together. Kyle predicts the future – Society gets awarded a Michelin star because of Lola and Kyle takes charge of Newman Enterprises and merges it with Jabot. Lola pictures a different future in which she has a successful cooking show, is pregnant, no longer works at Society, and Kyle will be working from home when the baby comes. Kyle isn’t fussy on which future plays out – he just wants to spend forever with Lola.

At Society, Chelsea meets with Abby and tells her she wants to cut Phyllis out and take her place. Abby informs her the job is hotel manager – she wouldn’t be interested. Chelsea wants to be part of something important and lasting. Abby’s uncertain, and warns her about Phyllis’ reaction. Chelsea can handle Phyllis and asks Abby, “Do we have a deal?” Later, Phyllis arrives to update her on propositioning Chelsea for a loan. Abby snaps, “I’m rescinding my offer.” Phyllis protests. Abby says she’s filled the manager position. Chelsea joins them, smiling. Phyllis snarks, “This bitch?” Abby confronts her about bragging she’d squeeze her out of the business – her dad heard her. Phyllis vows they’ll both regret this. After, Abby and Chelsea shake hands.

In the penthouse, Adam takes a call from Chelsea who wants to meet to discuss Connor.

At the Dive Bar Sharon tells Nick that Adam proposed and she turned him down. It was like he new her deepest secrets. Nick concludes he knows how to push her buttons and asks what has her so on edge. Sharon confesses he said they were alike; they have something dark inside of them. Nick declares Adam’s wrong. He’s holding her when Chelsea and Adam arrive and stop short.

Phyllis slams into Victor’s office at Newman and accuses him of sabotaging her life at every turn. 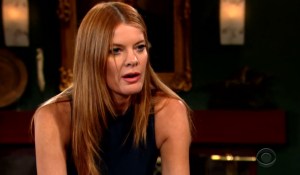 Victor thinks she should find a mirror if she’s looking for someone to blame – he merely told his daughter what she said to Adam. Phyllis complains everyone is trying to take her down. They debate whether she turned on Nikki and Victoria. Victor booms, “Don’t cross a Newman!” He predicts she and Adam will go down together. Phyllis says, “You are the one who will fall.” When she’s done with him, he’ll lose everything – never underestimate the power of a woman with nothing to lose. Victor growls, “You bring it on.” 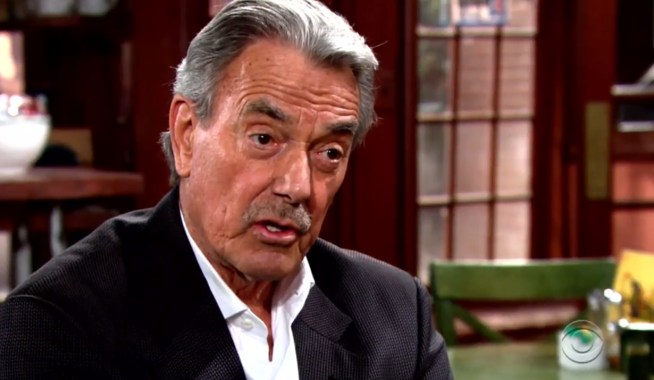 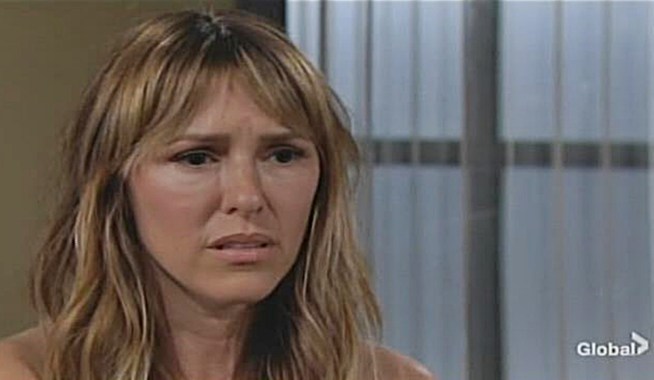