Friday August 16, 2019: On Young and the Restless today, Billy suffers a flashback, Traci and Ashley dole out marriage advice, and Jack has news for Kyle. 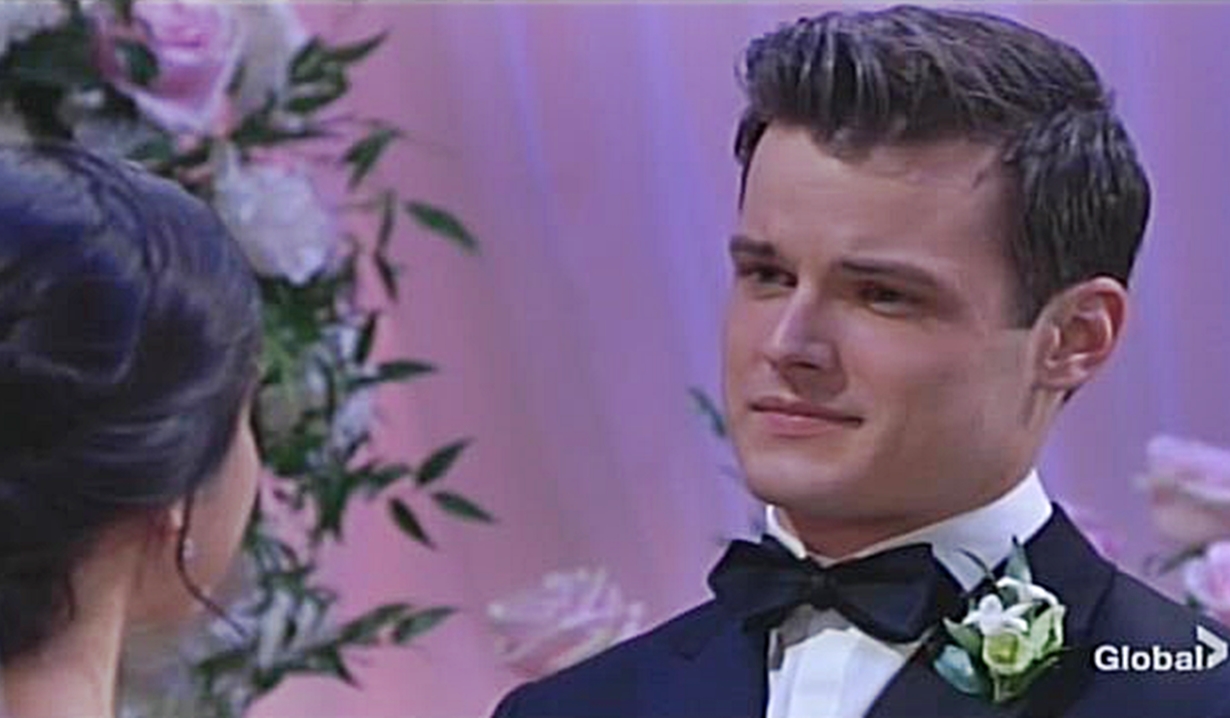 At Crimson Lights, Kyle ignores a call from Theo, then gets a text from him saying it’s the end of life as he knows it. Does he have any last wishes? After, Phyllis and Summer meet in a booth and Phyllis suggests ideas to distract from Kyle’s wedding, but Summer tells her she’s going. Phyllis asks if she’s sure; has she forgotten how much he hurt her? Summer learned she hurt him badly years ago too, and though it may hurt to go to the wedding, she intends to do it. Phyllis agrees to be her plus one.

At Victoria’s house, she calls Nick to tell him everything’s set for his supervised visitation. Billy zones out and flashes to Delia’s doll. Victoria disconnects and asks if he’s okay. He replies, “Never better.”

At the Abbott house, Traci and Ashley marvel at Kyle getting married and discuss the family’s recent good fortunes. Kyle enters holding his phone – they have a problem. 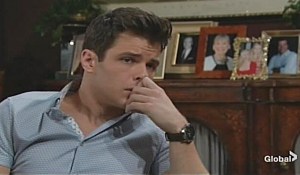 He rants that divorce is in their DNA; no one in this family has had a happy, lasting marriage. Lola deserves real happiness and a forever love with a guy who take care of her heart. Ashley and Traci agree, and Ash says, “You are that man.” The sisters point out what they’ve already overcome and dole out a ton of marriage advice. Kyle loves her; from the moment they met she was everything. Ashley and Traci joke about having the support of his very flawed family and hug him. 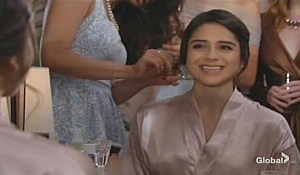 Lola marvels at having three best friends and hopes they’ll still be around when she and Kyle are an old couple. They assure her they’re her squad for life. Abby tells Lola they have something important to do. They gift her with something old – a vintage clutch, something new – Ashley’s new fragrance, something blue – a garter, and something borrowed – Abby’s diamond earrings. They share a group hug. Rey arrives and is warned not to make Lola cry. The sister and brother share a close moment as she credits him with giving her courage and confidence and teases him about being overprotective. They embrace as she says he’s the best brother a sister could have.

Devon, Elena, Victoria and Billy are first to arrive at the wedding venue. Devon thinks Kyle nailed it. Billy jokes, “Who needs weddings anyway?” then canoodles with Victoria. Kyle enters with Ashley and Traci, who gush over the decorating. Nate appears and chides that Kyle’s raised the bar. As Elena updates Devon that Nate and Abby are ‘on again’, Abby joins Kyle, who is then pulled away by Jack, who has news.

In the bride’s room, Lola is stunned when Celeste enters and hugs her. Celeste is apologetic about her plan to stay away and gets choked up; they make mistakes, but they forgive. She’s so happy Lola found someone who adores her and celebrates her confidence and strength. Abby appears and is thrilled to see Celeste. Lola asks her mother to walk her down the aisle with Rey.

In the venue, the guests are seated and Kyle thanks Jack for getting Celeste to come. Phyllis and Summer arrive and sit near the back. Abby comes out, then the Wedding March begins. 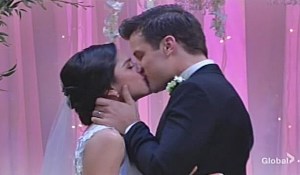 Lola appears with Celeste on one side, and Rey on the other. They walk Lola to the altar, then Celeste spots someone lurking. She confronts Adrian (played by Jay Montalvo) – he has some nerve showing up there. Adrian asks if she really thought he’d miss it. They bicker as Rey glances at the curtain and the ceremony begins. Celeste asks Adrian not to ruin the day and returns to her seat. Phyllis tells Summer, “Almost there,” as Kyle and Lola recite their vows and exchange rings. They are pronounced husband and wife and everyone applauds as Kyle kisses his bride.

Adam has shocking news for Sharon.

Do you remember on August 15, 2011 on The Young and the Restless, Abby was happy Ashley left Tucker, who was believed to have killed Diane. 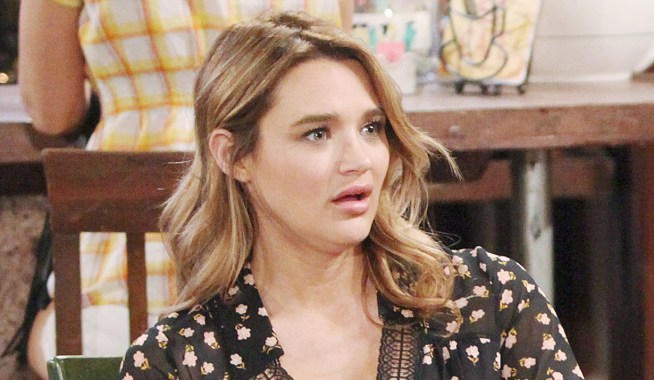 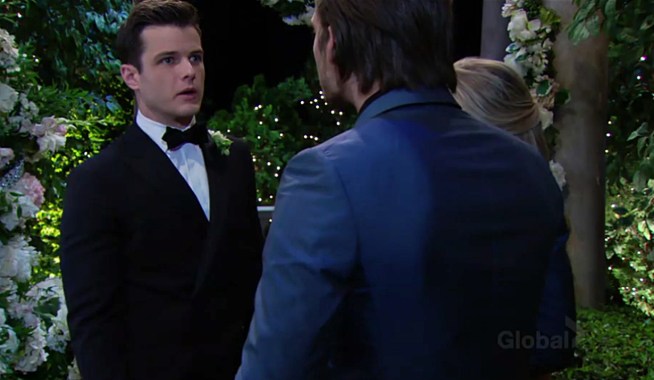