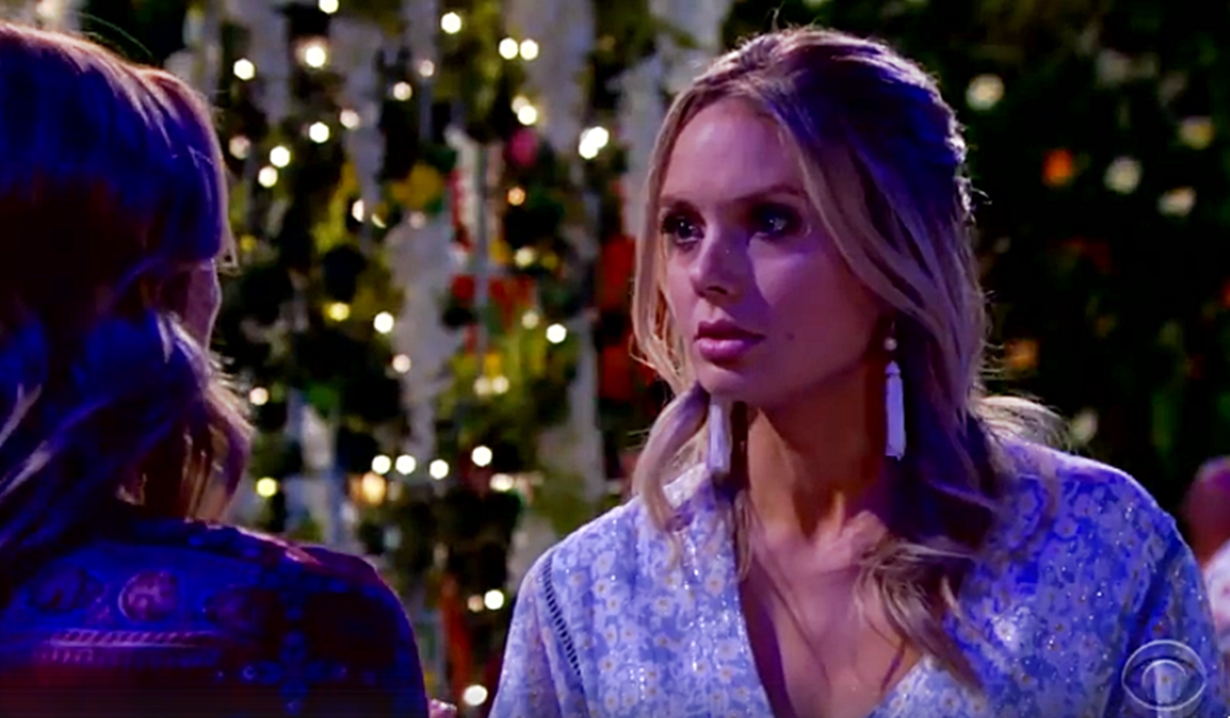 At Nick’s place, Chelsea squeals with delight as she’s reunited with Connor, (played by Judah Mackey), as Anita looks on smiling. Connor goes to the kitchen, and Anita snarks about Chelsea ‘rebounding’ with Nick and wonders why she’s not with Adam. 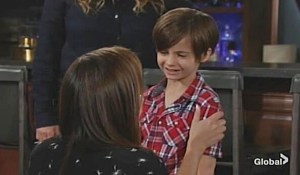 Chelsea relays the man she knew has been replaced by someone unrecognizable. Chelsea adds she and Nick are just friends and senses Anita is feeling insecure – she offers her a million dollars. Anita stuns her by refusing it. Chelsea demands to know what’s going on, but Connor reappears. Anita exits, and Connor and Chelsea discuss Calvin’s death. Connor asks when they’re going home. Chelsea wants to live in Genoa City again. Connor asks why…

At the Dive Bar, Mariah fusses before the start of the bachelor/bachelorette party and tells Tessa she’s hoping Sharon and Rey might share a rom-com moment. Sharon appears but dashes off before Mariah can tell her Rey’s coming. Nate, Abby, Devon, and Elena arrive and start dancing, followed by Jack and Traci.

Rey runs into Billy while exiting Crimson Lights. Billy has books about communicating with ghosts and flashes to the Chancellor estate. On the patio, Theo meets Summer for the party and promises to put his best foot forward, though his look says otherwise.

At home, Lola explains to Kyle why she invited Summer to the party. Kyle admires her for doing it and they canoodle. Kyle suggests they be fashionably late as he undresses her.

Rey arrives at the rooftop and greets Mariah. Sharon appears and snarks about Mariah not telling her Rey was attending. She speaks to him alone and they agree to keep their distance, but Rey mentions Adam. Sharon refuses to fight. After leaving the dance floor, Abby balks at posing in the ‘Happily Ever After’ photo booth with Nate. Meanwhile, Summer and Theo arrive. Mariah confronts them. She learns Summer was invited but feels Kyle won’t be happy about Theo being there. Kyle appears and wants Theo to go. Lola joins the fray and Theo smirks as she persuades Kyle to let him stay. 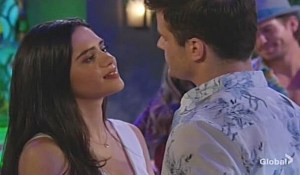 Across the roof, Sharon updates Mariah that she and Rey aren’t on good terms – she’ll explain another time. Billy arrives and Sharon joins him, Jack and Traci. Billy and Sharon aren’t up for this and leave. Nearby, Rey and Lola discuss Celeste before he drags her off to dance. Abby joins Kyle, who says Summer brought Theo there to annoy him. A little later, Mariah makes a speech for Kyle and Lola about overcoming their obstacles, then Tessa plays her Kyle and Lola song on the ukulele alongside a video montage of their childhood photos. As everyone applauds, Summer complains to Theo about the embarrassing attempt to sell their great love story. Rey makes a jokey speech next, after which, Abby tells Nate that Summer and her human Coachella were mocking the nice video – she needs to move on already. Summer appears and challenges Abby, so they step aside. Meanwhile, Jack speaks, telling Lola she has a back-up father now. Theo takes the mic unexpectedly and begins a speech – it’s almost as if Kyle’s life began when he met Lola. He wishes everyone could have seen the Kyle he knew in action. Kyle intervenes, then drags Theo aside to ask what’s wrong with him. Theo remarks, “It’s like there was something you didn’t want me to say up there.” He’s tired of Kyle’s sanctimonious crap and won’t let him forget who he used to be, while referring to a similar night several years ago – Kyle needs to get over it. 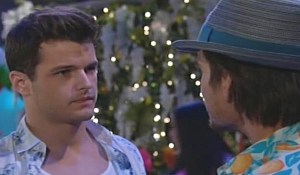 Kyle retorts she was seventeen and could have died. Theo says it turned out fine. Kyle snaps – he wasn’t the one who paid off her father. Theo will give him the money right now. Kyle wants him gone from his life. Nearby, Abby tells Summer to have self-respect and leave – Kyle doesn’t want her, she lost. Summer counters that Abby’s the perpetual loser and runs down her list of men, including Austin, as they shove. Abby screams, “Get the hell out!” Summer’s not going anywhere. Abby calls her out for blackmailing Kyle into marriage knowing her didn’t love her and never would. Summer douses Abby in ice water. Mariah rushes in to break it up.

At Crimson Lights, Billy learns Rey found Sharon with Adam and is disappointed – does he have a spell on her? Sharon changes the subject to Billy, who relays he saw a therapist, but what’s going on with him may be too much for her to handle. He updates her on the latest – he’s hearing Delia’s voice and seeing her writing on the wall. Sharon wonders if he’s suggesting it’s Delia’s ghost.

Victoria backs Adam into a corner. 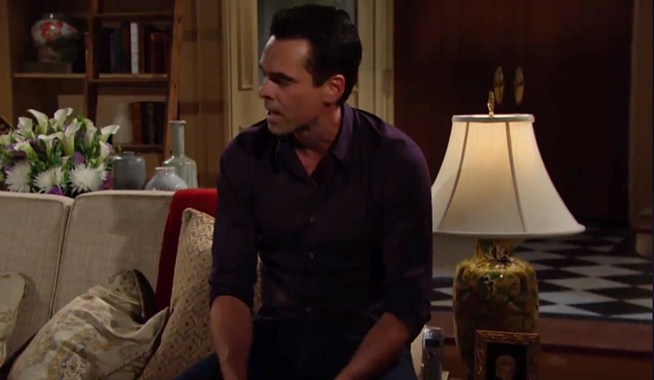 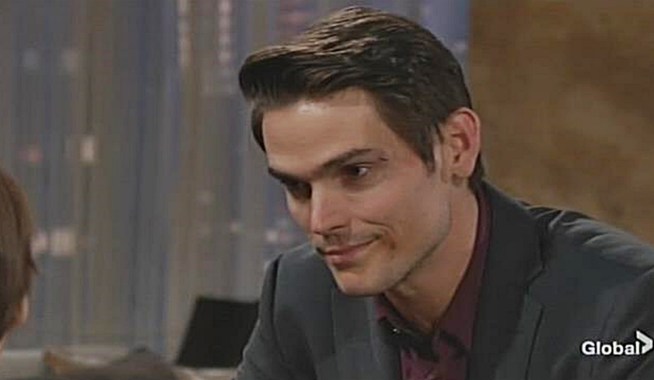