Sharon Witnesses Nick Punch Adam, Then She and Adam Have Sex

Tuesday August 6, 2019: On Young and the Restless today, Abby gets her nose out of joint, Summer receives a surprise invitation, and Chelsea makes a big decision. 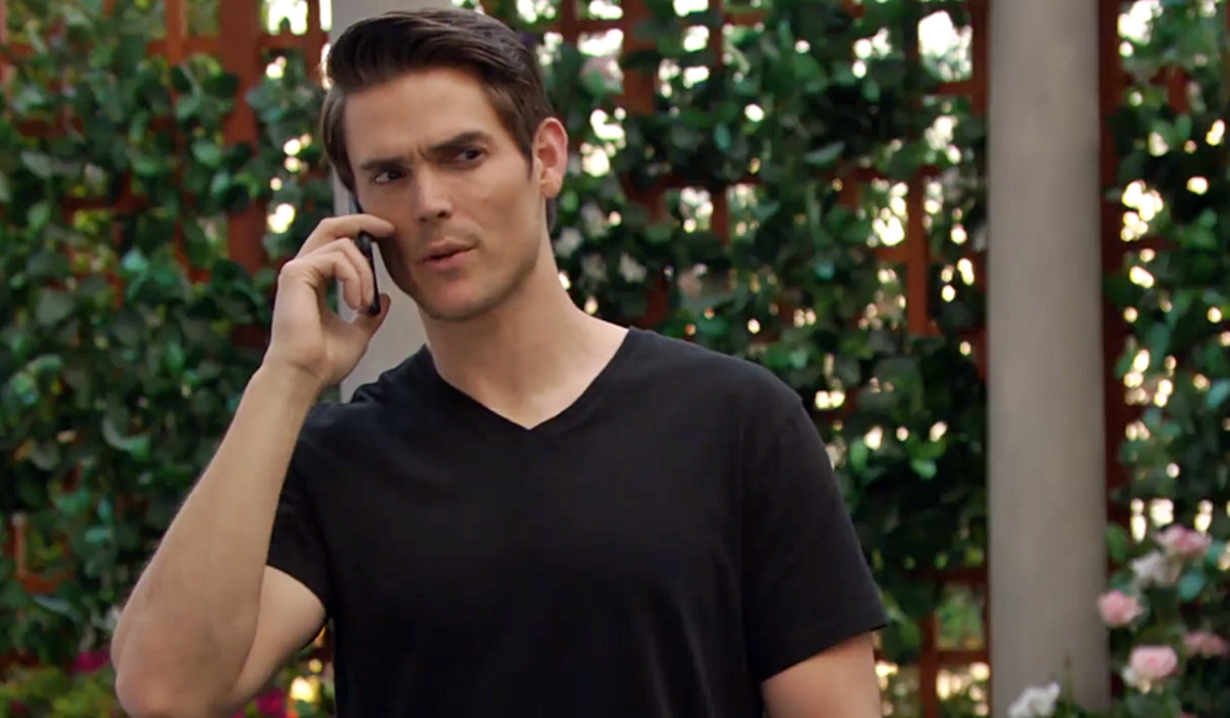 At Chancellor Park, Adam and Nick bicker as Nick informs his brother his time with Christian is up. Nick sends the boy with Monique as Adam texts someone.

At the coffee house, Mariah tells Sharon she’s doing a Miami-themed party for Kyle and Lola and invites her to come. Sharon is warming to the idea when she gets a text from Adam wanting her help.

At the park, Christian calls out, “Bye Daddy!” Adam and Nick both reply, “Bye, Son!” then square off. Adam stresses he is Christian’s real father and will tell him that every chance he gets. Nick counters blood doesn’t make a parent. Adam mocks Nick for being the last to know he wasn’t Christian’s biological father then provokes Nick into punching him by threatening to tear Christian away. Sharon arrives and accuses Nick of pummeling Adam. Nick leaves. Adam’s glad she came when she did.

In their apartment, Kyle tells Lola Mariah’s throwing a joint bachelor/bachelorette party for them. He senses Lola’s put out Celeste won’t be there, but Lola won’t let her mom take any more joy away.

At Crimson Lights patio, Lola and Kyle run into Nate who reminds her to be grateful her life was saved. Lola leaves and, inside, Theo joins Kyle. 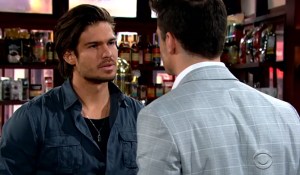 He mocks that Phyllis sure isn’t a fan of Kyle’s. Kyle warns him not to put crazy ideas about him into her head. Theo rides him about his ‘squeaky clean’ act and Kyle hisses, “Keep your mouth shut about New York.” On the patio, Christian assures Nick he is his daddy. They embrace. 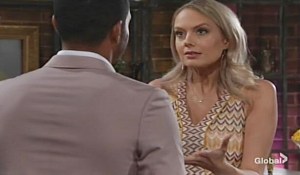 At Society, Tessa tells Abby she’s writing a song for Lola’s bachelorette/bachelor party that Mariah’s planning. Abby’s irked. Nate appears and Abby rants about being a good maid of honor who is relegated to being a guest at a party she should be planning. She’ll need a date, and will let him know. Abby storms off and Nate’s stunned.

Mariah visits Devon at home to rent the rooftop for the bachelor/bachelorette party. Elena comes in and kisses Devon before going upstairs. Mariah’s happy when Devon says they’re living together officially and hugs him. Later, Devon rubs Elena’s feet before turning amorous. The doorbell rings – it’s Nate who wants to vent about Abby – he’s starting to feel he’s wasting his time. Elena counsels him to be patient – how could Abby not realize how great he is?

At Jabot, Summer’s surprised to hear Lola came to invite her to her party; it’s a little weird. Lola wants to put the bad blood behind them. Summer decides part of her liver will be there so why not. Later, Theo joins Summer and relays that Kyle’s freaked Lola will find out something that will cause her to dump him. Summer shrugs; she’s not that bad and invited her to her party. Theo agrees to go along – it will be a chance to clear the air.

At Nick’s place, Chelsea tells Connor, by phone, that they’ll be together once she figures things out. She hangs up and sheds tears. Nick comes in and updates her on the scene on the park. He bemoans it was a set-up and he fell for it, giving Adam ammunition to prove he’s violent and relays Adam made sure Sharon showed up to witness it. Chelsea’s concerned it could be bad and relays that Connor wants to be with her. She’s scared to think of what Adam might do. Nick asserts that together they can beat him – the four of them are a team. Chelsea agrees. She calls Anita to bring Connor home.

At Adam’s penthouse, Sharon clucks about his cut, goes up to get antiseptic, then questions why Nick would go off like that.

Adam feels he hated seeing him with Christian. She wonders if he’ll use this against Nick. Adam brushes off the question and talks about teaching Christian soccer moves as Victor did with him. Talk turns back to Nick. Sharon warns about retaliating – trying to hurt him may end up hurting Adam and she doesn’t want to see that. Adam wonders if she knows how much he needs her. They kiss. Upstairs, Adam and Sharon kiss passionately. He begins to undress her before throwing her on the bed to have sex.

At Society, Mariah updates Tessa on her plans as Abby appears and snarks that she should have been consulted and accuses Mariah of taking over. Mariah invites her to contribute but she refuses and walks off. Mariah worries that Sharon doesn’t know the party is co-ed and Rey will be there. In the kitchen, Lola tells Kyle she invited Summer to the party and they vow not to let anything ruin what they have.

Billy is haunted by his dreams.

Billy Must ‘Stop Adam Now’ After...