Nick Warns Adam’s Dangerous, Tells Sharon She Must Choose a Side

Thursday August 1, 2019: On Young and the Restless today, Mariah and Tessa celebrate, Abby runs out on Nate, and Devon teams with Nick. 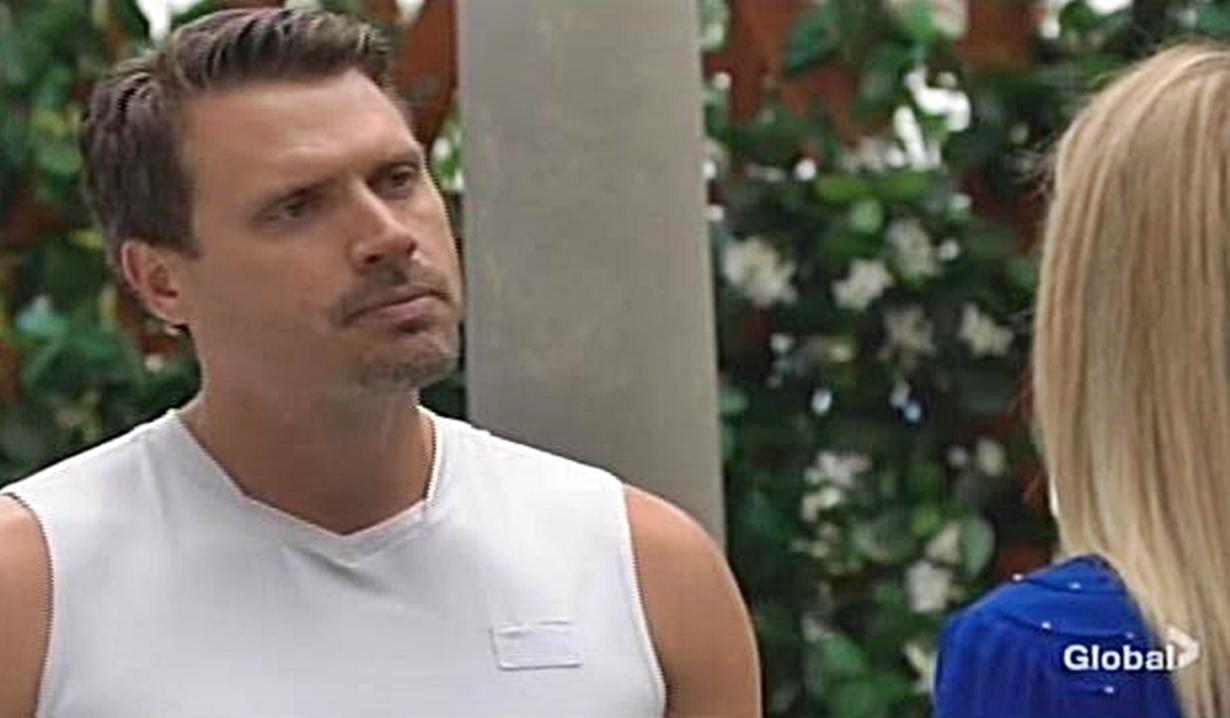 At Crimson Lights, Mariah realizes something’s wrong with Sharon, who admits Rey moved out last night due to Adam-related things. Mariah’s dismayed she agreed to help Adam and tells Sharon she would have walked out too. She warns her mother she must learn to say no and let Adam look after himself. Mariah isn’t sure if Sharon’s addicted to Adam or the drama, but she needs to cut herself loose and choose better; choose love.

At Society, Nick looks at sketches and tells the designer it’s exactly what he was looking for. Nearby, Tessa chats with Lola about how far they’ve come. Lola wonders what she and Mariah are celebrating tonight – Mariah called ahead for champagne on ice. Tessa’s mystified. 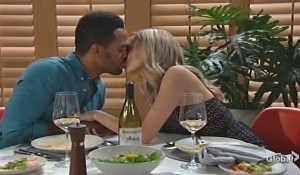 In Nate’s kitchen, Abby fishes to find out what’s for dinner; she hasn’t eaten since breakfast. Nate has her close her eyes then feeds her a taste of something incredible. She’s turned on and thinks he’s a keeper. She gives him ‘all of the stars’ after the meal, and Nate invites her to join him at the Grand Canyon. Abby would be stressed to leave Society and reminds him she’s not ready for a commitment. He’s confused. Abby feels they’re two people having fun and doesn’t want to make more of it. She leaves early and says, “See you around.”

In Devon’s penthouse, he surprises Elena with a gift from a boutique – it’s a book called The Bluest Eye. She can’t believe he remembered she loves Toni Morrison, who autographed it. They kiss. 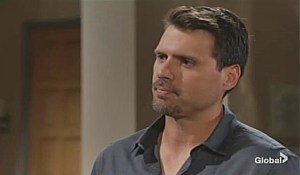 After, Devon takes a call from Nick to meet about a business proposition. Nick arrives and shows him a logo for New Hope – the affordable housing that fell by the wayside when he started Dark Horse. Devon’s in and thinks Neil would be proud of it. Nick would like to include Neil’s name. Talk turns to the custody hearing. Nick wants to be good and decent for Christian. He leaves as Nate arrives and opens up to Devon about Abby running off. Devon provides reassurance, then Elena comes in crying about a welder who died after an accident on a construction site. She failed. Nate offers some advice on finding a balance and urges her to get back out there tomorrow and give it her all. It’s exactly what she needed to hear. 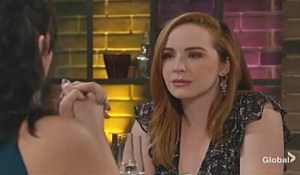 Mariah joins Tessa at Society and reveals her video officially has one million ‘likes’. They share a champagne toast. Tessa tears up thanking Mariah as Lola appears. Mariah asks about Rey, and Lola’s stunned to hear he moved out of Sharon’s. After, Tessa and Mariah talk about what’s next. Tessa needs inspiration. Mariah tells her some stars want to collaborate.

Lola arrives at Sharon’s assuming Rey did something to cause the split, but Sharon says she’s to blame. Sharon declines Lola’s offer to talk to her brother and urges her to enjoy the magical time leading up to her wedding.

At home, Nick talks to Christian by phone, tells him he loves him, and hopes he can come home soon.

Lola returns to Society and irks Abby by asking about Nate and the dinner. They talk about the difficulties of relationships. Abby texts Nate, who is leaving Devon’s penthouse and says, “Great dinner. Great night. Let’s leave it at that for now. Alright?”

In Chancellor Park, Sharon squares off with Nick over showing up at court with Adam. He goes on about being a better person and warns her Adam’s dangerous. She argues. Nick tells her she’ll have to make a decision – will she be on Adam’s side or everyone else’s?

Someone asks Jack for help.

Victor Calls Jack for Help During...