Wednesday July 31, 2019: On Young and the Restless today, Jack warns Adam, Kyle feels threatened by Theo, and Nick gets a surprise from Phyllis. 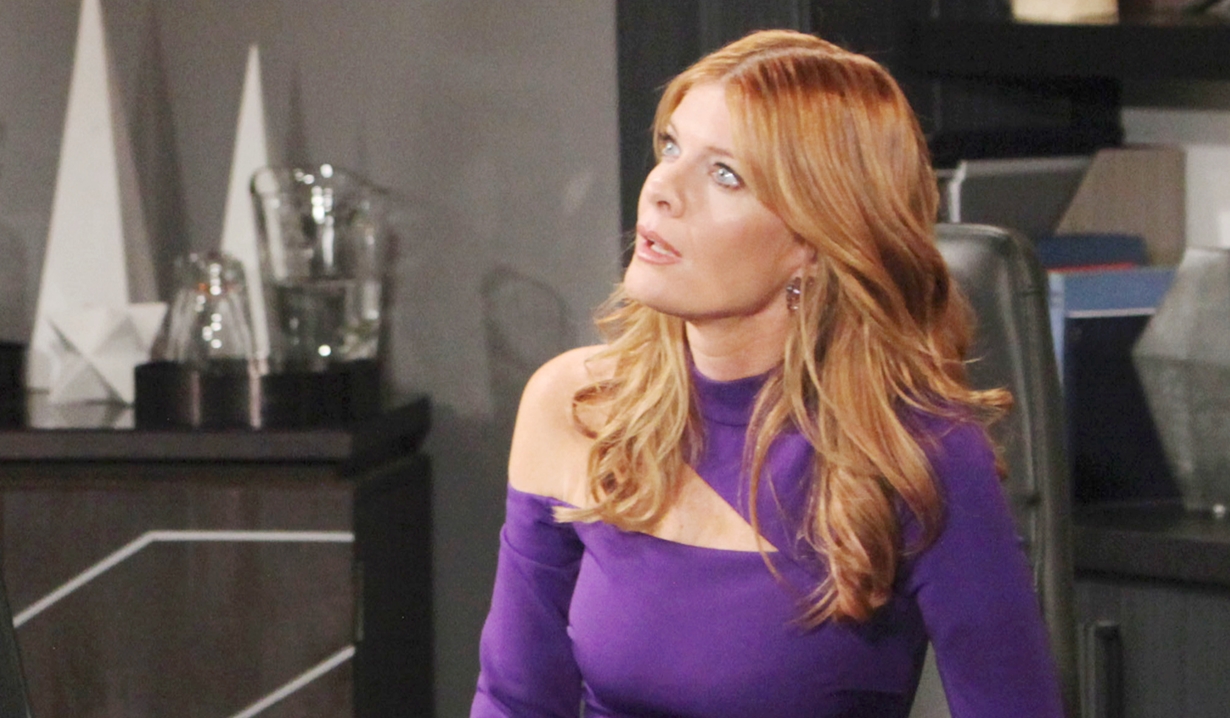 At Crimson Lights, Jack tells Adam that Christian belongs with Nick, who made him the center of his universe. Adam grouses, but Jack urges him to use his visitation to establish a connection with the boy. He senses the judge is hoping Adam and Nick will compromise, and warns if Adam can’t step up, he has no business calling himself a father.

At home, Victoria notes Billy hardly slept again. She wants to help him and wishes he’d confided in her from the beginning. He didn’t want to dredge up the old pain. Victoria notes he told Sharon and suggests a professional. Billy’s considering it.

At Nick’s place, Rey announces he’s quitting the investigation into Adam’s past. Nick learns Adam wormed his way into Sharon’s head again and Rey ended things. Nick’s sorry as Rey relays that Adam taunted him about Sharon. Rey needs a new job and can’t become consumed by this. 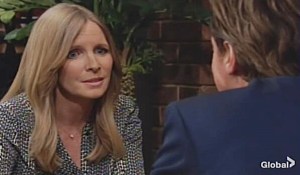 At Society, Michael meets with Christine, who admits she’s burnt out and imagining mojitos by the pool. Michael tells her she could walk away now. Christine realizes he wants to be D.A. Michael likes the idea of prosecuting again and making a difference. Chris will get back to him.

Theo drops by Dark Horse to see Phyllis about the launch party. She’s distracted and on her way out to close deals. He’s irked. She explains the deals could change everything for her.

At Crimson Lights, Rey tells Paul he misses being a cop and wants to come back to the force. Paul reminds him he blew his chance to prove himself. Rey swears he learned his lesson and updates Paul on splitting with Sharon. He needs to get back to who he is and to helping people. Paul reinstates him, but warns this is it. They shake on it. 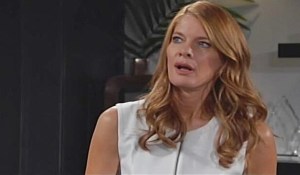 Phyllis arrives at Nick’s with news – Dark Horse has divested most assets to a shell corporation financed by Newman Enterprises – the properties are waiting to be transferred into his hands. Phyllis is making amends. She explains teaming with Victoria and doesn’t want anything in return but a clean slate. Nick is pleasantly surprised – he doesn’t want any animosity between them since she’s Summer’s mother. They can start over, but she hurt him bad. Phyllis will take the win.

More: Watch Nick tell Sharon to pick a side

At Chancellor Park, Adam confronts Victoria about undermining him by dodging his calls for visitation. Victoria puts him off – she’ll review her calendar. After she leaves, Adam gets a call from Michael updating him on possibly replacing Christine. Later, Chris meets Paul there to discuss Michael’s offer. Paul’s supportive of whatever she decides. They kiss.

At Jabot, Jack connects with Kyle and they discuss the wedding. Kyle’s worried it won’t be Lola’s dream wedding without Celeste. Jack urges him not to panic. Billy appears and Kyle exits. Billy is updating him on his issues when Phyllis busts in with an offer to sell them the Jaboutique properties. Jack was just with Adam – why didn’t he mention it? Phyllis suggests he doesn’t want to know and hands them the proposal. Billy thinks it’s too good to pass up. Jack has questions, but makes the deal. Later, Billy and Jack reflect on turning Jabot around. Jack thinks reconciliation and forgiveness is always possible. Billy opens up about his feelings toward Adam. Jack warns Delia wouldn’t want him to risk his happiness – he needs to see a professional.

At Newman, Nick asks Victoria about Christian before bringing up the Dark Horse properties. Victoria says miracles can happen when you share a common cause and urges him to name his new company. Nick will keep a few properties, but Newman can have the rest. He’s going back to his quest to find himself. She’s not sure what he means. Nick says, “You’ll see.”

Phyllis returns to Dark Horse, where Adam is waiting to confront her. Phyllis informs him he owns a real estate company with no real estate. Adam knows about the transactions. Phyllis warns he doesn’t know everything…or how much she loves sticking it to him. Adam still gets the profits. Phyllis did it to right a wrong and advises Grand Phoenix on Lakeshore Drive is hers – it was acquired by Summertime Inc. Adam tells her to check the fine print – Summertime Inc. owns a hotel on Lakeshore Drive in Detroit that is set for demolition. He’ll let her keep the penthouse in Grand Phoenix. Phyllis can’t wait to wipe the smirk off his face.

At Society, Theo’s glad Kyle got his text. Kyle fumes. What part of ‘dead to me’ did he not understand. Theo muses he should reconsider. Kyle senses a threat. Theo reminds Kyle he cleaned up the mess after a certain incident – he owes him for that. Kyle warns Theo not to hold it over his head.

Mariah and Tessa celebrate their next chapter.