Monday July 29, 2019: On Young and the Restless today, Rey has a run-in with Adam, Phyllis moves ahead with her plan, and Chelsea gets big news. 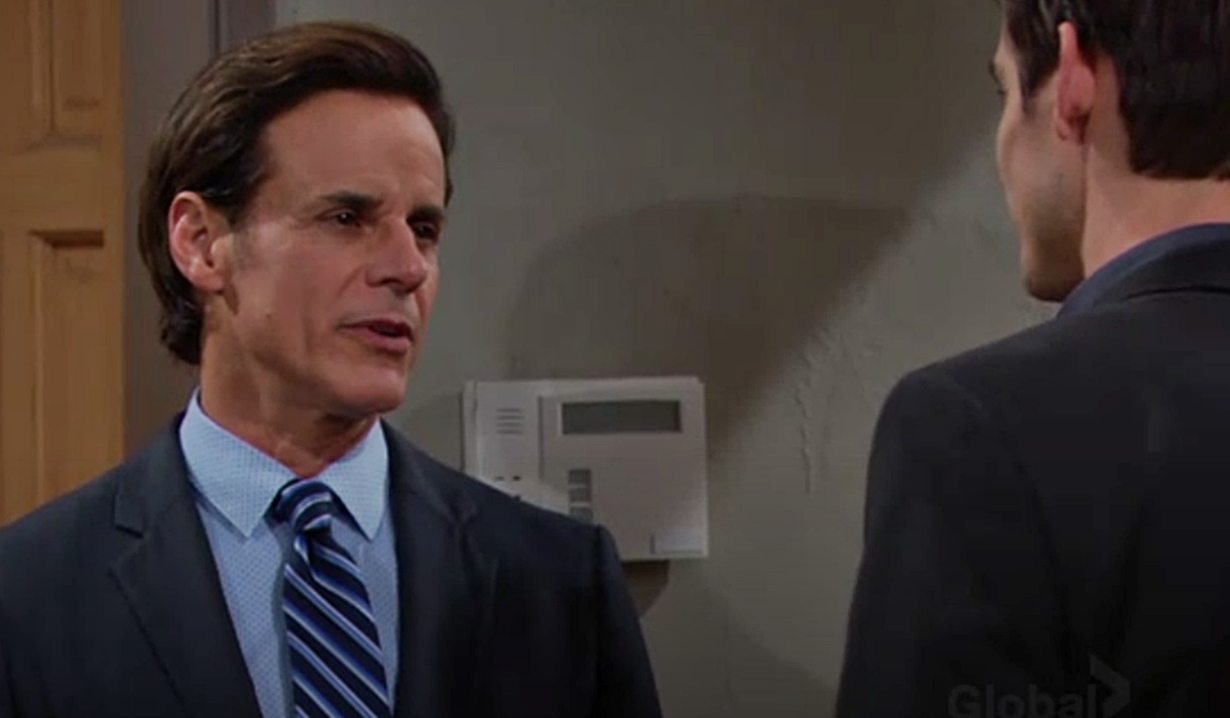 At Adam’s penthouse, he’s summoned Michael to pick up a delivery from the P.I. who took the photos of Judge Sanders. Michael announces he told the P.I. to leave the country and destroyed the photos and negatives. Adam shouts they were going to guarantee him custody of his son, then welcomes Michael to the dark side. Michael warns if Adam goes after Kevin and Chloe, he’ll see the true extent of it and reminds him it’s in his best interests to protect Michael’s public persona – he’s decided to run for D.A. Michael will convince Christine to step down sooner and hints there’s something in it for him. Adam warns screwing with him would be a mistake. 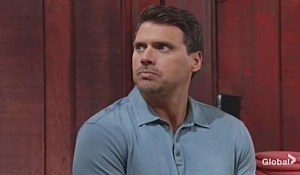 Chelsea finds Nick at the property where he was going to build their home. Nick had to put distance between him and his brother; he wanted to hurt him. Chelsea notices the place’s beauty and Nick says he offered to build Summer and Kyle a place there – it really is the land of broken promises. Chelsea reveals Genoa City feels like home. Nick presses her about bringing Connor back. She’s undecided on her next move. Nick says, “In the meantime, let’s go home.”

Sharon arrives at Rey’s suite at the Athletic Club. They missed each other. 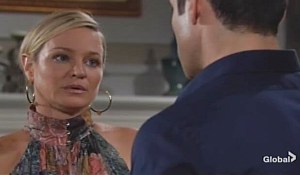 She still doesn’t see how wanting to help with Christian was a bad thing. Rey points out Adam is more than just a friend. Sharon suggests they agree to disagree and explains Adam’s issues. Rey decides she doesn’t love Adam despite him being screwed up, she loves him because of it. Sharon has pity for Adam, not love. Rey scoffs. Sharon thinks Rey’s attitude is about Mia. Rey’s scared for Sharon – he can’t save her from this. He feels she’s using him to hide her feelings for Adam and declares they’re done.

At Crimson Lights, Billy assures Victoria he’s more than okay with them having Christian. Victoria asks him to keep his phone on from now on – she must be able to reach him. Talk turns to Ashley and Jack’s merger. Billy still isn’t keen. Later, Sharon runs into Billy and they discuss Christian. He grouches about Adam trashing lives. Sharon switches gears to his dreams. Billy would rather talk to her than a therapist. Sharon tells him she and Rey broke up. Billy learns why and says he wouldn’t want her near Adam either. The guy’s poisonous. Sharon realizes he’s not sleeping. Billy’s living in a constant nightmare – every night is searching for Delia and trying to save her from Adam. He’s always too late, like the night he lost her.

At the apartment, Kyle’s brought some of his things back, and Lola assures him her mom won’t be back. Kyle thinks not telling Celeste about the surgery was the right call. Lola’s sure Rey will be glad Kyle’s got his back. Kyle admires Rey. Lola speaks to Celeste, then Kyle vents about Theo. Talk turns to New York. Lola knows he went out of control when Summer broke up with him. Kyle’s grown up since then. They go back to Celeste missing the wedding and Lola imagines if they had a daughter and she didn’t tell them she had major surgery. Kyle gets caught up imagining a mini-Lola. They kiss. Lola calls Arturo, who reassures her about Celeste. Kyle brings up the wedding again and they kiss into the bedroom.

More: Jason Canela back to Young and Restless?

At Dark Horse, Phyllis tells someone named Roger on the phone to ‘make it happen’. Victoria arrives and Phyllis complains she was questioned about the sale of assets, but it went through. Victoria plans to tell Nick she’s transferring his properties back to him. Phyllis would like to do that.

Adam encounters Rey at Society and they get into it about him asking Sharon to mother Christian. Rey thinks he used the custody hearing to suck her further into his sick world. Adam realizes he caused problems and pats Rey. “I am so sorry.” They argue about Adam’s relationship with Sharon. Rey thinks he sees her as prey. Adam doesn’t have to hunt her down, she’ll come to him. Rey downs his drink. “Maybe sooner than you think.”

Phyllis finds Michael in the coffeehouse and fishes about him bailing on Nick. Michael says he chose to go it alone and it backfired. Phyllis muses, “Harsh.” She alludes to Adam’s arrogance giving her endless opportunities. Michael’s certain he doesn’t want to know what she’s talking about. He steers as far from Adam as possible. Phyllis says, “So you say.” Later, Victoria arrives and sees Billy talking with Sharon on the patio. He tells her he’s considering getting sleeping pills.

At Nick’s, a man named Daryl Tulane, (played by Gordon Thomson) arrives with good news for Chelsea – he’s about to make her a very rich woman.

Kyle and Lola plan their wedding. 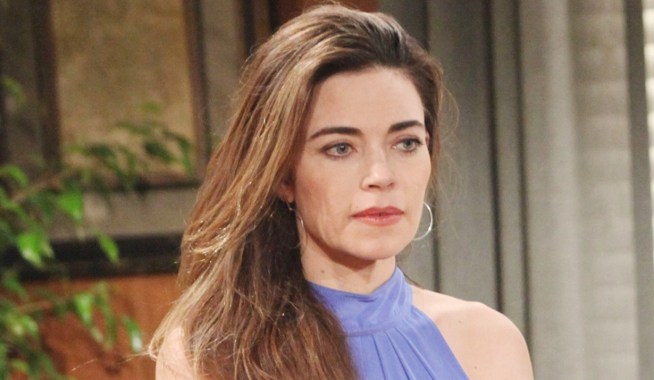 Victoria Proposes Bringing Down Adam by Teaming With Phyllis 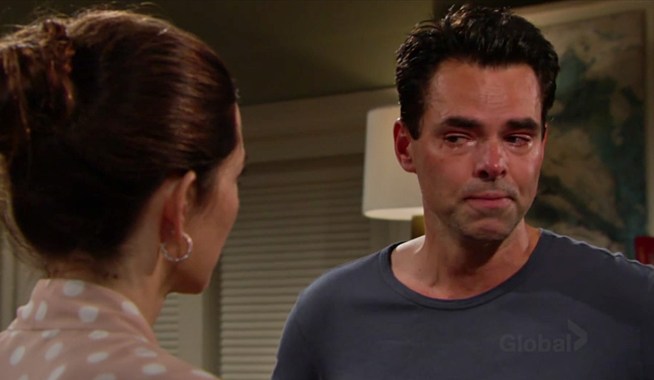 ‘Bones And All’ Teaser: Timothée Chalamet Offers First Look At Cannibal Love Story From His ‘Call Me By Your Name’ Director Luca Guadagnino