Billy Fantasized About Killing Adam, He Confesses to Sharon

Thursday July 25, 2019: On Young and the Restless today, Victoria takes custody of Christian, Michael gives Kevin his marching orders, and Nate and Abby take their relationship to a new level. 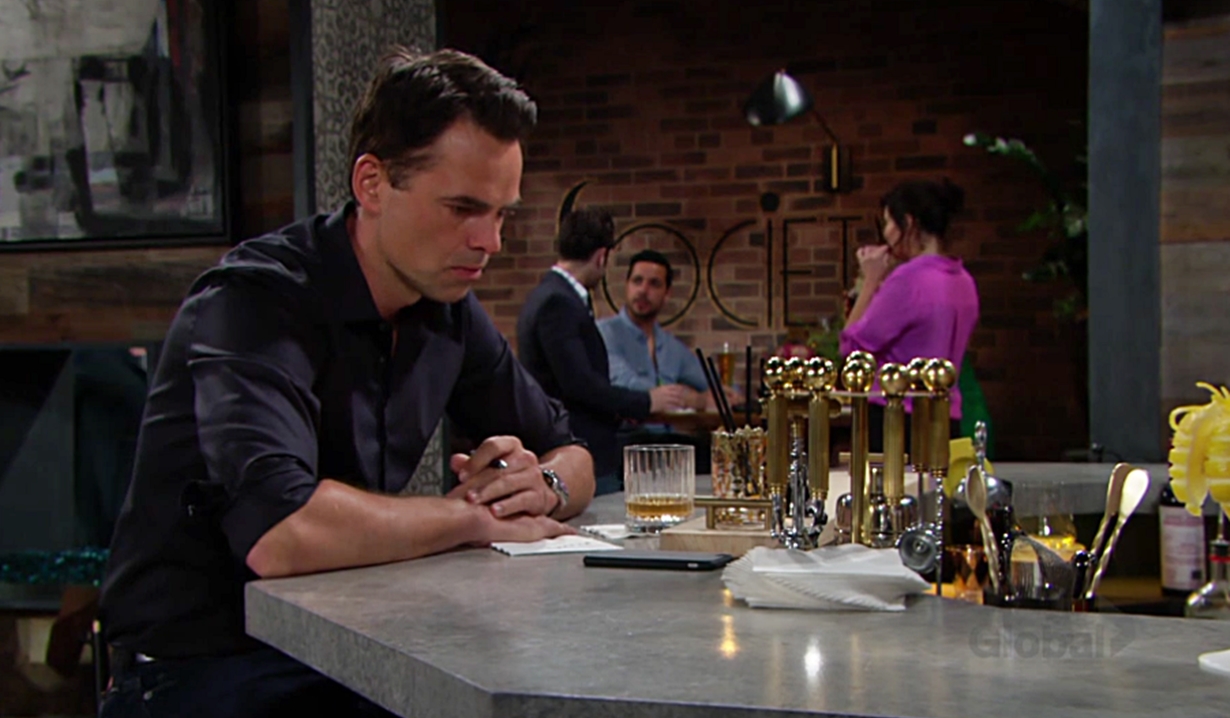 Billy sits on the Crimson Lights patio and starts an online search on ghosts before Kevin arrives. He’s been where he has and confesses he ‘saw’ Delia for months after she died. He couldn’t handle her being gone. Learning it wasn’t uncommon helped, as did opening up to people about his feelings. Billy thought he’d moved on. Kevin suggests he speak to someone.

In the court, the judge appoints Victoria Newman as Christian’s guardian. Nick’s relieved and Victoria glances over at Adam and Sharon before assuring the judge she’ll take good care of him. The judge rules both Nick and Adam will have supervised visitations. Nick argues and Adam thanks the judge for acknowledging he’s the boy’s father. The judge reminds Adam he went to great lengths to avoid a connection with the child – his ruling should not be seen as an endorsement.

In Devon’s penthouse, Abby and Nate join Devon and Elena to celebrate them officially living together. Devon’s also thrilled Nate and Abby are together. As they chat about work, 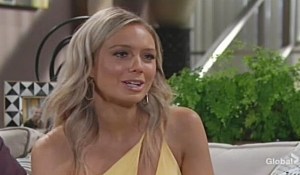 Abby announces her partnership with the Grand Phoenix hotel. She hopes Devon doesn’t mind her going out on her own. Devon just wants a VIP pass. After dinner, Nate promises to return the favor after he’s settled in. They toast to starting new chapters and bright futures. Later, Devon and Elena are surprised when Ana arrives and announces her dad’s in the hospital. They all want to be there when his test results come in and Devon insists they use the jet.

Nick arrives at home with Victoria. Chelsea hugs him and suggests he file an appeal. Victoria blames the video for the ruling. Nick vows to fight and wouldn’t put anything past Adam. He thanks Victoria for stepping in and hopes Billy’s cool with it. Victoria is certain he’ll want to help. 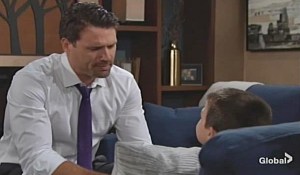 Nick chokes up handing over Christian’s backpack to his sister, and Chelsea can’t stand seeing him go through this knowing she could have stopped it. Nick reminds her Adam’s offer was a test. Chelsea thinks she could have bought him time. Victoria agrees; she’d be demeaning herself and confusing Connor. Nick gets a call – the social worker’s on route. It’s time. Victoria leaves Billy another voicemail to call. After, Nick explains to Christian that he’s staying with Aunt Victoria for a while. The boy leaves with Victoria, leaving Chelsea to console a sobbing Nick.

In his penthouse, Adam expresses his disappointment to Sharon, 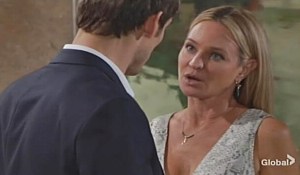 who thinks he can demonstrate he deserves a key role in his son’s life. Adam doesn’t have faith that justice will prevail. Sharon asks what he’s planning. He denies plotting but is frustrated. Sharon warns him to abide by the rules or he’ll regret it. Adam complains Christian will be more confused now. Sharon wants Adam to take responsibility for the outcome – he didn’t play fair. Adam wants his life and kids, his heart bleeds too. Sharon worries about the rage in him. He reassures her and promises to call if he needs her. Once alone, he stares at Christian’s photo, upset, then drinks and looks at his shaking hand.

At the Chancellor mansion, Michael updates Kevin on the custody case. He’s afraid what Adam will demand next. Kevin restates there’s a way to put an end to this, but isn’t suggesting murdering Adam, just getting him off their backs permanently. Kevin gets a text from Chloe and Michael urges him to leave now and disappear with Bella and Chloe while Adam’s distracted by the custody case. Kevin doesn’t want to leave Michael to deal with him, but Michael bellows his insistence, so Kevin goes to pack. On the way out, Michael tells Kevin not to worry, just take care of his family. Kevin thinks saving him is Michael’s superpower. They both say, “I love you,” and Kevin leaves.

Sharon joins Billy at Society and reveals neither Nick nor Adam won – Victoria will want to fill him in. Billy opens up about his recent thoughts about Delia and confesses he got a gun out and fantasized about getting rid of Adam. He assures her he wouldn’t sacrifice what he has now, but is concerned about his dreams and anxiety, which make him feel haunted; like Delia’s trying to tell him something. He fills her in on the eerie coincidences. Sharon agrees to help until he finds a therapist.

At Nate’s house, he wonders if Abby would like to sit outside and talk, but she kisses him, and they end up in the bedroom having sex.

At home, Sharon looks out the window thoughtfully.

At Delia’s grave, Billy misses her and vows to get help before he loses control again. He hears her voice say, “Poor Daddy.”

Adam & Nick Are Denied Custody of...