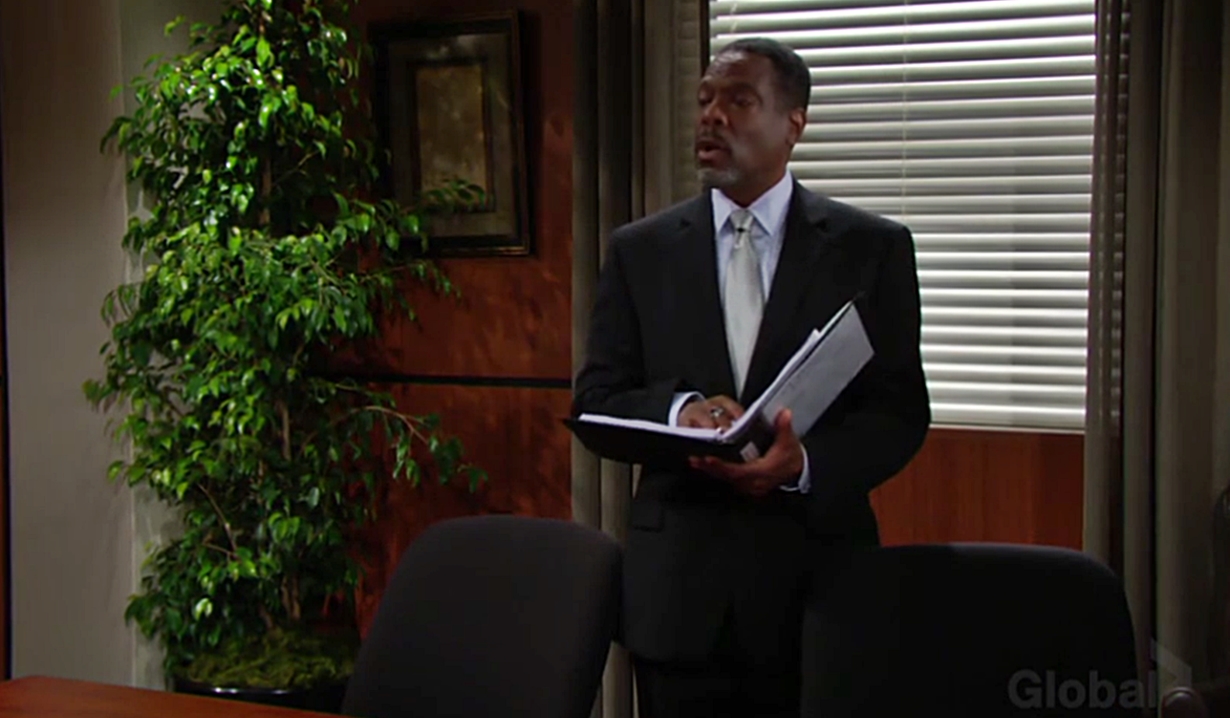 At Nick’s place, Chelsea marvels at him being so calm with Christian at breakfast. Nick feels confident about the custody hearing. Chelsea warns, “Still…it’s Adam you’re dealing with.”

At Crimson Lights, Michael takes a call from Adam asking if he’s good to go, and wishing he could be there when Michael delivers the news to Nick. After, Michael meets Nick and has bad news– he has a conflict of interest involving Judge Sanchez’s wife and must recuse himself. Nick guesses Adam got to him. Michael’s offended, but Nick hisses he’s not buying his reason for bailing. Lauren appears as Nick storms out, and questions Michael. She doesn’t buy the story either. Michael sniffs support would have been nice and walks out.

At the penthouse, Adam disconnects from Michael and asks Kevin, on a laptop beside him, if he’s good to go. Kevin grumbles about Adam forcing him and Michael into this.

At Nick’s house, he tells Chelsea that Michael recused himself; he suspects Adam’s behind it. She warns not to walk into the hearing without representation. Nick can’t risk giving Adam more time.

In a suite, Nikki raves to Victor about their getaway then mentions the hearing. Victor’s certain Nick has everything under control. Nikki books them massages and dinner. Victor’s enjoying being away from work. 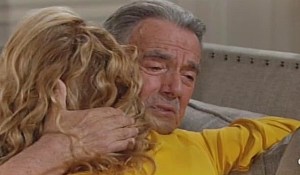 Nikki teases that Jack misses competing against him. Victor sniffs that Jabot’s not serious competition. Nikki suggests going to Paris and wants to ask Nate, but Victor reveals he’s considering stopping the treatments for a while. Nikki’s concerned. Victor feels life’s not worth living if he loses his independence; he’s forgetting everything. Nikki understands but needs him to fight – she can’t face life without him. They tearfully embrace, then make plans for another presidential suite. Victor loves seeing the world with his wife.

At Society, Adam meets with his lawyer and they are going over how Adam will answer the judge’s questions when Phyllis appears. She needles Adam, who asks his lawyer to keep her phone on during the hearing. She notes it’s against the rules. Phyllis translates that he’s up to no good.

Kevin arrives at Crimson Lights and Lauren corners him about Michael – has he got him mixed up in something? Lauren grills him about why he hasn’t gone home to his daughter and about Adam. 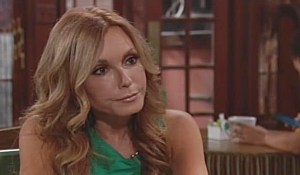 She thinks Michael walked away from Nick’s case to help his brother and demands he tell her what’s going on. Kevin advises her to have faith in her husband and takes off. Later, Phyllis joins Lauren and she updates her that Michael withdrew from Nick’s case, but she doesn’t believe his reason. Lauren grills Phyllis about Adam, who volunteers she told him to drop the custody case – she thinks Nick’s got this. Lauren worries if Nick loses, Michael will never forgive himself.

At Adam’s penthouse he and Michael rehash him backing out of the case. Michael’s cashing out. Adam counters, “You leave the game when I say so.” He offers to make him D.A. Michael’s not interested. Adam thinks he should reconsider.

At Society, Michael downs a double before joining Kevin and his laptop. Kevin admits he’s up to nothing good. Michael asks if it’s for Adam. Kevin confirms he’s still having him do stuff. Kevin hits a key and Michael asks, “What did you just do?”

At the court, Nick introduces himself to Judge Sanchez, (played by Joseph C. Phillips), who presumes Mr. Baldwin’s on his way. Nick explains there’s been a change. He explains he’ll proceed without counsel as Adam and his lawyer appear. They begin with Nick explaining that Adam changed the paternity test to make him Christian’s father – he believes Adam gave up all parental rights when he did that; Nick is the only father the boy has known. The judge asks about Victor having custody for a time. Nick minimalizes it and goes on about his loving home, in which Christian is thriving, while Adam is a criminal. He claims Adam knows he’s the best father, which is why he changed the paternity test. Adam looks bored as Nick goes on about all he does for and with Christian. He then speaks, claiming he altered the DNA results because Nick was involved with Christian’s mother but all that’s changed. Adam’s explaining his amnesia when his lawyer’s phone beeps. She shows the judge, who says, “What on Earth?!” Adam smiles. The judge watches the video of Nick in the JT mask, as Adam dramatizes how he terrorized their father.

At Society, Michael asks Kevin, “Is the judge seeing this right now?” Kevin says Adam gave him no choice. Michael says Kevin’s going home, but Kevin feels neither of them will get out of Spider’s web until they take him down. Michael snaps, “Don’t even joke about that.” Kevin replies, “Who’s joking?”

Chelsea and Sharon square off.