Phyllis Reveals She’s Using Adam, As Kevin Also Plots to Take Him Down

Wednesday July 17, 2019: On Young and the Restless today, Jill senses Billy is troubled, Traci and Cane celebrate in New York, and Michael worries about Kevin. 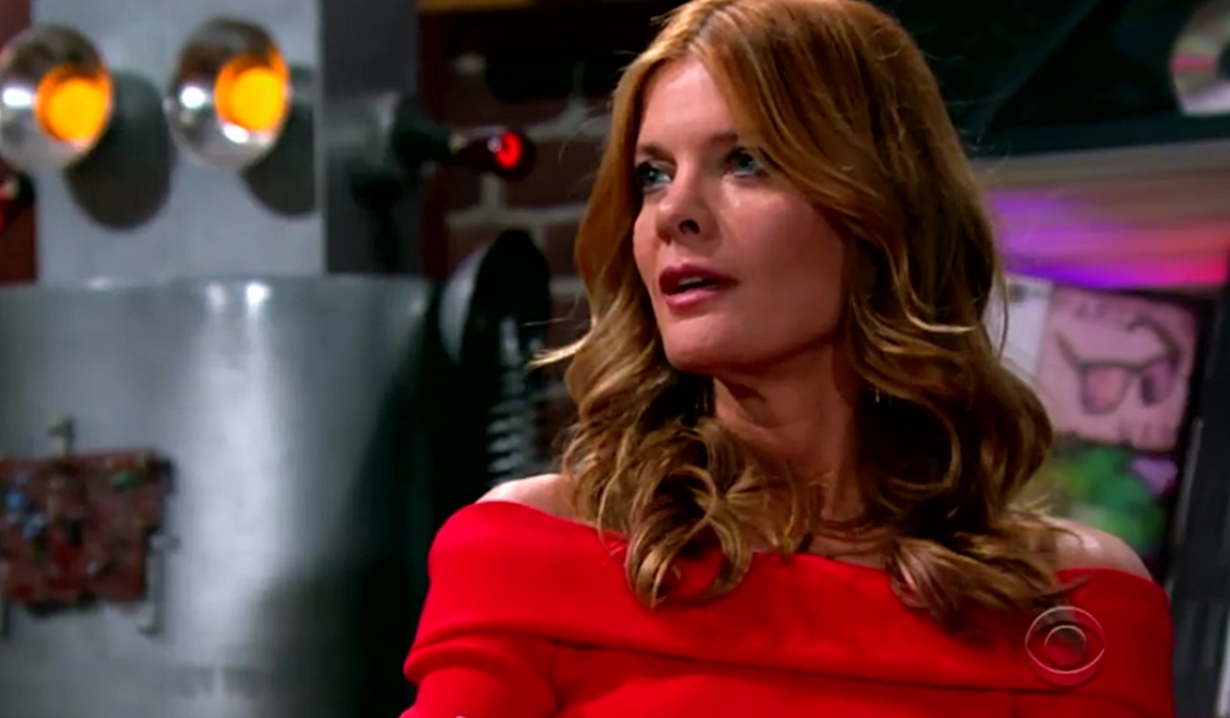 At Crimson Lights, Michael and Nick discuss Adam’s attorney moving the custody case up to next week. Michael feels they’re ready. Phyllis appears and Michael goes for coffee. Nick confronts Phyllis about shutting off her conscience to be Adam’s CEO when he’s coming after his son. Phyllis denies siding with Adam, then crows about the hotel development – she’ll be living in the penthouse. Nick says it’s too bad she has no one to share it with. Later, Michael and Nick speculate whether Phyllis will testify for Adam. Michael thinks they’ve a strong case, but Nick worries about JT mask video. Michael’s unconcerned – Adam did the equivalent of abandoning the child. 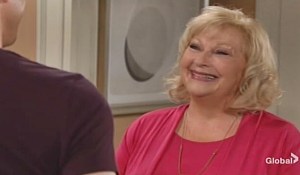 In New York, Traci meets Cane in the hotel corridor and raves about the city. They go their separate ways, then meet there again. Cane worries about Charlie choosing the movie business, but Traci enthuses about it. Cane is excited to take Traci to the costume party celebrating her book and goes to change. He returns dressed as Flynn, while she’s Velma. After the party, Cane tells Traci how dazzling and amazing she is, causing her to tear up. She admits her life has become about looking after everyone else. Cane thinks her time is now and hopes he’s there to see it. She hopes so too.

At the Chancellor estate, Billy is holding Delia’s doll when Jill appears. She senses something is going on. She takes the doll and asks if he’s been thinking about Delia. Billy says, “Always.” Jill misses her too but reminds him Delia would want him to be happy. She urges him to be the man Delia taught him to be and they embrace. 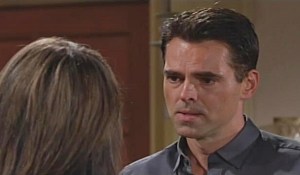 After Jill leaves, Billy retrieves the doll, then sees the word, ‘Daddy’ written on the side table. Kevin enters and Billy grills him about the word on the table. He reveals he saw it in his dreams and describes a nightmare where he couldn’t find Delia and heard screeching tires. Kevin blames Adam and urges Billy to avoid him. Billy leaves, and Kevin photographs the contents of Adam’s envelope for the judge. Chloe calls and asks if she’s clear where she has to go – he’ll join them soon; the endgame is in sight. He’s about to leave when Michael appears wanting an update on his servitude to Adam. Kevin lies he’s not doing anything for him. Michael’s skeptical and warns him not to go against Adam by himself. Kevin won’t say what he’s doing, and Michael becomes agitated over the prospect of him getting into deeper trouble. Kevin intends to take Adam down and says he crossed a line.

At Dark Horse, Phyllis updates Adam on the hotel before mentioning Nick and the custody hearing. Adam quips, “If I had a heart, it would break for him.” Phyllis urges him to drop the vendetta and let him raise Christian. Adam feels he was a great father to Connor, but Phyllis argues he had Chelsea, and was different then. He accuses Phyllis of still being in love with Nick. Phyllis asks if he saw a pig fly, and explains Nick is the only father Christian’s ever known. It’s not a competition – as a parent, you do what’s best for your child. Adam feels Phyllis is just like him; nothing’s off-limits when it comes to getting what they want.

At Society, Adam encounters Nick, who advises him to back off. Adam notes it’s the second time today he’s got that advice – the first was Phyllis. Nick finds it interesting the last ally he has is against him. They bicker about the custody case. Nick has lots of ammo and hears there’s more out there. He accuses Adam of being willing to turn a little boy’s life upside down to win and warns when they’re finished, he won’t get custody of a cactus.

In the park, Phyllis asks a sweaty Billy what he’s running from. Billy wonders if she cares, why she showed up at his recommitment ceremony with Adam. He accuses her of wanting to cause as much damage as possible and says her ‘boyfriend’ has messed up his head. Phyllis can’t control Adam and admits she’s devious – did it ever occur to him or anyone in this town she’s using Adam and has a plan to make things right? Billy urges her to hurry up before Adam ruins more lives.

Chelsea Warns Adam Will Explode but...

Lola Digs Into Kyle’s Past in New...