Chelsea Confronts Adam for Setting Her Up For Murdering Her Husband

Monday July 15, 2019: On Young and the Restless today, Sharon and Rey talk things out, Lola confronts Celeste about her father, and Adam pays Christian a visit. 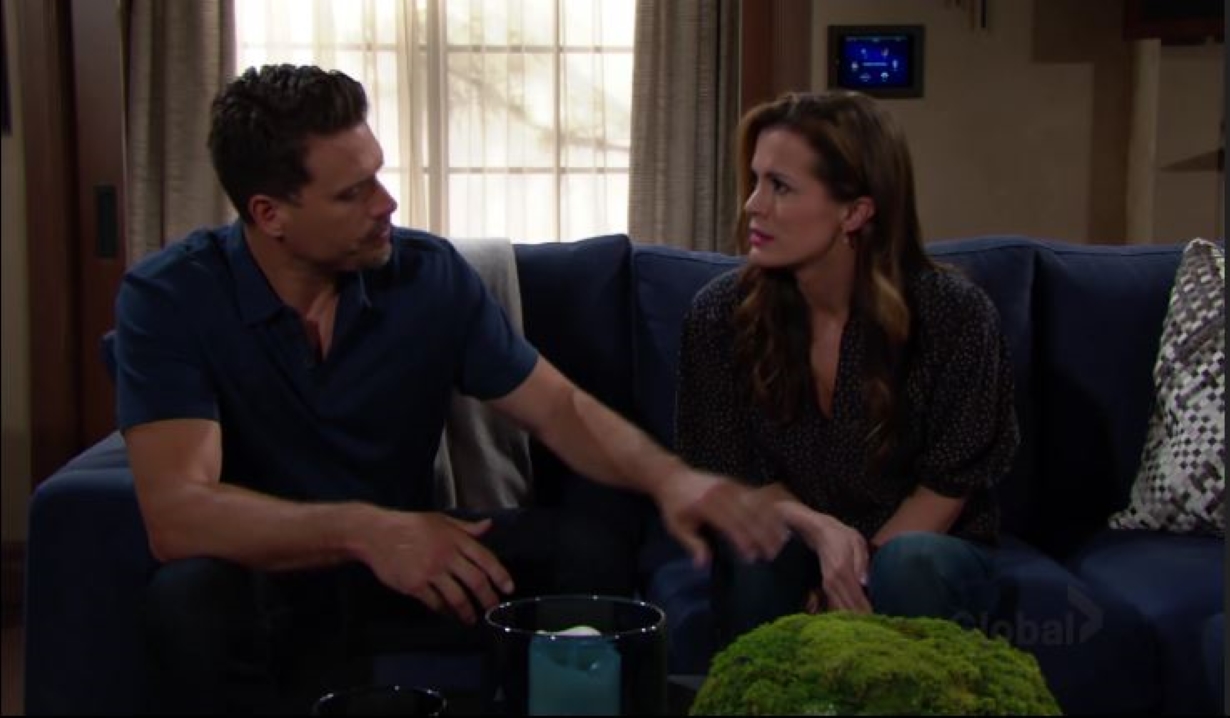 At Nick’s, Chelsea leaps away from holding hands with him. She says her head is all over the place. He’s more concerned about her heart. Rey interrupts and introduces himself. He fills them in about the coroner’s report on her husband’s death. He adds that Adam tried to implicate her in the death with a tape recording, but the case is closed. Nick walks Rey out and encourages him to keep digging into Chance Chancellor. When Nick returns to Chelsea, she wonders where Adam’s decency went. She’s adamant that Adam won’t get Connor back and Baton Rouge is his home. 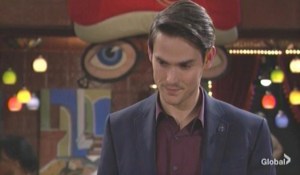 Sharon has a milkshake with her daughter at Crimson Lights. As they gab, Adam looms in the background until Faith calls him over. He’s glad to see Sharon back. When Faith goes off to get a brownie, Adam fills Sharon in on Chelsea’s return. After mother and daughter leave to see Nick, Adam stalks off after them. 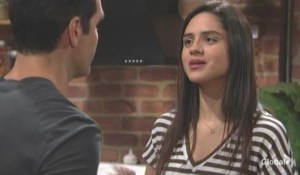 Lola arrives at the loft and catches her mom on the phone to her boyfriend. She starts teasing Celeste, who isn’t big on giving details. Later, Rey drops by and asks his sister how living with their mom is. They discuss Celeste’s mysterious love life. Rey breaks the news that she’s been seeing their father again and loaning him money. He also wants to come to her wedding. Rey explains that their mom threw him out for cheating on her. None of this makes sense to Lola and she needs some questions answered. Later, Celeste returns and finds her daughter searching her social media page. With some badgering, Celeste admits she’s seeing her dad, Adrian, again. Lola rails about her father messing up her life and is shocked to see her mom seems to be in love with him. Celeste tries to explain her forgiveness and her daughter rails about Adrian throwing their family away. Lola repeats that she never wants to see her father again. Rey is the only real father she’s ever had and he’ll be walking her down the aisle. If Adrian shows up, she’ll call off the wedding. 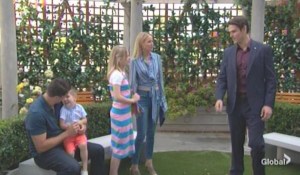 Sharon and Faith arrive in the park. Faith questions her about lying to Adam. Christian and Nick arrive and the kids go off to the jungle gym. The adults catch up on the Chelsea situation and her dead husband. He urges Sharon to steer clear of Adam. Faith interrupts their argument and asks them to act like a normal family. They turn around and see Adam standing there. He immediately introduces himself to Christian and hopes they can get a popsicle. Christian shakes his head. Everyone leaves Sharon alone with Adam. She lectures him for eavesdropping on her earlier and urges him to think seriously about what will happen if he takes Christian from Nick. He doesn’t know what she’s so angry about. She’s angry with herself for not seeing the real him.

Rey finds Faith getting a smoothie in Crimson Lights. She tells him about the run-in with Adam in the park.

Rey goes out to the park and finds Sharon. She apologizes for the way she left Las Vegas. Rey wishes he’d handled things differently, but she says he’s been right about Adam. She promises that Adam will not be an issue for them. He doesn’t believe that Adam was in her heart and he wants to make things work. They kiss and go home. 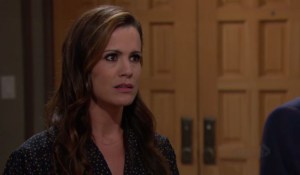 When Adam gets home. Chelsea barges in. She confronts him for giving the recording to Paul and trying to set her up. He lectures her for keeping his son away. Shaking her head, she says the man who loved her is gone. Adam claims that he was a better man when they were together and he needs her back so he can be good again. She refuses to take responsibility for him. If the man she loved is still in him, he needs to find him on his own. He shakes his head and grits his teeth before telling her not to come back.

When Nick gets home, he calls Michael and tells him about Adam being involved with Chance and trying to frame Chelsea.

Rey lets a secret out.

Nick tries to get Chelsea to stay.

Adam Accuses Chelsea of Murder As...

Chelsea Warns Adam Will Explode but...