Friday July 12, 2019: On Young and the Restless today, Celeste misconstrue's Lola's words, Victor suffers another bout of confusion, and Phyllis clashes with Christine. 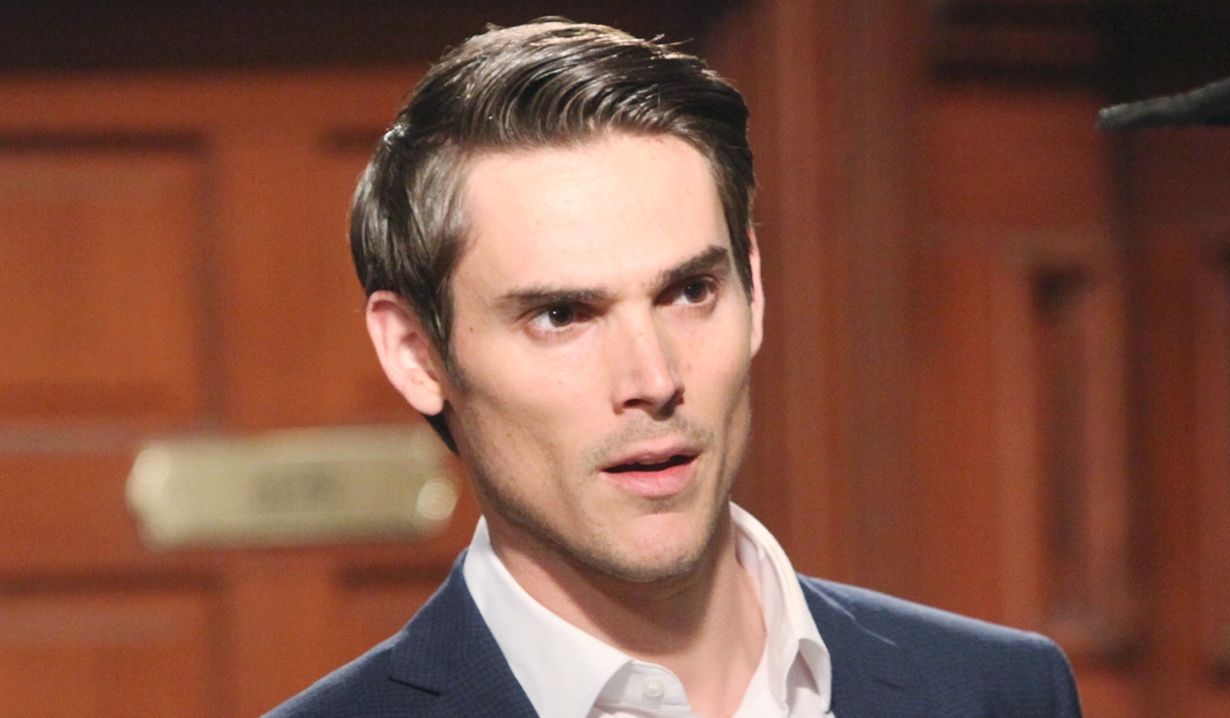 Nick arrives at home with takeout and suggests Chelsea bring Connor back to Genoa City. Chelsea balks because of Adam. Nick feels they can’t let him stop them from raising their boys as they like, then admits he got caught up thinking of the past. They reflect on Adam wanting to take his sons from them. Chelsea’s afraid to think how far he’ll go. 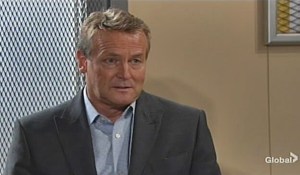 At GCPD, Adam informs Paul he has information that might shed light on Calvin Boudreau’s death. Paul counters another concerned citizen pointed the finger in Adam’s direction. Adam questions him listening to a con like Chelsea. Paul acts cagey. Adam points out Chelsea stands to benefit financially from the death and was angry with her husband – he recorded her. Paul can’t believe he’s accusing her of murder. Adam snaps, “The bitch turned on me.”

At Crimson Lights, Billy gets a text from Chloe who wants him to check on Kevin. Phyllis appears and needles, “Having trouble at home?” Billy says jealousy doesn’t look good on her. On the patio, Lola and Mariah go over the cooking video. Lola makes Mariah promise not to release it until after the wedding. Talk turns to Celeste’s interruption last night. Lola wants to spare Kyle an argument with her mother at lunch, so Mariah offers to show up with an emergency. 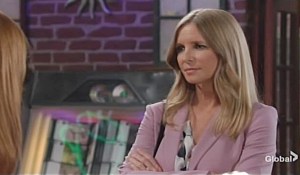 Inside, Christine spars verbally with Phyllis, who thinks she resigned knowing she wouldn’t get votes, and shouts about her spectacular flameout. Phyllis enthuses, “The bug is finally squashed.” Chris snarks about Phyllis being a murder suspect who flipped on her friends. She’s sorry she won’t get to throw the redhead in jail for her next crime. When Phyllis implies she’s become respectable, Chris calls her delusional.

At Newman Enterprises Nikki admits to Victoria that Victor’s become forgetful, if this is as bad as it gets, they can handle it. Victoria asks, “What if it’s not?”

Billy greets Esther at the Chancellor mansion. Jill and Kevin are both out and Esther presumes Chloe asked him to check on Kevin. They discuss Chloe being alive. Esther worries what she’ll do if Kevin doesn’t go back soon, Esther agrees to text when Kevin returns. Billy spots Delia’s doll. Esther figures Kevin was showing it to Bella on video chat.

At Society, Kyle and Celeste touch on the awkward scene from last night and Kyle assures her they both want her around, but Celeste has a few issues. Lola arrives and asks what they were talking about. Kyle replies, “Us. Our future.” Celeste just thinks it’s happening so fast and suggests they slow it down a bit. Kyle doesn’t want to put off the wedding. Mariah appears and drags Kyle away to ‘talk’. Across the room, Celeste cries over Lola’s cooking video; she’s afraid Lola won’t need her anymore. Lola reassures her. In the foyer, Billy tells Victoria about holding Delia’s doll. She thinks Adam and Kevin have brought it to the surface. Suddenly, Victoria notices Victor complaining at the bar. The bartender insists they don’t stock that tequila brand, but Victor argues they’ve always had it. Later, Celeste misconstrues Lola’s words and announces she’s moving back in. Lola breaks it to Kyle, who assures her they have the next 70 years to be together besides sneaking around will be hot.

At Dark Horse, Phyllis concludes a call planning a party for the new hotel as Adam appears. He muses Victoria warned him not to trust her. Phyllis says Victoria’s trying to undermine her – she’ll handle her. She senses Adam’s still brooding over Chelsea and Adam reveals he gave Paul evidence she had a motive to kill her husband. Phyllis marvels, “Even I didn’t think you were that cold.” Adam complains Chelsea’s keeping his son from him. Later, Adam tells Phyllis he’s impressed with the hotel. She credits Nick’s hard work. Talk turns to Christine. Adam wants to ‘buy’ her replacement.

At Crimson Lights, Christine looks at the evidence Adam gave Paul and thinks it’s clear what his next step should be.

At Nick’s, Chelsea worries Paul could arrest her, and Nick reminds her no more running. The doorbell rings – it’s Paul, who reports Calvin died of a massive coronary; a ‘widowmaker’. He’s sorry for Chelsea’s loss and warns Adam doesn’t have her best interests at heart. After, Nick tells Chelsea no more living in fear and takes her hand.

At Newman Enterprises, Victor chews to Nikki about the incident with the bartender and worries people will start talking. Nikki suggests they stay close to the ranch. Victor feels they can’t ignore what’s happening to him. Nikki promises they’ll get through it together. After, Nikki tells Victoria she hopes the side effects will be temporary.

Billy returns to the Chancellor Estate and tells Esther he came for the doll. He flashes to Delia giggling and assures Esther he’s fine.

Adam makes another appeal to Chelsea for reconciliation.

Rey Reveals Chance Was Busted for...