Thursday July 11, 2019: On Young and the Restless today, Paul questions Chelsea, Kyle gets physical with Theo, and Celeste makes Rey a promise. 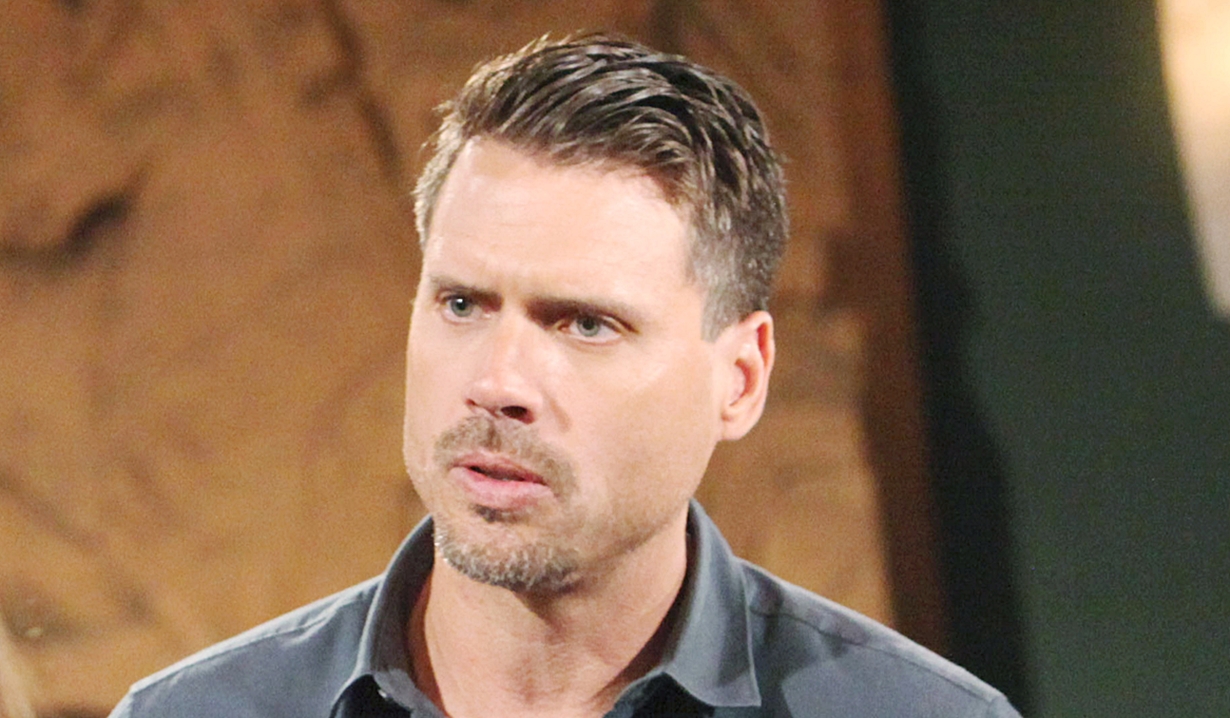 At Society, Lola tells Kyle he can move back in. Theo appears to needle Kyle about his mother-in-law as Lola returns to the kitchen. Kyle insists he can handle Celeste and talk turns to their former escapades. Theo calls Kyle an old married guy and suggests some Lola-less shenanigans. Lola returns with food and they clam up. Kyle and Lola make plans for jacuzzi time and Theo teases him after.

In Celeste’s suite, Rey learns why Lola kicked her out and suggests she reach out. Celeste thinks Lola should apologize but she’s stubborn. Rey exclaims, “She’s stubborn?!” Talk turns to Rey losing his job and Sharon quitting hers in solidarity. Celeste snarks, “She quit her job for a man.” Rey ends the topic. 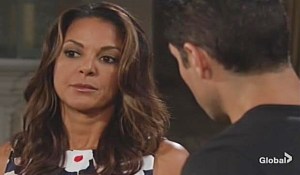 Celeste wants the family to pull together for Arturo’s baby. Rey’s father comes up, and Celeste confides he wants to walk Lola down the aisle. Rey says, “Hell no.” He rants about him calling her and putting her in the middle. Celeste admits he’s been in contact lately and sometimes asks for money. Rey can’t understand her letting him back in and warns Celeste not to bring this up to Lola – she needs her mother who’s always been there for her. 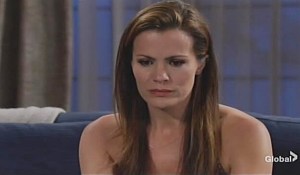 At Nick’s place, Chelsea answers Paul’s questions. She didn’t know Calvin to have enemies though there were things in his past he wasn’t proud of. Paul explains the new results should be back soon and Chelsea should stay in Genoa City until then. Nick shows Paul out then returns. Chelsea complains Paul’s treating her like a suspect. Nick reminds her no more running. After Nick leaves, Chelsea paces then does an internet search.

At Crimson Lights, Nick corners Paul about treating Chelsea like a suspect. Paul notes she’s done unscrupulous things in her past. Nick says no one had more motive than Adam to want Calvin dead. 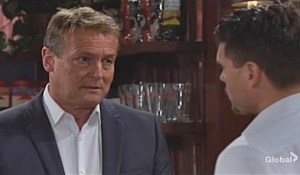 Paul counters that Calvin was a wealthy man who may have left Chelsea money. Nick insists he look at Adam. Paul reminds him they’ve no proof yet it’s anything but a natural death. Later, Nick meets Rey and asks if Sharon’s okay – she sounded off. Rey admits things got tense in Vegas over Adam. No matter where they go, he’s in her head. Rey reveals he may have found something – he was hanging out with Phillip Chancellor IV. Nick asks, “Chance? Are you sure?” Rey adds he got busted for assault and Adam bailed him out. Nick’s bewildered. Rey shares Chance fell off the grid.

At the Abbott house, Kyle texts Lola that they have the place to themselves. Lola replies she’s on her way. Theo calls about plans for tonight, but Kyle’s out. Lola arrives and Kyle wants to make up for lost time. They make out then discuss Celeste. Lola plans to call and smooth things over. They start kissing but someone knocks –Theo enters with a huge group of friends. Kyle’s unimpressed. Summer arrives. “Don’t start the party without me.” Kyle promises to get rid of them but Lola’s down to hang. Summer suggests skinny-dipping and the crowd goes wild. Swimming ensues and Lola decides to head home encouraging Kyle to have fun with his friends. Theo cranks the tunes, and something gets broken. Kyle kicks everyone out. Summer accuses Kyle of turning into his grandfather, who only cared about making his wife happy – to no avail. Kyle growls to leave his grandparents out of it and shoves Theo, “Get out!” 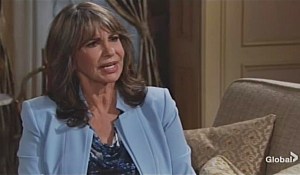 Nick visits Jill at the Chancellor mansion and says her grandson might be his best shot at stopping Adam from stealing his son. Nick fills her in on Rey’s findings and she protests that Chance would never hang out with the likes of Adam, though no one’s heard from him. Nick relays that Chance has been in Vegas for a year. Jill’s perplexed. Jill places a call to Chance demanding he call and let her know he’s alright. She tells Katherine’s portrait, “Don’t look at me like that you old bat.” She notes Kay loved him, they both do – she won’t fail him.

In her apartment, Lola texts Kyle goodnight but he’s at the door. She pulls him in. “Get in here.” Kyle talks about feeling like an alien with the partiers and worries he’s becoming a fuddy-duddy. Lola just sees her devastatingly hot fiancé. They start undressing for sex…and Celeste knocks. Lola hollers she was sleeping and makes Kyle hide. She opens the door and asks to clear the air tomorrow. Celeste agrees and hollers, “Night Kyle!” Kyle replies, “Night, Celeste.” Lola laughs.

At home, Nick and Chelsea discuss Adam’s possible guilt. She feels responsible. Nick pulls her into his arms. “Lean on me.”

Adam Accuses Chelsea of Murder As...