Wednesday July 10, 2019: On Young and the Restless today, Lola loses patience with Celeste, Jack has a distressing day, and Jill thinks something is off. 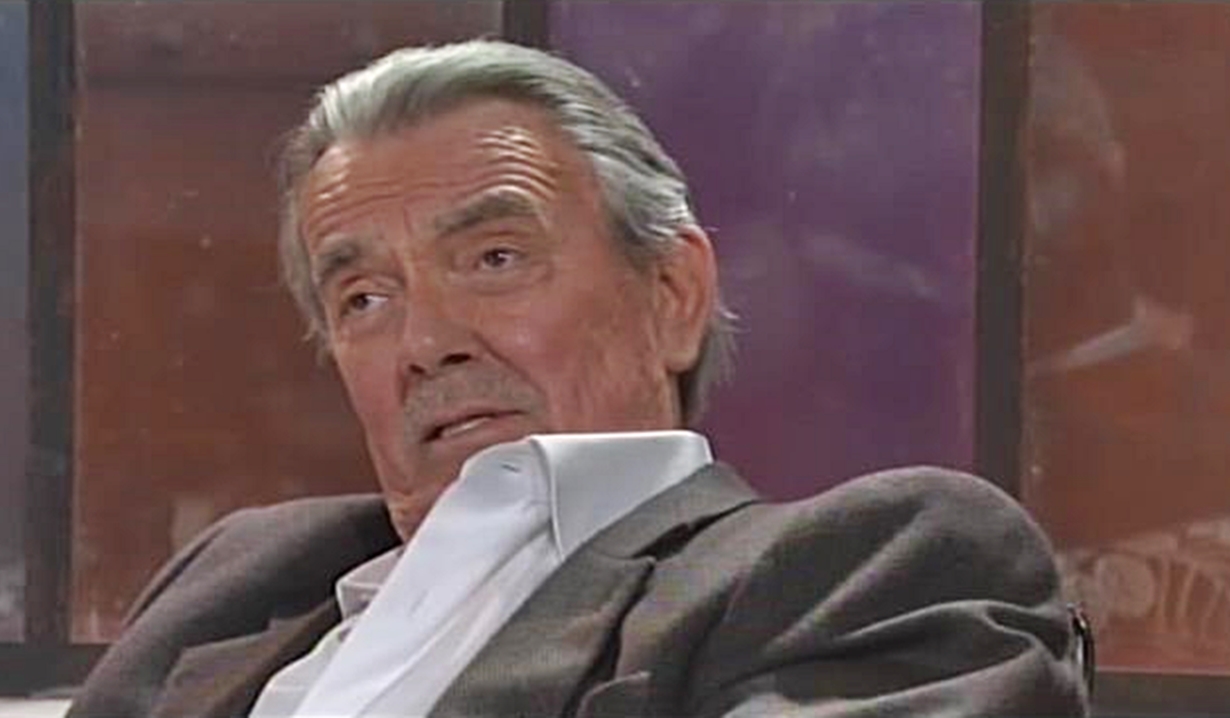 At Crimson Lights, Chelsea’s relieved after seeing Connor. Nick credits her for providing stability and thinks it was right to leave him at camp away from Adam. Chelsea thanks Nick for flying her up to break the terrible news to her son. Adam appears and says, “You mean our son.” Adam can’t believe she went with Nick, who explains Chelsea doesn’t trust him.

At Society, Victoria enthuses to Billy about using the inside information Nick gave her on Dark Horse. Jill appears and complains about not being invited to their recommitment ceremony – she saw the photos online. Victoria scoots, and Billy apologizes to his mother. Jill asks what the hell’s going on at the house – Esther left it open for Kevin then left town. She feels something’s not right. Nearby, Victoria tells someone on the phone to keep digging. 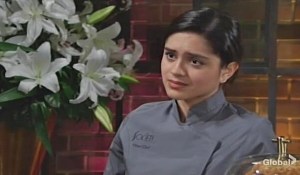 She disconnects and greets Victor, who learns she’s planning to yank Dark Horse out from under Adam. He agrees it’s a travesty Adam took it from Nick, but warns if she’s going against him, to do it with all guns blazing. By the kitchen, Mariah talks to Lola about posting signature recipe videos online, which will lead to a cooking show. Lola balks. Tessa chimes in that Mariah has good instincts. Mariah and Tessa continue their pitch. Lola’s finally convinced to try it. Elsewhere, Victoria rejoins Billy and Jill, who’s stewing over what kind of business Kevin could have in town. She leaves and Victoria updates Billy that Victor agrees with her plan. She confides that something’s going on with the hotel Dark Horse is building – Phyllis may be stabbing Adam in the back already.

At Dina’s facility, Jack holds Mallory upon finding out her dad died.

At Nick’s place, Chelsea tells him it’s harder to justify keeping Adam from Connor – he is his father. 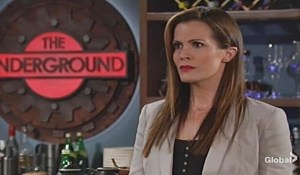 She remembers the custody battle and apologizes. Paul arrives to talk to Chelsea about Calvin’s autopsy results – further tests are needed to determine if Boudreau died from natural causes. Chelsea asks how else would he have died? Paul can’t rule anything out and will question Chelsea tomorrow. He leaves, and she worries Paul somehow suspects her. Nick feels Adam had motive to want Calvin gone. Chelsea doesn’t want to believe he’s capable of such a thing.

At Adam’s penthouse, he complains to Kevin about Chelsea not wanting Connor to know he’s alive before asking Kevin to find out what they’ve turned up on Calvin Boudreau’s death. Kevin accesses the results of the autopsy, which shows the toxicology results are inconclusive. Kevin muses Adam will eventually make a mistake and warns he’ll take full advantage.

At Lola’s apartment, Celeste learns Mariah’s going to make a video of Lola cooking. Celeste worries about strangers watching it, then questions Lola’s outfit. Mariah says they’re going for casual and urges Celeste to direct further concerns to her. They begin, then cut, as Mariah needs her to relax. 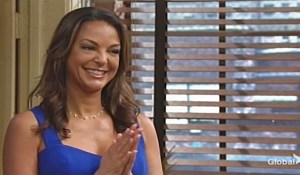 They try again, and it’s not working. Mariah has an idea how to fix it. Soon, Kyle arrives and calms Lola. From then, the video goes off beautifully with Celeste looking on proudly and Kyle teasing throughout. After, they’re all enthusiastic, but Celeste remarks on her drab outfit again. Lola asks why she always makes her feel bad – not everything needs to be about her. Things get tense as Lola rails that Celeste has done nothing but criticize since she arrived in Genoa City. Celeste snaps that she’ll move back into the Athletic Club.

At Crimson Lights, Mallory tells Jack she’ll move closer to her kids in Seattle now. Jack understand, but will miss her.

At Society, Victoria tells Adam there’s something he needs to know about Dark Horse. He tells her to take it up with Phyllis. She muses about being so trusting…and careless. Adam feels Phyllis is the one person not trying to take anything from him. Jack arrives as Adam leaves. He spots Victor and asks about him abdicating to Victoria. Victor needles about Jabot’s turmoil. Jack notes they’ve always had that in common – they’re at their best when knocked down. Jack opens up about a difficult day with Dina; Victor’s sorry to hear it. Meanwhile, Victoria updates Billy that Adam wouldn’t listen to her. They agree he deserves what he gets.

Nick seeks out an old friend.

Rey Reveals Chance Was Busted for...