Tuesday July 9, 2019: On Young and the Restless today, Summer clashes with Chelsea, Nick gives Victoria inside information, and Jack becomes concerned about Victor. 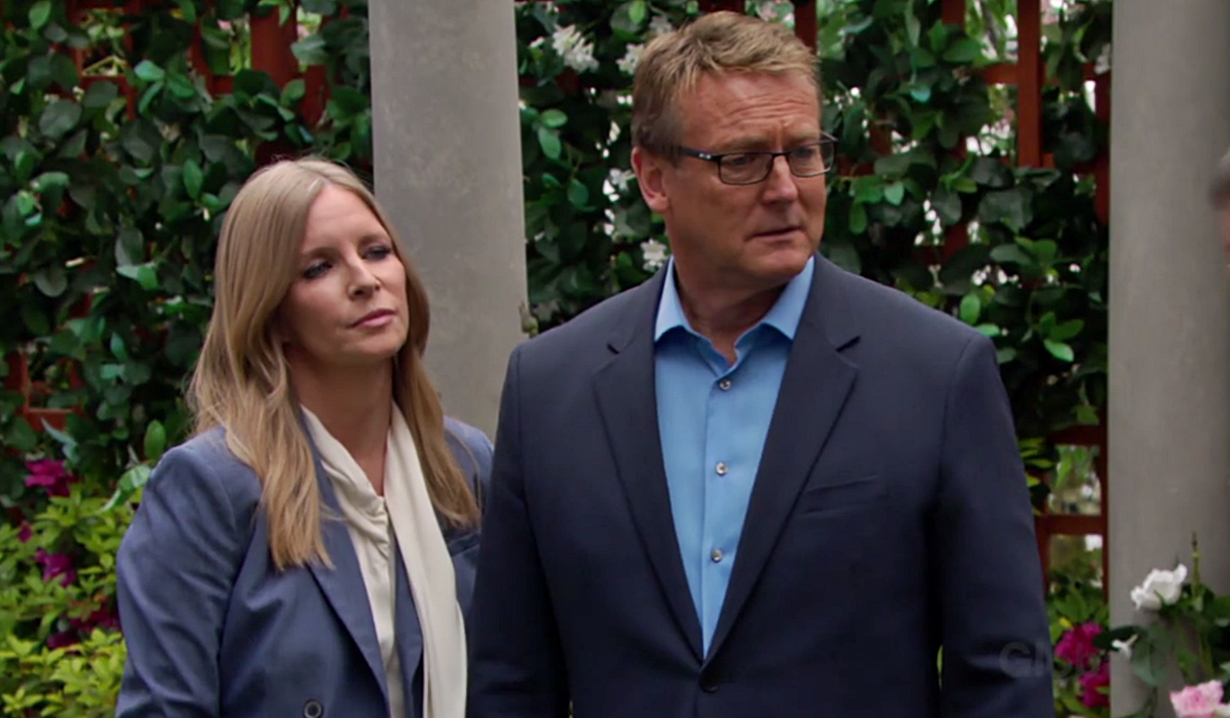 Christine’s in Chancellor Park when Paul arrives with a red rose. She watches her phone and explains any minute it’s going to ring with bad news. Soon, she gets a call from the mayor and updates Paul that Victor will be paid off to make his lawsuit go away 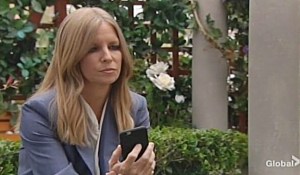 and she has to announce the agreement. Paul’s sorry. Christine says, “It’s time.” Paul cautions, “Chris…” She interrupts, “No, we talked about this Paul. Maybe it’s time I actually do it.” Paul protests then assures her he’ll take on the haters; she’s the one taking the risk.

At Nick’s place, Summer arrives as her father’s covering up Chelsea on the sofa. Nick drags the irritated Summer into the hall to explain he asked Chelsea to stay because her husband died. Summer accuses him of longing for the past. He denies it, then asks Summer to stay while he goes to ask Victoria for the Newman jet to get to Connor. 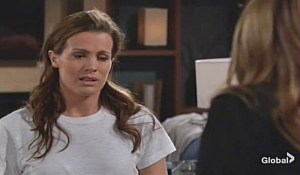 Summer argues that’s Adam’s job and complains, “She’s already roped you in.” Nick leaves and Chelsea awakens to a confrontational Summer who recalls what happened the last time her dad got involved with her – she’s a human wrecking ball. Chelsea argues Nick can take care of himself, but Summer says he gets sucked in and puts Chelsea on notice.

At Society, Victor complains about the server not bringing the check, but Nikki says he’s already paid it. 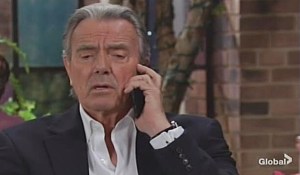 Jack, watching, approaches, but Victor runs him off. Nearby, Billy phones Victoria to update her that Victor’s there and looks okay. He disconnects as Jack joins him – he’s worried Victor’s losing it because he forgot he paid the bill and gave up the CEO position. Billy warns Jack to drop it. Across the room, Victor gets a call and says, “That’s excellent news.”

Victor and Nikki arrive in Chancellor Park and Victor tells Christine, “I understand you’re going to make an announcement today.” Paul warns Victor – he got his victory, so leave it. Victor feels Christine should be in a jail cell. Chris advises by the end of the day she’ll be the real winner. Victor calls her delusional. After, Paul kisses Christine, who laughs, “Show time!”

At Jabot, Jack talks encouraging numbers with Billy, who has to take care of something personal. Summer appears to talk about becoming an influencer using their products. Billy thinks it has potential. Jack’s uncertain when he learns Theo suggested it, but agrees. After Summer’s gone, Jack tells Billy that Theo and Kyle got in a lot of trouble in New York…he worries Theo’s not out of that phase. Billy reminds him Nick’s her dad.

At Newman Enterprises, Victoria won’t give Nick the jet to help Chelsea – it’s not something they should get involved in. Nick reminds her of Johnny, and Victoria counters that Connor is Adam’s son; it’s an explosive situation. Nick argues that she sees what a dirtbag he is, but Victoria feels it’s a love/hate relationship that will soon swing the other way. Nick argues if she won’t do it for him or Chelsea, to do it for Connor. She relents. Nick pays her back by giving her some inside scoop on how to cause trouble for Dark Horse’s high-rise development. Victoria notes if she gets Dark Horse from Adam, she’ll need someone to run it. Nick leaves as Billy arrives. He tells Victoria what Jack witnessed at Society. Victoria notes a side effect of his protocol is confusion. 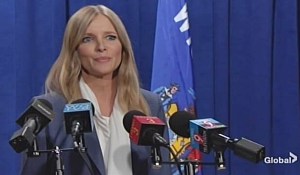 She says she’s worried about him as Victor and Nikki enter. Billy covers that Johnny’s having a bit of a hard time at camp. Victor crows about his huge settlement and asks Victoria to bring up Christine’s announcement on the laptop. They watch as Christine reports that the city won’t be contesting Victor Newman’s claim and a settlement has been reached. She also has a personal decision – she will not be seeking re-election as D.A.

At Crimson Lights, Jack meets Mallory, who talks about her father in the facility. Jack thinks he sounds like his dad, and tells her she’s doing an amazing job. He gets to talking about Traci and a man who may have caught her eye…who comes with a lot of baggage. Jack supposes you should grab happiness where you find it. He and Mallory watch Christine’s announcement with Paul. Jack says, “Give her my best.” Paul takes a call about Calvin’s autopsy.

Nick returns home to find Summer left and Chelsea determined to go see Connor alone. Nick’s arranged for the jet and isn’t worried how it will look if he goes with her. Chelsea wants him to come. They head out with their luggage as Nick urges her to focus on Connor, he’ll take care of everything else.

Adam Vows to Get Chelsea Back No...