Monday July 8, 2019: On Young and the Restless today, Chelsea goes to stay with Nick, Paul interrogates Phyllis, and Theo and Summer reconcile. 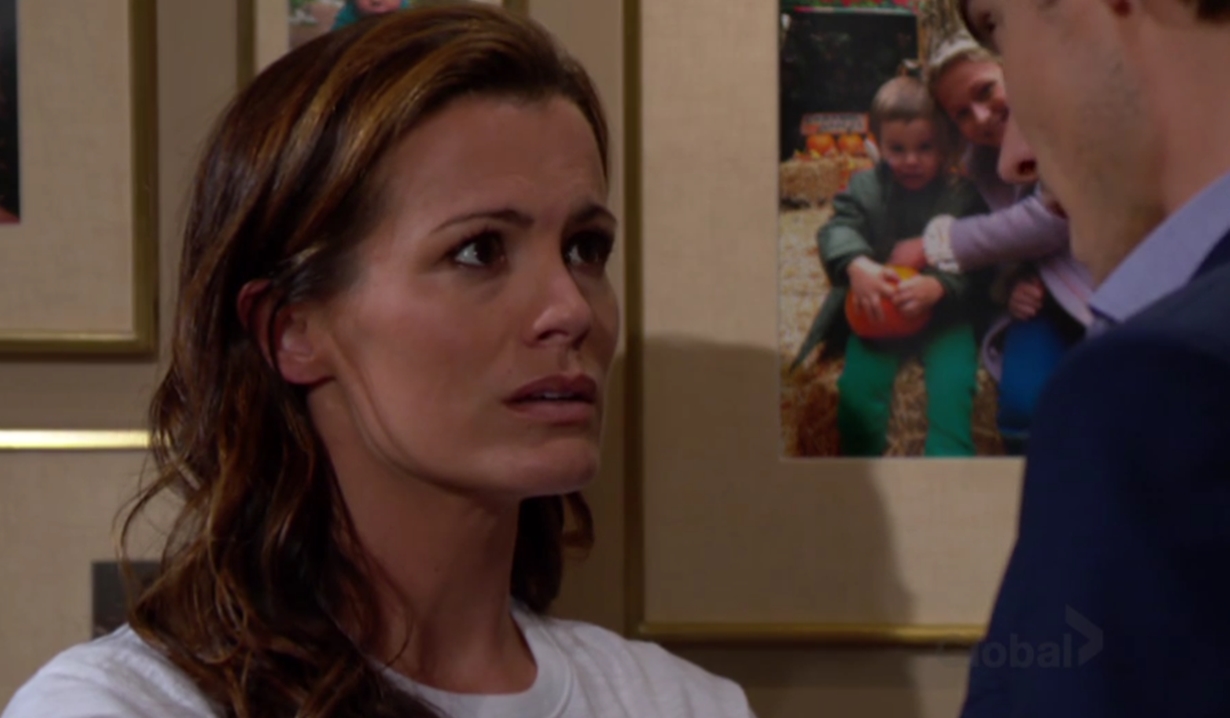 In Chelsea’s suite, Paul explains to her and Nick that he has to question her. Chelsea explains they went to sleep, she woke up, and Calvin was still. Paul asks where she’ll be staying. Nick offers his place. Chelsea thanks him. As they leave, Adam’s waiting, but she goes with Nick. Phyllis appears and warns Adam not to follow. Adam’s worried about Chelsea. Phyllis suggests he give her breathing room. 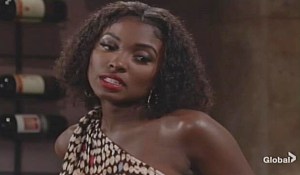 At Devon’s penthouse, Ana updates Nate on Devon hiring someone to babysit her – she needs his help. Nate presumes she wants him to convince Devon to dump the mentor. Ana thinks he needs another perspective, but Nate advises her to see how things go first. He also counsels her to make time for a personal life.

At Crimson Lights, Summer tells Theo she saw him with Ana last night. He reveals they’re working together. She questions him, and Theo wonders if she’s actually wondering about them. Summer declares she’s done with complaining about her ex and apologizes. Theo wants to keep this thing between them going. Ana appears and Theo invites her to join them. Summer steps away and Theo proposes to Ana that they do crossovers involving Jett. She nixes it. Theo thought she didn’t have a problem with him. Ana accepts that Devon hired him, and hopes they can resolve disagreements by talking. 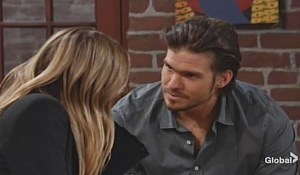 Summer rejoins them and Ana wants the inside scoop on Theo. Summer talks him up, and Ana goes. Theo tells Summer when he was in Austin, he kept wishing she was there. He’s never met anyone like her. He proposes she should be the JVC influencer and he’ll help her build her brand. On the patio, Nate finds Elena – he saw her and the EMTs bring in a DOA. Elena wishes they’d got there sooner. Nate presumes it’s triggering memories about her mom and they discuss her career options. Elena wants to take it one step at a time. Nate credits her with helping Devon and assures her they’re all there for her.

At Nick’s place, Chelsea is stunned Calvin is just gone without warning. Nick notes the same thing happened to Neil. She hadn’t heard and cries. Chelsea says Calvin was a good man and Nick assures her he’s there for her. Adam arrives and pushes past his brother. Chelsea says it’s okay, so Nick goes upstairs. Adam tells Chelsea this changes everything – there are no more roadblocks; they can finally get back on track. Chelsea’s offended. Adam apologizes but argues they’ve been given a gift; a second chance. She hisses Calvin’s death was not a gift. 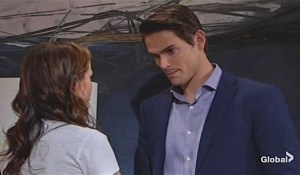 Adam recounts what they once had together – he wants it back with all his heart. Chelsea isn’t that woman anymore and points out all he’s done is attack and manipulate since these people gave him his life back. She confronts him about threatening to take his sons and knows about his conversation with Calvin – he didn’t hesitate to stab her in the back. Adam denies coercing Calvin. He wants them together. Chelsea wants to be free of him. Nick appears, “You heard her.” After, Chelsea updates Nick on Calvin’s conversation with Adam and worries he’ll have greater legal claim to Connor – she has to tell her son. Nick will go with her. When he brings food, he finds Chelsea asleep.

At Chancellor Park, Phyllis stops Paul to inform him it was Chelsea who knocked Sharon unconscious on the floor of the coffee house. 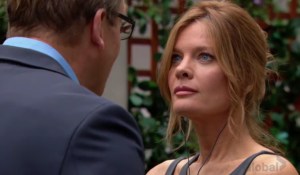 Paul muses Sharon didn’t see her attacker and wonders why she’s mentioning it now. Phyllis shrugs; Chelsea had already left before. Paul switches gears and asks about Phyllis’ recent disappearance – he wants the truth about her ‘vacation’. He interrogates her about the text to Summer and her friendship with Adam. Phyllis clarifies they have common interests. Paul chuckles as she urges him to focus on Chelsea, whose husband just dropped dead. He says, “No signs of foul play.” Phyllis is unconvinced.

More: Catherine Bach returning to Young and Restless as Anita

Adam enters Dark Horse fuming. Phyllis assumes he didn’t take her advice. Adam complains Nick is using Calvin’s death to get Chelsea back. Phyllis says it’s the pot calling the kettle black. She rubs it in how fast Chelsea moved on to Nick – she’s a conwoman who stole and who doesn’t have loyalties. Phyllis warns Adam to prepare to be disappointed, but Adam insists he, Chelsea and Connor will be a family; he doesn’t care who he has to destroy to make it happen.

Theo and Summer enter his suite kissing and tear each other’s clothes off while laughing. They fall onto the bed making out and roll right off the other side.

Victor gets a win.

Relive July 5, 2018 on The Young and the Restless, when Billy lost Jaboat in a a card game, while Hilary let her disdain for Nate be known.