Thursday June 20, 2019: On Young and the Restless today, Ana's stunned by Devon's reaction to her news, Kevin tries to get information from Victoria, and Nate makes a decision. 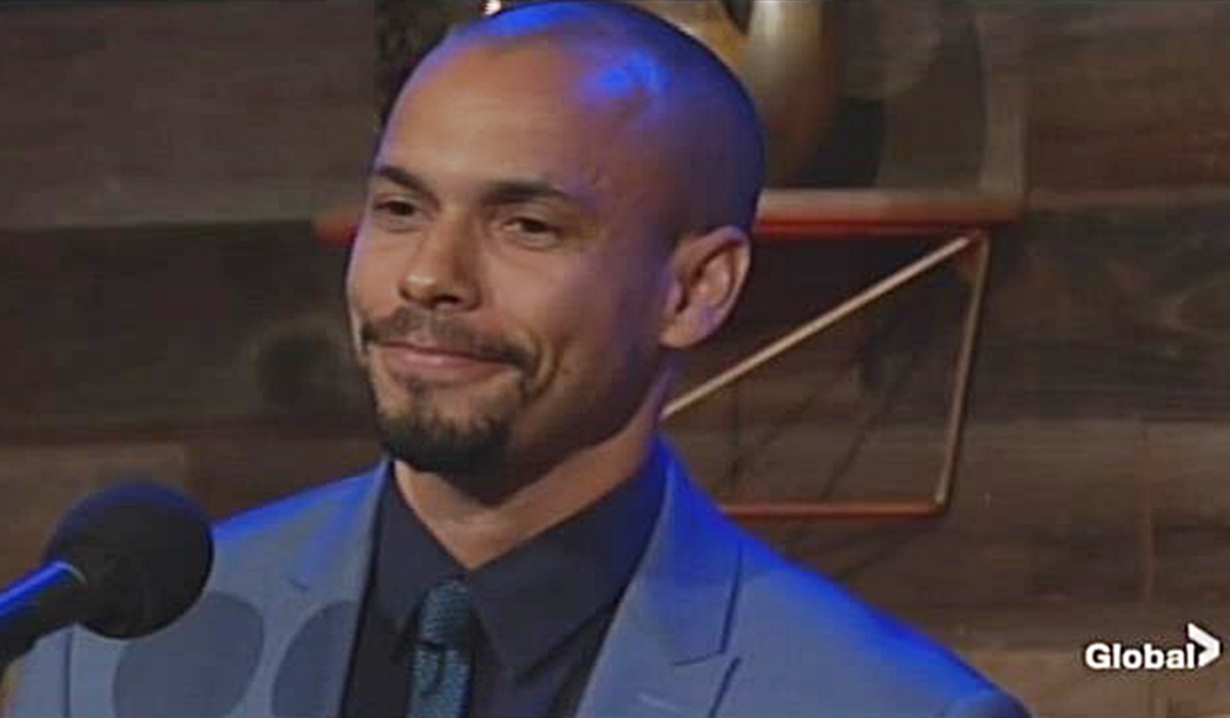 At Crimson Lights, Nate meets with Adam, who has offered twice the property’s worth for the penthouse. Nate’s initial instinct was to say no, but he realized he could do a lot of good with the money and it’s not a good idea to keep it as a shrine to Neil. Adam wants to do the transaction right away. Nate hands over the keys. On the patio, Victoria updates Billy that she tried to make things right with Nick, but he wants nothing to do with her. Billy blames Adam. Victoria wants to put an end to it. Inside, Kevin has joined Adam, who complains about his family – he needs to stay one step ahead of them and needs Kevin to find out what they’re planning – starting with Victoria. Kevin protests. Adam promises he can see Chloe if he gets results. Kevin joins Billy and Victoria on the patio and makes small talk before mentioning Adam’s return. 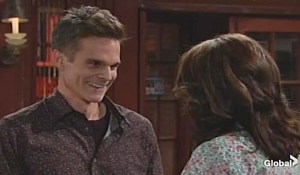 Victoria thinks he’s worse than ever. Kevin asks how she plans to fight back. Victoria updates him on the situation and Kevin offers to help get rid of him. Victoria doesn’t want to push Adam and Billy agrees. Kevin heads inside where he runs into Esther. She looks at recent photos of Bella and warns him to stay away from Adam. Once alone, Kevin texts Adam that Victoria’s not planning anything. On the patio, Billy kisses Victoria – he’ll see her tonight.

In Devon’s penthouse, Ana enthuses about the marketing plan for Tessa and the video they made. Devon surprises her by saying he thinks it’s a waste of time – they have a studio. Ana explains they want people to feel like they’re discovering Tessa. Devon doesn’t think it’s the right first impression. Ana respectfully disagrees. Devon criticizes that she let Mariah talk her into a bad idea. He’ll have to hire someone with more experience. Ana’s stunned.

At Society, Abby and Lola discuss tonight having to be perfect for Devon. Talk turns to the wedding and Lola asks Abby to be her Maid of Honor. Abby gushes, “Me? Really?” She enthuses about throwing a bridal shower. Lola advises her to consult with Groomzilla as Kyle appears. He learns Abby’s standing up for Lola and welcomes her to Team Abbot Rosales. Lola goes to the kitchen and Abby informs Kyle weddings are supposed to be about the bride. Kyle will give her the wedding of her dreams. They argue about bridesmaid dresses until Nate appears. Abby greets him, and then Devon, who admires the plaque for Neil. Jett and Elena enter. Devon shows Elena the plaque and they canoodle. In the kitchen, Lola removes her engagement ring and a busboy inadvertently clears it away. After, Kyle finds Lola for a kiss, then goes back out front and sees Summer. He asks if something was bothering her and she tells him she’s not his responsibility anymore. Nearby, Devon learns Nate sold the penthouse and becomes angry. Nate explains staying there was a sad reminder of Neil and he raised funds to donate to the hospital. Devon is somewhat mollified. Ana arrives and is curt with Devon. Soon, Devon takes the stage and speaks about Neil’s love of music as he makes the dedication. Everyone raises a glass to Neil. In the kitchen, Lola’s ring falls from the bus tub onto a piece of cake going to table seven. Lola realizes her ring’s missing. Kyle appears and she rushes him out. Out front, Summer greets Kevin and tells him about her mother vanishing. 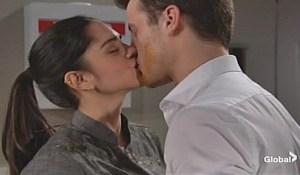 He reassures her. Summer spots Adam arriving – she rushes over to grill him. He’s sure she’ll pop up soon. Meanwhile, Nate is mistakenly given the cake with the ring. He says, “Wrong table.” The cake gets dropped and the busboy picks it, and the ring, up again. Across the room, Ana tells Devon he’s making a mistake hiring someone to babysit her. By the kitchen door, Lola admits to Kyle she lost her ring. Ana and Jett perform together as Kyle and Lola dig through dirty dishes and garbage in the back. Kyle finds the ring in the trash. They kiss. At the bar, Kevin reads a text on Summer’s phone from ‘Mom’. It says, “I’m okay. Got screwed over. Gonna screw back. Gathering ammo.”

Billy is kneeling at Delia’s grave when Adam appears. Billy tells him coming there was a bad mistake.

Victor Orders Adam off His Property...