Victor Orders Adam off His Property Over Custody Suit 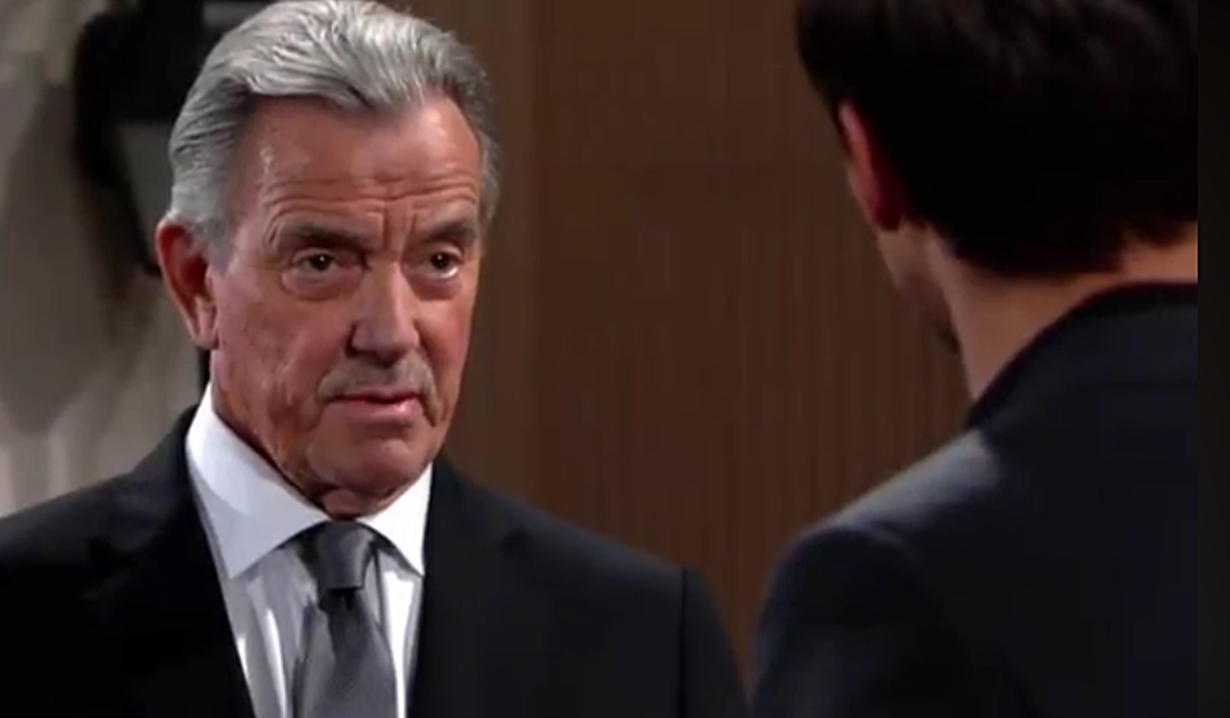 Nikki arrives at Newman Enterprises, where Nate is examining Victor. There’s no change but his positive attitude is good. Victor feels the news about his health will bring his children together. Nate leaves, and Victor asks Nikki what’s going on. She brings up the custody suit and thinks Nick’s wondering whose side Victor will take. Victor feels Nick’s the only father the boy’s known and he never intended a custody battle when he brought Adam back. Nikki urges Victor to let Nick know he supports him.

Michael pays Adam a visit at Dark Horse. He’s there about Kevin and informs Adam his plans to use his little brother to do his dirty work are now null and void. Adam laughs at him believing he has Chloe and challenges Michael to tell the world he kidnapped a dead woman. He hints no one will think Michael’s fit to practice law if he does. Michael senses a threat and warns his mind can go to places as dark and twisted as Adam’s. Adam remarks on how noble he is to defend Kevin and says Kevin has a job to do and better do it. Michael states, “Don’t say I didn’t warn you.”

Traci finds Cane at Society and asks about him relocating. He’s waiting to hear back. Talk turns to the book. Traci says their hero’s in a bit of trouble. Cane gets a call from Lily. 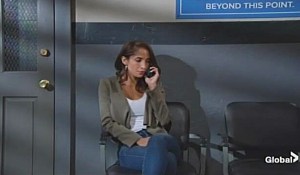 He thought she might be coming to town for the dedication to Neil, but she isn’t – her first class is graduating today and Devon’s taping the dedication for her. Cane’s dismayed when she cuts the call short. Elsewhere, Nate joins Abby and asks her to accompany him to the dedication. She snarks that it’s there, and refuses – she’s done with guys who aren’t honest with her. Nate feels she’s a smart lady who knows why he couldn’t say anything about her father, then asks again. Abby apologizes and admits she’s scared. She doesn’t fit in the Newman family, but can’t lose the only parent she has in Genoa City. Nate can relate because of Neil. Abby agrees to share the special night with him.

At home, Traci writes the novel with Flynn awakening in an alley and being approached by the evil Detective Carl Johnson, who pressures him to drop his ex-wife’s case. 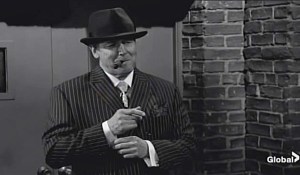 If not, he’ll end up on the bottom of the river and Iris will be framed for his murder. Johnson advises him to sleep on it and knocks him out again. Meanwhile, Velma’s thinking about Flynn when Iris arrives – she thinks Flynn’s in trouble and Derek’s behind it. She has an address; they’ll go together. Once they arrive, Iris sweet talks the henchman until Velma knocks him out. They find Flynn. Traci’s doorbell rings – it’s Cane. He says, “I need you.” Cane asks her to go with him to Neil’s dedication ceremony. She agrees to be his date.

More: Find out if Young and Restless airs July 4

Paul finds Nikki on the Crimson Lights patio and complains about Victor’s lawsuit. Nikki concedes he’s a fighter. Paul feels it would be easier if he went down for the count. Nikki storms off, horrified. 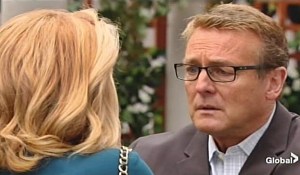 At Chancellor Park, Paul apologizes to Nikki – he’s just upset about the lawsuit due to Chris. He would never wish Victor ill. Nikki, flustered, starts to break down. She swears Paul to secrecy, and he realizes it’s serious. He holds her as she cries. After, they discuss Victor’s illness and Nikki can’t help but think of Katherine. Paul advises her to focus on what she has, not what she has to lose. Nikki worries the bond between her and Victor is breaking; she’s scared. Paul’s there for her and reassures her of her strength.

At the tackhouse, Adam assumes Victor’s there because Nick went crying to daddy. Victor orders Adam to drop the suit – it’s wrong to take the boy from the only father he’s known. Adam needles his father, who also sued for custody. They spar verbally. Like Victor, Adam doesn’t take orders. Victor says Adam’s not like him – he never blamed others or became hateful. He should have left Adam in Vegas since he relishes the role of ‘outsider’. Victor will let him be an outsider and orders him off the property – he’s throwing his second chance away. 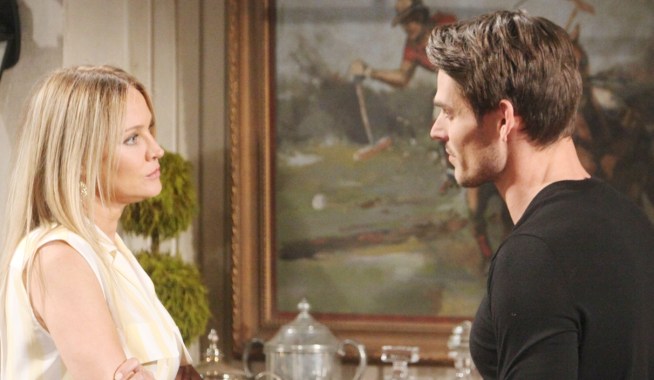 Sharon Wants Adam Out of Her Life After Confrontation 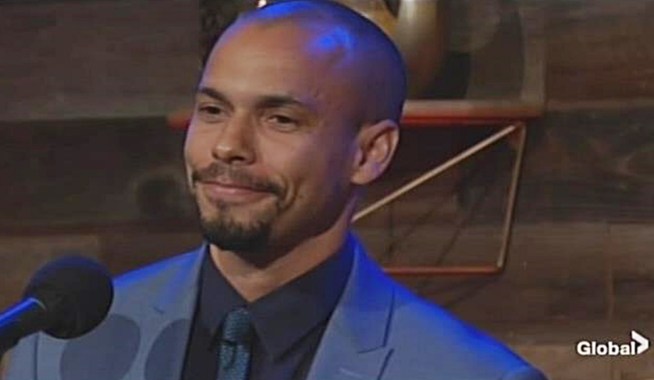