Monday June 17, 2019: On Young and the Restless today, Adam sues Nick for custody of Christian, Nick reaches out to Chelsea, and Phyllis surfaces in Las Vegas. 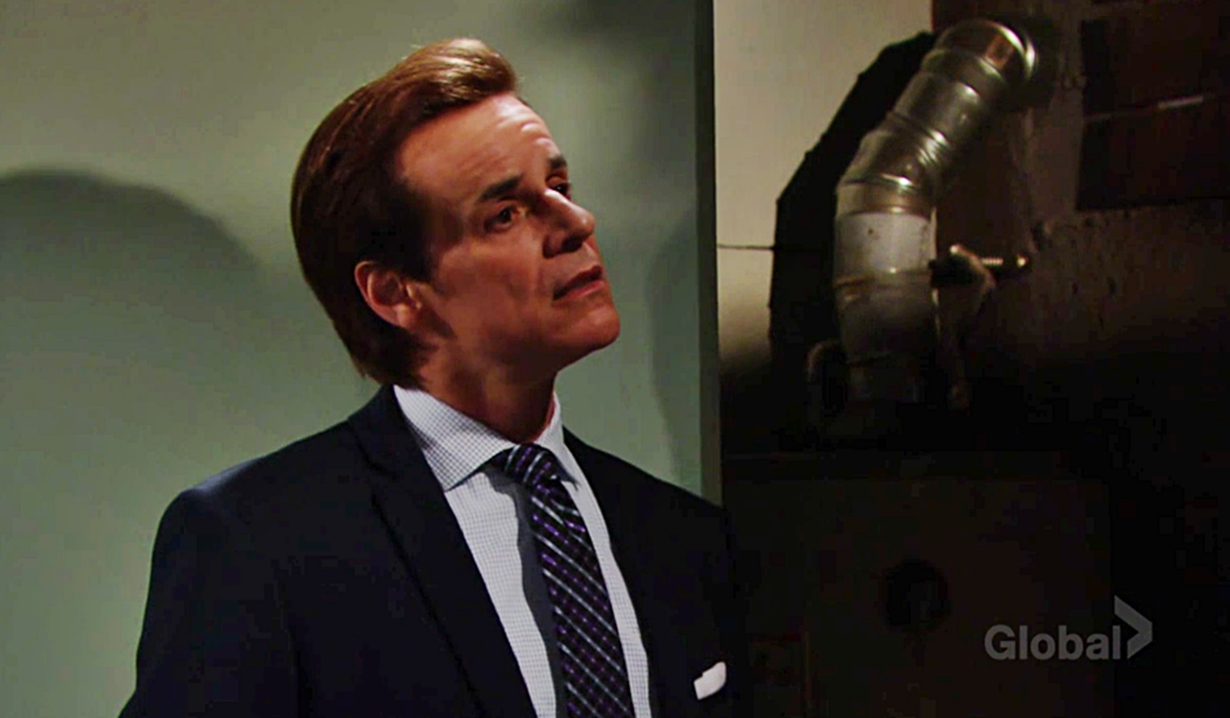 At the basement room, Michael asks what this place is and what’s going on. Kevin demands he leave, but Michael insists he come clean. They shout until Kevin admits, “It’s Chloe okay!” Michael is floored when Kevin says she’s alive and asks what evidence he has. Kevin replies, “I’ve been living with her for the past two years.” Michael yells about people coming back from the dead. Kevin explains she disappeared after they heard Adam was alive. 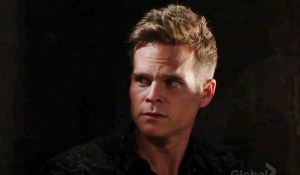 He was holding her captive, so Kevin came to get her back. Michael learns Kevin took Phyllis because he thought she was Adam’s girlfriend. Michael screeches about Kevin not getting his facts straight. Kevin doesn’t need his attitude and explains Adam was willing to trade Phyllis for Chloe. Michael dials Paul and Kevin slaps the phone to the floor – Chloe will be locked up if he calls. He pleads with Michael to help him get Chloe back to Bella – he’ll keep her away from Adam. He also has to stay in town to help Adam. Michael breathes deeply and lets Kevin go.

At home, Nick opens an envelope and grimaces angrily. “Son of a bitch!”

Victoria arrives at Dark horse and Adam tells her he turned down the job at Newman Enterprises and isn’t interested in her rant. Victoria wants to put aside their grievances because Victor is sick. She offers a financial arrangement to get Dark Horse back to Nick. Adam refuses. He muses about giving Nick back the company and taking the CEO position at Newman. Victoria says that’s not happening. Nick storms in, 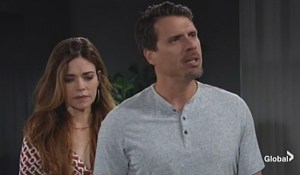 screaming about shoving papers down Adam’s throat. Victoria learns Adam’s suing Nick for full custody of Christian. They argue – Nick won’t ever give him up. Adam will demand a new DNA test. Victoria hisses, “Bastard.” Adam gloats about his huge infusion of cash and Nick says no amount of money will buy Christian. Victoria warns Adam this will come back to haunt him. Adam gestures and says he owes all of this to her. Later, Kevin reports to Adam that Phyllis is back out in the world, but he doesn’t know where, and she didn’t see him. Adam senses he’s lying. Kevin admits she escaped. Adam scoffs, and wants to talk about what’s next. He warns Kevin to get ready for battle – things might get ugly…fast.

Back at home, Nick calls someone – he needs their help, Adam’s suing him for custody. Later, Michael arrives, surprised he wants him as a lawyer. Nick knows he was willing to do whatever it took to help Victor win; now he’s on the right side. Michael thinks they can find things to disqualify Adam as a parent. Nick wants to teach him a lesson. Michael thoughtfully says it would be his pleasure to do that. After, Victoria arrives to apologize and explains why she did what she did. Nick says she gave Adam too much credit and now Christian’s paying for it. He dismisses her. Once alone, Nick phones Chelsea to warn her that Adam’s back to his old self and is suing him for custody of Christian…Connor may be next. 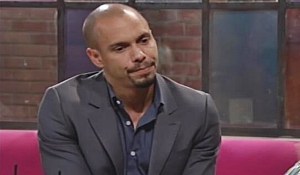 Mariah greets Devon at Society and learns he wants relationship advice. Devon updates Mariah about the student loan fiasco. Mariah confirms he royally screwed up. She warns his money will always be a factor in his relationships. Mariah thinks the loan repayment was too much right out of the gate and made Elena feel powerless. Devon realizes the issue and thanks Mariah.

At Crimson Lights, Nate catches up with Elena, who says Jett’s first shows were incredible. Nate relays she got the EMT position she interviewed for, and she’s thrilled. They sit, and she fills him in on Devon paying off her loans. Nate defends his uncle – Devon’s generous with his money because he knows what it’s like to be broke. Elena feels he discounted her feelings. Nate suggests she talk it out with Devon.

Elena arrives at the penthouse and calls out for Devon. She sees some handmade cards from children on the counter. He arrives and they agree they should talk. She asks about the cards. He admits he donated computers to his old elementary school. Elena thinks it’s wonderful. She doesn’t need anyone to rescue her, just stand by her side. Devon respects her and hopes she can forgive him. Elena regrets not staying to talk it out. They pinkie swear to talk if anything like this happens again. They kiss. 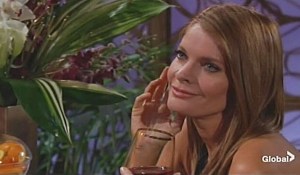 In Vegas, Riza, (played by Tina Casciani), tells Phyllis, (now played by Michelle Stafford), she couldn’t resist her invitation, and asks, “Why the sudden interest in Adam Newman?”

Sparks fly between Sharon and Adam.

Kevin Agrees to Adam’s Demands to...

Sharon Wants Adam Out of Her Life...