Kevin Agrees to Adam’s Demands to Get Chloe Back

Friday June 14, 2019: On Young and the Restless today, Mariah and Tessa meet with Ana, Sharon works to reassure Rey of her feelings, and Jack and Lauren take a trip. 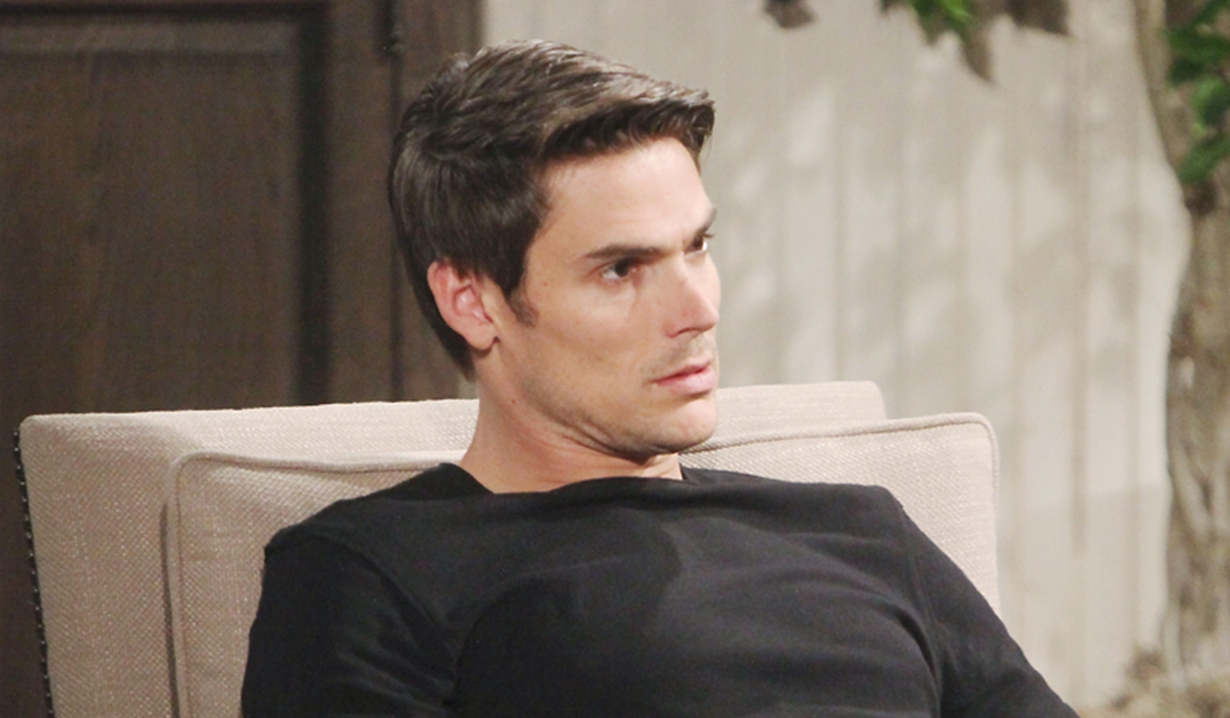 At Sharon’s place, she tells Rey he didn’t have to sleep on the couch. She wonders if he is done with her. Rey’s not even close to being done with her, but feels she’s been different since Adam’s returned – she’s putting him first. 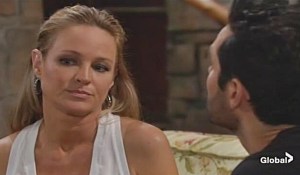 Sharon never meant to let him come between them. Rey asks her to be honest about what’s going on with her and Adam. Sharon cares about Adam and feels guilty for unleashing a monster, however, she thinks Adam has also gotten into Rey’s head.

At the tackhouse, Adam reserves a suite by phone – he’ll be checking in later today. He disconnects, then gets a call from Kevin who demands to know, “Where is she?” Adam claims he doesn’t know where Chloe is and says he’s irritated. Kevin hollers he’ll wish he’d stayed dead if he doesn’t have her by day’s end. Adam likes his spirit and says, “Let’s meet.”

On Crimson Lights patio, Tessa’s keyed up about meeting with Ana. Mariah’s with her whatever she decides. Inside, Michael’s counting the hours until Lauren will get back from upcoming trip. They canoodle until Jack appears. He has no news about Phyllis, but Michael’s still unconcerned. Jack reveals he’s tagging along on Lauren’s trip. She’s excited to take the private jet and kisses Michael. Later, Ana arrives – she thought it would be just her and Tessa. Mariah explains Tessa’s her client now. Ana asks if Tessa’s considering coming back to LP – and wants to hear from her. Mariah leaves and Tessa and Ana work out a deal – Ana will learn how to work with Tessa and Mariah, while Tessa agrees to speak up and not let Mariah do her dirty work. Tessa will stay true to her sound, and Ana will add polish and shine.

At Dark Horse, Adam scoffs at Kevin thinking he has him scared. He reminds Adam he can access his phone and finances; make his life hell. Adam warns he’d have to retaliate, then concedes he has Chloe. 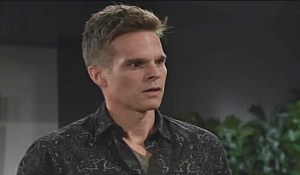 Kevin needs proof she’s alright. Adam dials a number and lets them briefly. Kevin asks Adam what he wants. Adam wants Phyllis, who shouldn’t have been dragged into it. He warns if Chloe comes after him again it will be the last thing she ever does. Kevin strikes a deal. Adam has one more thing; Kevin must to stay in town and be useful – Adam owns him now. Kevin agrees. Michael arrives and Adam excuses himself. Michael asks Kevin what the hell he’s doing with Adam Newman. Kevin would rather not say. Michael thinks he’s acting squirrely. Kevin insists nothing’s wrong and leaves. Michael looks grim.

Mariah arrives at Sharon’s house with news and senses tension. Rey stays home as Sharon and Mariah leave for Society. Adam arrives and Rey tells him Sharon’s out. He accuses him of playing games with Sharon’s head and warns her future is with him. Rey further advises Adam to get a life elsewhere and delivers another warning. Outside, Adam smiles.

At Society, Mariah announces she’s the new head of Power Communications. Sharon’s thrilled and thinks she’s got this. Mariah learns Rey’s upset about Adam and asks Sharon to be honest with her. Sharon admits Adam has unresolved feelings for her. Mariah digs. Sharon insists she shut him down. Mariah warns her not to let him ruin what she has with Rey. 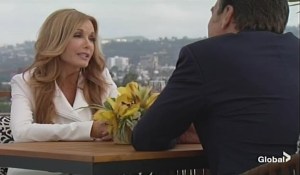 In Los Angeles, Jack talks up Lauren to their business associate, and Lauren teases Jack for photobombing with the company logo. They decide they’re a pretty good team and toast to success. After a delicious meal, Jack and Lauren enthuse about their ‘likes’ on social media. The associate leaves, and Jack suggests extending their trip. Lauren thinks he’s avoiding the realities of his life in Genoa City. Jack realizes he has to make some changes. Lauren will hold him to it.

Mariah returns to Crimson Lights and gets up to speed on Ana and Tessa’s agreement. The trio enthuse about showing the world they’re a force to be reckoned with. Later, Tessa thanks Mariah for believing in her and they kiss.

More: Video, look back on Kevin Fisher’s past

Sharon returns home and promises Rey she won’t let Adam or anyone else come between them. Rey’s been through this with Mia. Sharon snaps, “I’m not Mia.” She asks him, “Trust us.” Rey loves her, but they’ve both been hurt by lies. Sharon says he’s the one that she wants.

In the tackhouse, Adam cancels his room reservation – he’s realized he’s better off right where he is.

Kevin enters the room where he’s keeping Phyllis captive, but she’s escaped out the window. Michael appears – Kevin has explaining to do.

Phyllis’ leg is seen as she drives a car and follows the GPS to Vegas.

Nick tells Adam he’s lucky he doesn’t shove those papers right down his throat, then explains to Victoria that Adam’s suing him for full custody of Christian.

Remember when? On June 13, 2016, on The Young and the Restless, Phyllis and Billy had sex after failing to tell Jack about their affair, while Victoria received a passionate kiss from Travis.

Victor Asks Adam to Carry On His...