Victor Asks Adam to Carry On His Legacy After Revealing Illness

Thursday June 13, 2019: On Young and the Restless today, the Newman children are summoned by Victor, Mariah learns Kyle proposed to Lola, and Traci entertains Dina with her novel. 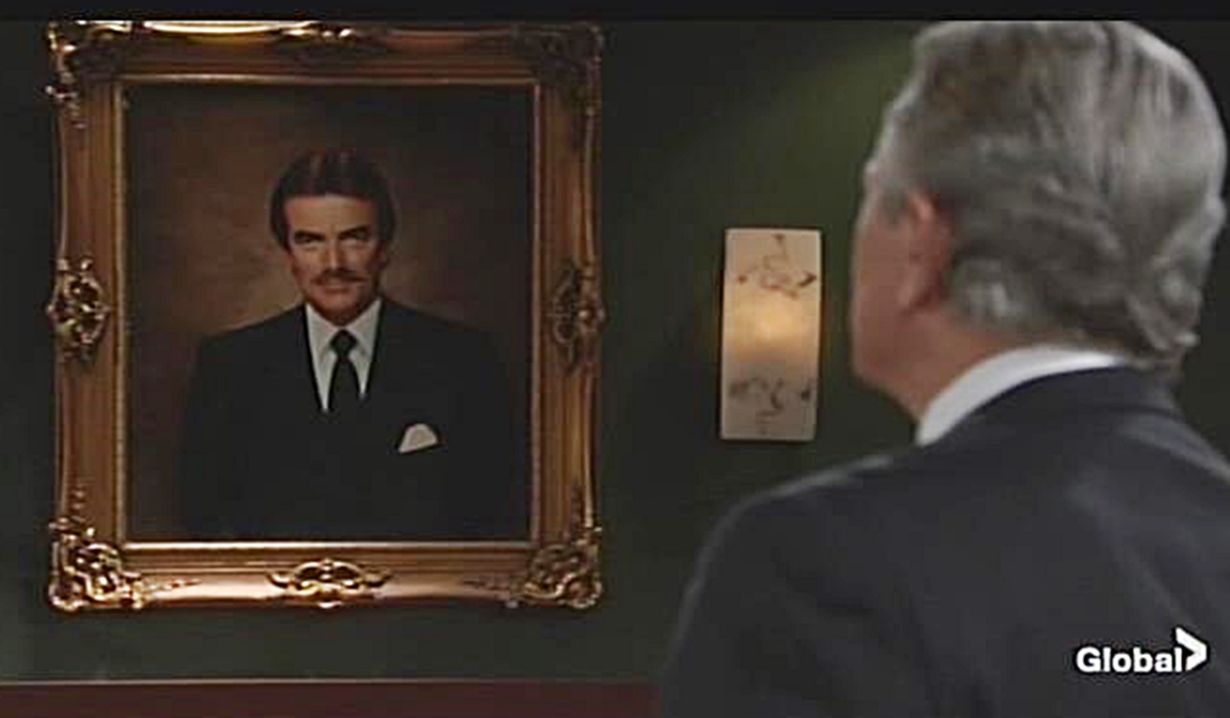 At Newman Enterprises, Nick and Victoria have been summoned by Victor and wait outside his office. Inside, Nikki offers to help Victor explain his situation to the children, but he’ll handle it. Meanwhile, Adam joins Victoria and Nick, who receives a text from Rey about Adam. Abby arrives as Victor invites them in. Victor announces, “I’m ill. The doctors say it’s serious.” He confirms the rare blood disease can be fatal. Abby asks if there’s anything they could do. Victor mentions them getting along. Nick and Adam realize it’s why he was insistent on Adam’s return. Victor reveals even if the treatments are successful, they’ll take a toll on his body. Victoria offers to run Newman. 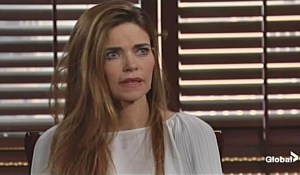 Abby snarks about her taking advantage. Victor asks to speak to Adam alone. In the corridor, Abby needles Victoria about still not being the chosen one, then leaves. In the office, Victor tells Adam he’s the only one genuinely qualified to carry on his legacy. Adam concedes he’s like Victor, but he would never be satisfied living out someone else’s dream. He says, “Give it to Victoria, she’ll be happy to settle.” Adam exits and spars with Nick and Victoria. She snipes that he hasn’t changed one bit and is angry, assuming he’s taken the chance to take over. Victoria leaves as Adam shouts, “Don’t you want to see if you’re picked?” 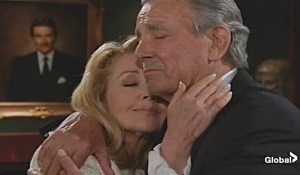 Meanwhile, Nick tells Victor he won’t work with Adam. He knows Victor must be scared, but the Mustache denies it. Nick warns he must stop trying to turn Adam into the golden child – he blew up the family; the best they can hope for is minimal fallout. He goes to confront Adam about running Victoria off. Adam muses that being dead had its advantages. Nick, having received a text from Rey, lets Adam know he knows he met with Kevin Fisher. Once it’s just Nikki and Victor, he tells her, “There’s always tomorrow.” She goes to get the elevator and returns to find him staring at his portrait sadly.

Dina’s excited to see Traci the novelist has returned to the facility to share her book with her. Traci explains it’s called Stolen Lockets, Broken Hearts and is mostly a love story. She begins reading about 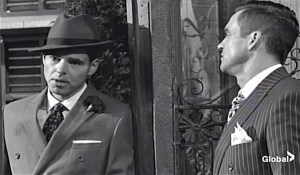 Flynn and Velma, who complains he’s blind when it comes to his ex, Iris. Dina gets into the story and wants to hear more. Traci continues with Flynn hurting Velma’s feelings as he obsesses about Iris. Iris’ husband, Derek, comes to the door and tells Flynn to back off – it’s his last warning. Flynn takes off after him. In the park, Derek meets Cora and kisses her. Flynn starts snapping photos, but a man knocks him out with a billy club and drags him off. Dina cries, “This is terrible.” She’s upset that Velma loves Flynn and thinks he should stop wasting time on Iris. Traci agrees that would be a happy ending.

At Crimson Lights, Kyle laughs at Mariah’s dead plant, which was a housewarming gift for him and Lola, but she forgot to water it. Kyle reveals they’re engaged, and Mariah leaps up to hug him – that’s fantastic! Mariah gets all the details then reveals she has a new job – head of Power Communications. Kyle gapes, “What?” Mariah grins, “I’ve gone corporate, baby!” She explains Tessa will be her first client and confides that as scary as it is, she wants it. Later, Cane runs into Traci and invites her to join him. She’s pleased about his new work for the prison, and he reveals he may have to move to Lakewood and be closer to Lily.

At Society, Lola thanks Rey for not being a jerk to Kyle. Rey is glad he’ll be part of the family. Lola accuses him of lying. Rey insists he believes he’ll fit in just fine as long as he remembers soccer is king and Lola is queen. As they chat, Lola senses something’s up with him and Sharon, but he says everything’s fine. Later, Victoria joins Billy outside and tells him, “No, everything is not okay.” He holds her.

In Chancellor Park, Kyle and Mariah meet up with Tessa and Lola arrives soon after. Lola shows off her ring and says Abby will be her Maid of Honor. Abby appears, visibly downcast, but wants to start wedding planning. Lola pictures a fairytale wedding, outside, and in Genoa City. Abby will get to work.

At home, Nick looks at a photo of him and Victor.

Adam arrives in the tackhouse, pours a scotch and looks pensive. He shakes his head before downing it.

Michael demands the truth from Kevin.

Kevin Agrees to Adam’s Demands to...