Adam’s Co-Conspirator Has Chloe, and Kevin Makes a Threat

Wednesday June 12, 2019: On Young and the Restless today Paul surprises Christine after her clash with Victor, Nick confronts an unapologetic Victoria, and Kyle proposes properly. 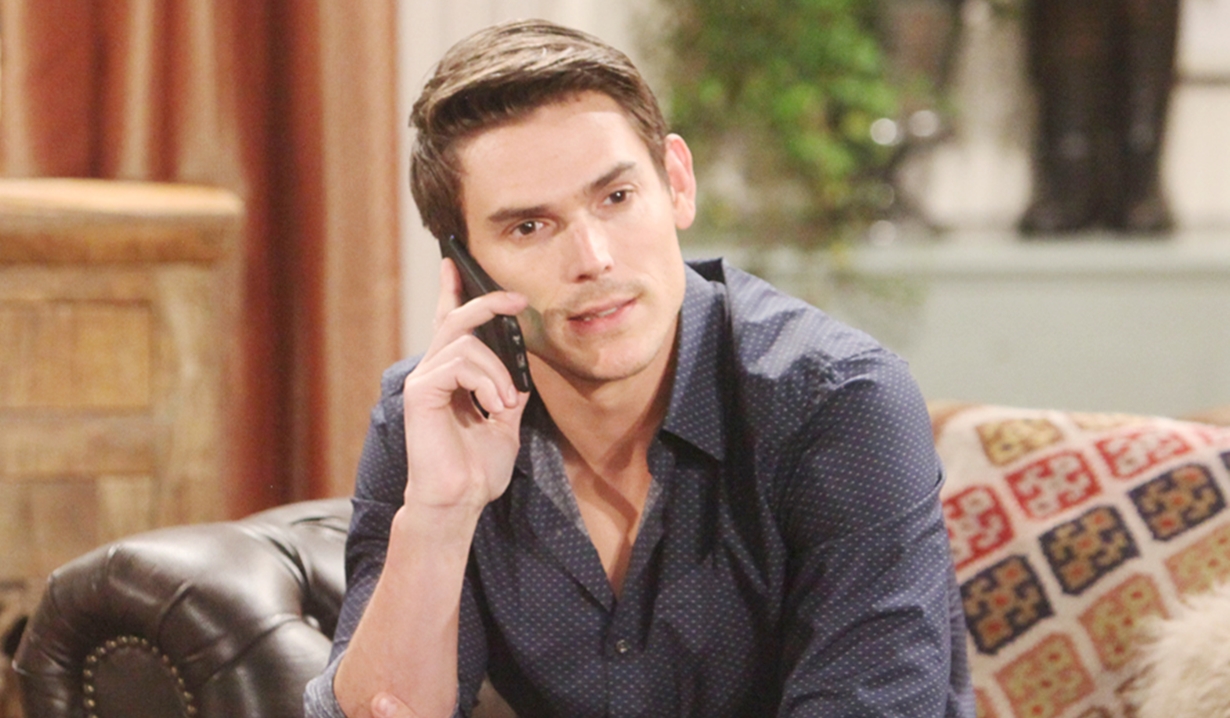 At Nick’s place, Paul shows him that someone linked footage of an empty hallway into the feed outside Phyllis’ room at the GCAC and reveals he questioned Adam.

Adam arrives at Sharon’s place and apologizes for crossing the line. He’s a mess because of Chelsea so grabbed onto Sharon emotionally. Sharon states there have to be boundaries. Adam feels lost – everyone he loves has moved on without him. Sharon says real love means sacrifice. Adam pulls her into an embrace as Rey appears. 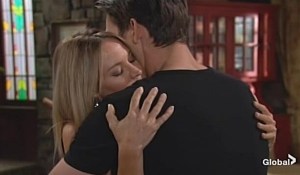 Adam goes, and Rey flips about Sharon and Adam’s constant interactions – he’s a predator and dangerous. Sharon argues she let Adam know what she thought of what he did to Nick. Rey feels she was trying not to think about Adam when they made love – he knows this feeling. Sharon protests. Rey says she’s lying to herself or to him and leaves.

At the tackhouse, Adam instructs someone on the phone to ‘keep her there and let him know if she gives them any problem’. He adds, “Chloe has a penchant for causing trouble.” Nick arrives and asks, “Where is she?” He thinks it’s a coincidence Phyllis went missing after Adam coerced her into hacking his servers. Adam counters that Nick humiliated her – who knows what he drove her to do? He hints he’s not the only Newman screwing Nick over. Nick learns Adam got the money to buy his debt from ‘Dad in a dress’. Adam fills him in on the transaction and Victoria giving him Chelsea’s number. Nick fumes that Adam brings out the worst in everyone. Later, Adam gets a text warning that other people will suffer if Adam doesn’t tell him where Chloe is.

In Chancellor Park, Victoria tells Billy she’s not ready to get back to reality yet as Billy talks about their trip to Jamaica, making love under the stars. He wonders what her family has got up to since they’ve been gone.

Christine arrives at Victor’s office and confronts him about a hurtful lawsuit he’s brought against the department. Victor hollers about her railroading his wife and daughter and letting him sit in a jail cell. Chris can’t find backers for her campaign due to his lawsuit. Victor doesn’t care and dismisses her. 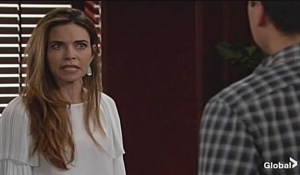 Later, Victoria flashes to her deal with Adam. Nick enters and confronts her about the deal, which only hurt him. He thinks it was about her and Newman. Vikki admits it. Nick complains about being collateral damage. Victoria deserves to be CEO and won’t let Adam take that away. Nick tells her, “You can have it.” Victor appears as Nick exits. Nikki appears, followed by Nate. Victor lies he’s making a donation to the hospital. Once Victoria’s gone, Nate updates Victor – his body didn’t respond to the treatments as hoped. Nikki wants to tell the children what’s going on – if Victor won’t, she will.

At Society, Kyle joins Summer and Billy for a meeting. Summer’s not on the ball so Kyle covers. Billy steps away and Kyle asks Summer what’s going on – he assumes she had another all-nighter. Summer insists she’s fine so Kyle goes to see Lola, who agrees to come home between lunch and dinner. Lola spots Summer and asks if she’s okay. Summer is scared – they can’t find her mom. Lola knows what it’s like to worry about your mom when she’s acting sporadic. She confides her dad walked out when her mom was pregnant with her and she grew up seeing the toll it took on her. Summer says her mom feels wounded right now too. She asks about the engagement and snarks they’ll have to compare rings. Lola hopes everything’s okay with Summer’s mom.

At Crimson Lights, Christine updates Paul that she visited Victor about the lawsuit. Paul is unconcerned – the city will settle with him. Chris worries; she’s up for re-election. Paul has something to make her day better. Later, Victoria meets up with Billy and updates him on Nick being upset with her. Billy feels there’s no shame in protecting herself. 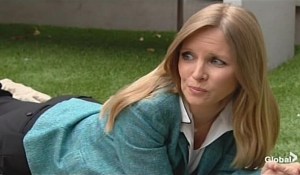 In Chancellor Park, Paul surprises Christine with a picnic. She can’t remember when she last took an hour to relax. They canoodle and Paul assures Chris everything will be fine – he believes in her and loves her. She feels smart to have married him. They kiss. Paul says they’ll always have each other.

Lola enters her apartment to find lit candles and flowers. Kyle, in a suit, wanted to do it right this time. He kneels and tells her she’s changed his life. “I’m asking you officially…” Lola stops him, removes her chef jacket, then lets him propose. She accepts, he places the ring on her finger, and they kiss.

At Nick’s place, he comforts Summer regarding Phyllis.

Nick Threatens Adam After Victor and...

Victor Asks Adam to Carry On His...