Thursday June 6, 2019: On Young and the Restless today, Mariah gets an unexpected offer, Lola replies to Kyle's marriage proposal, and Phyllis is taken by surprise. 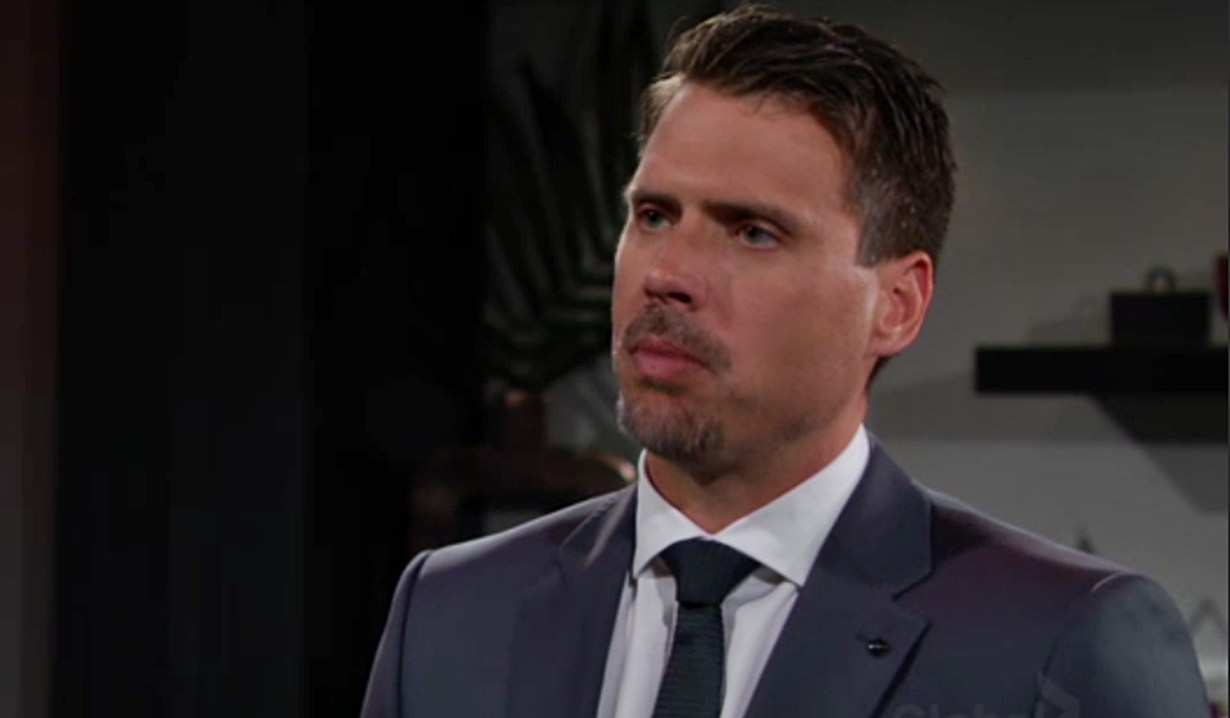 At the tackhouse, Phyllis negotiates with Adam – $2.5 million for her hacking services. Once the money’s been transferred, Phyllis starts accessing the Dark Horse server on a laptop, but stops. Adam realizes she’s growing a conscience and reminds her how Nick berated her at Society. 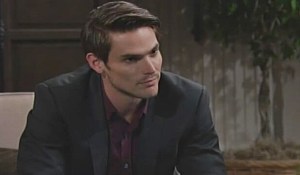 Phyllis types then says, “We’re in.” Adam directs her as she clicks until he sees what he wants. He explains he’s found the vulnerability – Nick’s leveraged up to his neck. Adam theorizes about someone buying the loan to get the upper hand over Nick. Phyllis replies, “Someone like you…” Adam gets on the phone and buys the debt. He tells Phyllis the leverage is for Christian. Phyllis warns how much the little boy means to Nick. Adam leaves, advising Phyllis to lock up.

At Crimson Lights, Mariah reassures Tessa about a broken guitar string, which she feels is a bad omen, then gives a pep talk about her performing at Society. Tessa learns Devon wants to see her. Mariah will meet him instead.

More: Actors who played different characters on Young and Restless 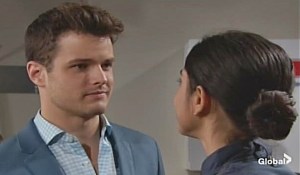 At Society, Jack chats with Nick and Summer. Rey materializes – he needs to speak with Nick so they’ll meet at Dark Horse. In the kitchen, Lola’s stunned by Kyle’s proposal. He admits it’s impulsive, but he knows what he wants. Lola feels it’s too fast. Kyle decides he’s an idiot for proposing when he’s not even divorced. Lola has to do something and leaves. Meanwhile, Jack watches Summer and Theo do shots. He leaves after a text. Theo worries people were upset about him coming and Summer reassures him. Summer goes to look for Jack – he’s out front with Kyle, who is agonizing over his inept proposal.

Devon’s puzzled when Mariah shows up at the penthouse to give Tessa’s side of what happened with Ana. Mariah explains they have differing visions – Tessa doesn’t want to be a mainstream pop star; her art is what’s important. Switching gears, Mariah informs Devon she’s leaving GC Buzz. It hasn’t been the same there since Hilary died. Devon understands. Mariah likes the idea of creating something and seeing it through. Devon suggests she can do that and stay with Hamilton-Winters by running Power Communications. Mariah doesn’t feel she’s qualified, but Devon disagrees – she won’t let him or Neil down.

At Dark Horse, Rey updates Nick that Adam’s been looking for a woman named Chloe Mitchell. Nick’s bewildered – she’s dead but tried to kill Adam once. Rey thinks maybe she tried again. Nick thinks Adam may believe Chloe can lead him to Chelsea and Connor. Later, Nick finds Adam waiting – he gloats he has 27 million reasons to be there. Nick’s stunned. Adam asks, “Shall we do this in your office?” Adam tells Nick he doesn’t just own information, he owns him. Nick asks, “What do you want?” Adam replies, “My son.” Nick calls him a bastard. They argue about Christian. Adam gives Nick 24 hours to decide – Dark Horse or Christian. 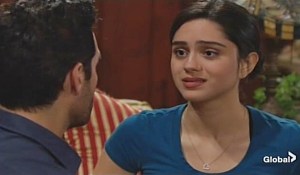 At Sharon’s place, Rey’s filled her in on Adam’s search for Chloe. She thinks maybe he wants to be sure she’s dead. Rey relays that Nick feels she could lead Adam to Chelsea and wonders how far he’d go to get what he wants. Later, Lola arrives to talk to her brother about Kyle’s proposal. Rey counsels that marriage is a huge step and feels they should wait. Lola worries that she gave Kyle the wrong impression by running off and has to fix this.

At home, Kyle hangs a banner that says, ‘I’m sorry’.

At Society, Tessa finishes her set to applause and Theo notices Summer’s deflated. She admits she overheard Kyle tell Jack he proposed to Lola. Lola stands by the bar as Summer opines that maybe the proposal was a good thing – she’ll leave marriage to the boring, predictable people. Lola gets a text that Kyle’s waiting at home. Later, Mariah watches Tessa’s next set then tells her Devon was understanding about her not working with Ana…then asked her to run Power Communications.

Lola arrives at home to Kyle’s apology. She’s sorry for running away and explains she talked to Rey, who thinks they should wait. Lola relays that Summer’s reaction to the news made her think. “I’m saying yes.” They kiss and agree they were meant to be together. Lola starts pulling his clothes off and falls on top of him on the sofa.

Sharon arrives at the tackhouse to find Phyllis leaving and questions her. Phyllis challenges the blonde to call her boyfriend, who might be interested by her great concern for Adam.

In her suite, Phyllis is looking out the window when a figure in black clothing grabs her from behind and injects her with a needle.

Phyllis is backed into a corner.

Kevin Holds Phyllis Captive in a...