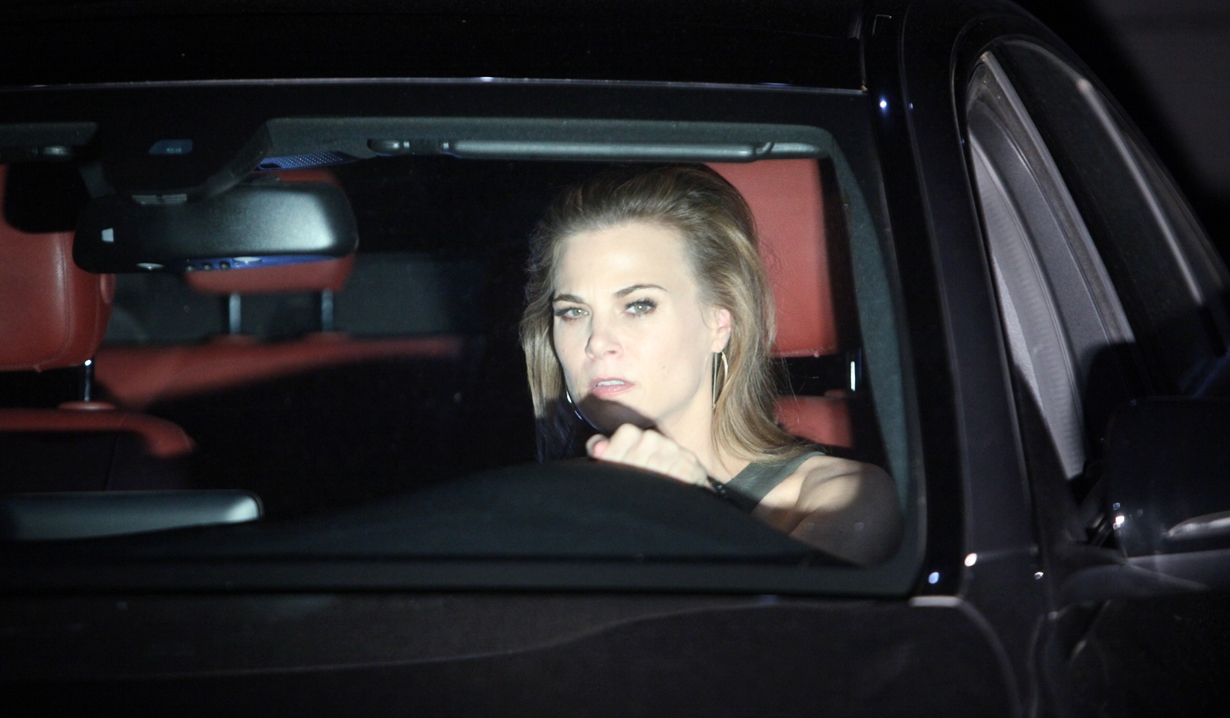 On the roadside, Phyllis hollers, “Adam? Who taught you how to drive?” Adam asks if she’s alright and they spar verbally. He checks the cars for damage and notes she’s over the legal limit. He’ll call for a tow and invites her to his place for coffee. Phyllis is suspicious, but goes along.

Victor arrives at Nick’s place for a late-night visit. Nick learns his father and Adam argued and is not surprised. He wants to know all about Adam’s latest scheme. Victor complains none of his children will give Adam the benefit of the doubt. Nick points out Adam offered to leave…with Christian. Victor suggests he might be bluffing and reveals he just found out Chelsea has remarried, and her new husband adopted Connor. 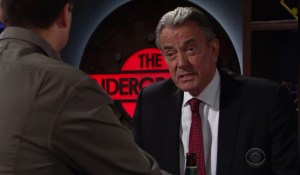 Nick’s angry – how did he get her number? Victor waves off the question to focus on Adam’s feelings. Nick says he doesn’t get to fill the void with Christian. Victor relays he was unable to dissuade Adam from pursuing the boy and laments the fighting. Nick can’t understand why his father puts up with Adam’s tantrums – is there something he’s not telling him? Christian toddles out and interrupts. After, Victor and Nick discuss Victoria’s recommitment ceremony. Victor’s glad it won’t be legally binding. Talk turns back to Adam. Nick accuses Victor of favoring his youngest and warns he won’t give up what’s his. Once alone, Nick looks at a photo of Christian and thinks.

More: Watch as Nick refuses to give up Christian

In the tackhouse, Adam presumes Phyllis is in trouble. She wants to leave Genoa City – she’s persona non grata. Adam urges her to embrace it; it’s more fun that way. Phyllis questions him returning to town. Adam explains it’s paradise for pariahs – they already expect the worst so you’ve nothing to lose. He fills her in on his offer to Nick and Victoria, and Chelsea’s situation. He wonders who’s on Phyllis’ current hitlist. 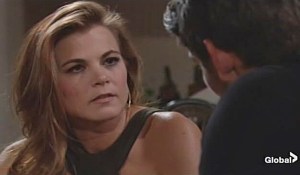 Phyllis updates him on her dismissal as CEO of Jabot and her rip-off site. Adam enthuses, “Oh, hell has no fury…” He asks what her endgame is – what does she really want? Phyllis replies, “Respect.” Adam’s dismissive. Phyllis says, “Success.” Adam agrees; power is everything. He wants to set the town on fire; he has the gas on him and asks if she’d like to be his match. Phyllis asks what she’d have to do. Adam wants her to get him hacked information on Dark Horse. Phyllis balks, but Adam asks how $1 million dollars of success sounds. Once alone, Adam leaves Chelsea a voicemail wanting to meet – he’d give anything to see Connor’s face…and hers. “I miss you.”

At Society, Summer and Theo order shots and dance. Abby watches and smiling, muses, “It’s going to be a dumpster fire.” Their companion Natalia posts selfies, then asks Summer about her mother being a hot mess when Theo steps away. Summer shrugs, “Stuff happens.” Kyle arrives to see Lola and Theo drags him over to dance. Summer fills the group in on their marriage and divorce, so Kyle excuses himself. Nate arrives and Abby tells him there’s a train wreck – he’s in time for the finale. Summer downs another shot. 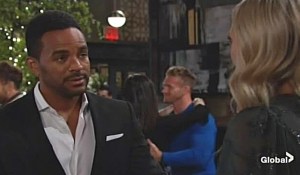 Nate warns her about her liver, but Summer’s unbothered. Theo asks Summer to take the party to his suite. Abby’s flirting with Nate when she sees a message from her father about starting treatment. Nate tells her to ask Victor as he enters the club. Abby demands to know why he needs treatment. Vic assures her it’s just physical therapy, then leaves with his takeout. Abby appeals to Nate again, but he can’t tell her anything. She vows to find out what’s going on.

At home, Lola notes Kyle is gloomy – she saw Summer throwing back shots and was concerned too. Kyle fills her in on Phyllis being mean to Summer at the Abbott house – Summer gets hurt and goes wild; it’s the same pattern every time, just like her mother. Lola warns Summer feeds off his worry – there’s always a crisis that requires his attention. She’s an adult, and not his responsibility anymore. Kyle agrees – Summer is a grown woman and can take care of herself. They kiss. After, Kyle gives Lola a gift for their one week living together anniversary – a picture frame. They take a selfie to put in it.

Summer and Theo enter a suite laughing over something he said to Devon. Summer asks about Natalia, but Theo wants to chill with Summer alone. He kisses her. Lying on the bed, they take selfies for social media then start making out. In another suite, Phyllis opens her laptop and looks at the Dark Horse website.