Monday June 3, 2019: On Young and the Restless today, Rey's concern about Adam grows, Phyllis crashes a party, then crashes her car. 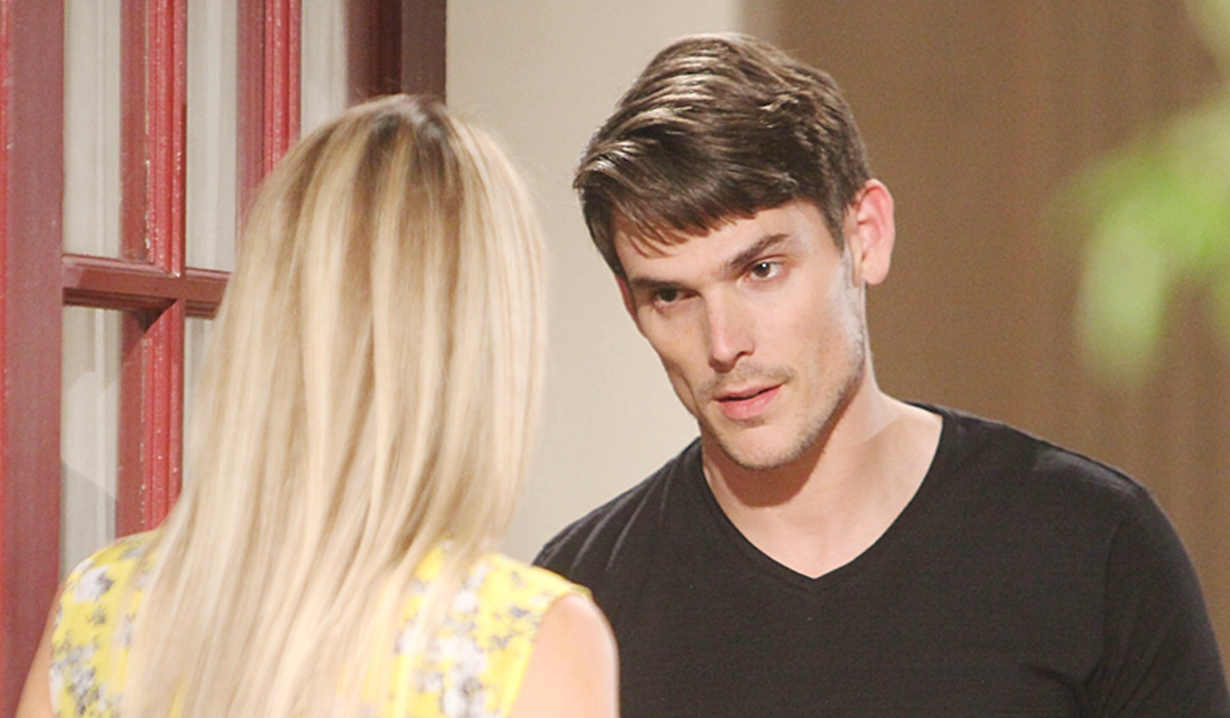 Victoria and Billy are working on email invitations for the re-commitment ceremony when Traci appears. They fill her in, and she leaves. Billy and Vikki discuss Adam. She hasn’t heard from him since handing over Chelsea’s number. Billy thinks his next move will be underhanded, though Victoria believes he’s sincere about wanting to start over with Chelsea and Connor. Billy’s proud of how she handled it. The finish their invitation and press ‘send’.

At the tackhouse, Sharon informs Adam that Chelsea returned her call. 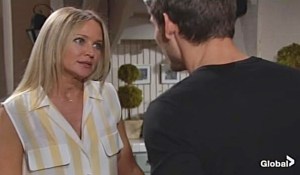 Adam’s excited. Sharon says she was shocked, but explains she’s married and doesn’t want to subject Connor to more emotional upheaval. Chelsea’s new husband adopted Conner; they have new identities and Chelsea won’t disclose their whereabouts. Adam hollers as Rey listens outside the door. Inside, Sharon tells Adam that Chelsea was terrified and didn’t want to uproot her son again. She advises him not to pursue this. Adam takes a call from Victor and has to go.

At Crimson Lights, Lauren asks Phyllis to tell her the site is down. 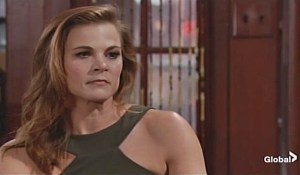 Phyllis thanks her for her concern. Lauren hisses that if the site remains open, she will stop protecting her and so will Michael. On the patio, Traci works on her book as Flynn updates Iris on her husband’s deception. She kisses him to show what he’s missing and leaves. Bella appears and complains Flynn’s blind when it comes to Iris. Bella lets Flynn know she’s in love with him. Flynn kisses her, but Traci backtracks, typing and tutting, “No, no, no, no.”

At Jabot, Jack, Summer, and Kyle discuss the rip-off site. Summer worries her mom is behind it. Jack’s already confronted her. Billy and Lauren arrive, and the Jabot Collective is launched. Summer hugs Kyle – they make a great team. Kyle tells Summer he hopes she finds happiness. Summer takes a call from Theo, who’s in town. Jack wants to celebrate at the house.

Sharon’s surprised to find Rey at home and not at Dark Horse. He reminds her part of his job is to watch Adam – he was at the tackhouse and saw them looking very intense; it made him uncomfortable. He hopes Sharon won’t trust Adam. She wonders if he’s afraid she’ll fall back in love with him. Rey’s just concerned he’ll manipulate her. Rey goes to Dark Horse, and when he returns, Sharon reassures him he has nothing to worry about with Adam. They kiss.

At Society, a tipsy Phyllis taunts Billy – she thought he’d be whooping it up over Jabot’s launch. Billy warns Jack thinks she’s behind the phony website. He muses about her taking money from him to start a company designed to take down Jabot. Phyllis sneers at him to stop and leaves.

At Newman Enterprises, Victor suggests Adam compromise with Nick where Christian’s concerned – it would be cruel to remove him from the only home and father he’s known. Adam angrily retorts that Christian’s his son and no one is going to take that away from him. They bicker until Adam blurts out the news about Chelsea. He plans to track her down and get his son back if nothing else. Victor protests. Adam points out Victor didn’t let go of him when he learned he was alive in Vegas. Victor will look into Chelsea and takes her number. 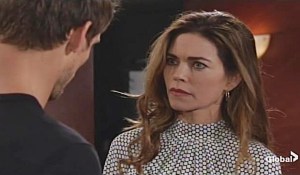 He asks Adam to take on a project, but Adam won’t work with Victoria. Adam accuses Victor of managing him and decides he’ll distance himself from all of them. Outside, Adam updates Victoria that he’ll use her capital to start something of his own – she got what she wanted. Victoria goes in to complain Victor’s lost perspective – he sees Adam as a victim. Vic doesn’t need protection from his own son.

At the Abbott house, Kyle looks uncomfortable when Summer joins him, Billy, and Jack to celebrate. She has Theo, (played by Tyler Johnson) and an Internet influencer named Natalia with her. Lauren arrives and knows Natalia. Jack takes Lauren aside to gush about their numbers. Phyllis bursts in and toasts to each and every one of them getting what they deserve. 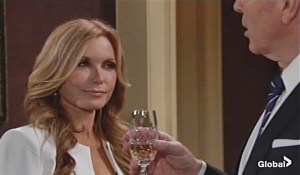 Phyllis calls them out, tearfully and angrily. Lauren asks if she’s been drinking and the Abbott men smirk. Summer looks concerned as Phyllis leaves. Later, the party breaks up and Jack asks Lauren if Phyllis was behind the site. Lauren admits she warned her to take it down. Jack’s grateful she’s on his team. Lauren refuses another drink and they agree it was a good day.

At the tackhouse, Adam gets a text – someone found what he was looking for. Adam tells them to stay on it.

In her car, Phyllis swerves off the road, then gets out to confront the other driver – it’s Adam.

Nick plots what his next move will be.

Hilary Appears to Devon After He...