Lauren Gives Phyllis an Ultimatum As She Rages Over Knockoffs

Thursday May 30, 2019: On Young and the Restless today, Victoria hands over Chelsea's phone number, Rey contemplates keeping a secret from Sharon, and Esther is stunned to see Adam. 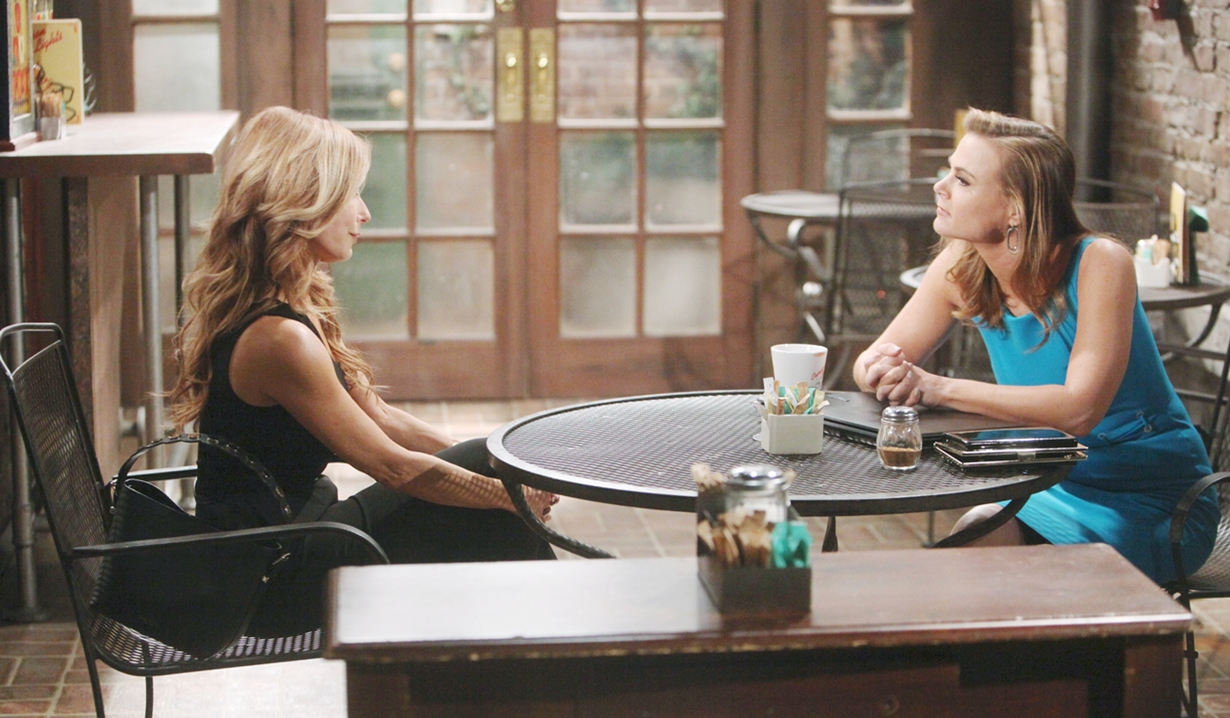 At Crimson Lights, Esther is startled to run into Adam, who tells her they’ll catch up later.

Sharon hesitates outside her door, then enters and tells Rey it was surreal hearing Neil’s final wishes. She explains he left her his late wife’s jewelry, and Rey divulges that Nick asked him to handle security for Dark Horse. Sharon’s taken aback, but is okay with it.

At Dark Horse, Victoria tells Nick they need a game plan regarding Adam. Nick counters they can’t negotiate with a terrorist. Victoria feels they need to attack him in a way he’s not expecting. Nick isn’t interested in doing battle and leaves for a meeting. Victoria realizes he left his phone and looks up Chelsea. 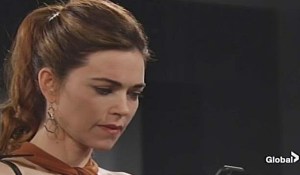 Elsewhere, Nick meets with Rey and tells him part of the job is watching his brother. Nick’s suspicious about the shooter who turned himself in and updates Rey on Adam’s demands. He also wants him to provide security for the family and suggests Rey not give Sharon these details. Rey contemplates keeping secrets from Sharon, but Nick warns Adam would get it out of her – he’s a master manipulator. Rey signs on with Nick.

At Jabot, Kyle, Billy, and Jack look at Phyllis’ copycat website and learn Ashley tipped Jack off about the June 1 launch. Jack explains it’s a company out of Beijing and he has the legal team working on it. Billy wonders how a foreign entity got their hands on Jabot Collective’s information. Billy suspects Summer, but Kyle and Jack discount it. Jack recalls the past and wonders if it could be Chelsea Lawson. Once alone, Kyle gets on the phone with his tech crew and challenges them to find out who hacked Jabot’s servers.

Adam enters Victor’s office and pokes around before sitting in the chair. Victoria enters and advises him not to get too comfortable. Adam muses it’s a little big for him, but he’ll adjust. Victoria tells Adam she’s there to help him – with the last known phone number for Chelsea. That’s one demand down, and she negotiates his $500 million down to $50 million, but warns Christian belongs to Nick. He has a shot at happiness with Chelsea and Connor. Adam muses, “You really want me gone.” Once alone, Adam dials Chelsea’s number, gets automated voicemail, and disconnects.

At Society, Phyllis tells a man she’s meeting with that he has to do whatever it takes to make this happen – June 1 is right around the corner. She’s referencing her plan when Jack appears and says, “It sounds intriguing, I’d love to hear more.” Phyllis’ associate leaves, and Jack fishes about her business venture. She shows him a website for her new tech consulting firm, Summers and Associates. Jack’s surprised and wishes her the best. 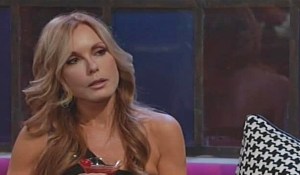 Later, Victoria meets Billy at the bar and gleefully informs him she dictated the terms of Adam’s departure and gave him Chelsea’s number. Across the way, Jack updates Lauren on Dina’s move, then turns to business. He informs her a company in Beijing has copied Jabot Collective. Lauren snarks, “Unbelievable.” Jack wonders if she knows something more about this. Lauren claims she doesn’t, but once Jack leaves, she calls Phyllis and demands she meet her…now.

At Crimson Lights, Sharon spots Esther and joins her. She’s shell-shocked from seeing Adam. Sharon offers to bring her fresh coffee, listen, or just sit with her. 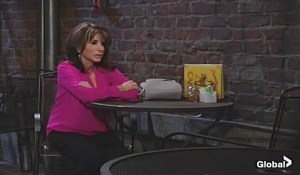 Later, Lauren meets Phyllis and lashes out – she told her not to do this. Lauren confronts her about her Jabot Collective knockoffs and warns she’s taking money out of her pocket, not just Jack’s. She orders her to shut it down or she’ll call him. Phyllis comes clean, but complains about the way she was treated at Jabot. Lauren hisses that she broke the law and is infringing on her company. Phyllis needs the capital. Lauren gives her 12 hours to shut down the site.

Adam arrives at Sharon’s place – she’s the only person he can talk to. She quickly learns he has Chelsea’s number and wants her to call and break it to her he’s alive. Sharon phones and leaves a message for Chelsea to call. Adam’s grateful.

Billy and Victoria look over Genoa City’s night skyline from their car. Billy admires how she handled Adam – it was strong and sexy as hell. They get passionate.

At Jabot, Kyle tells Jack the IT department learned the knockoff website was developed in Genoa City.

Devon is haunted by his dreams.

Hilary Appears to Devon After He...