The Abbotts Move Dina to a Facility, Leaving Everyone Emotional

Tuesday May 28, 2019: On Young and the Restless today, the Abbotts unite to face a heartbreaking situation, Nick has a proposition for Rey, and Cane takes a difficult step. 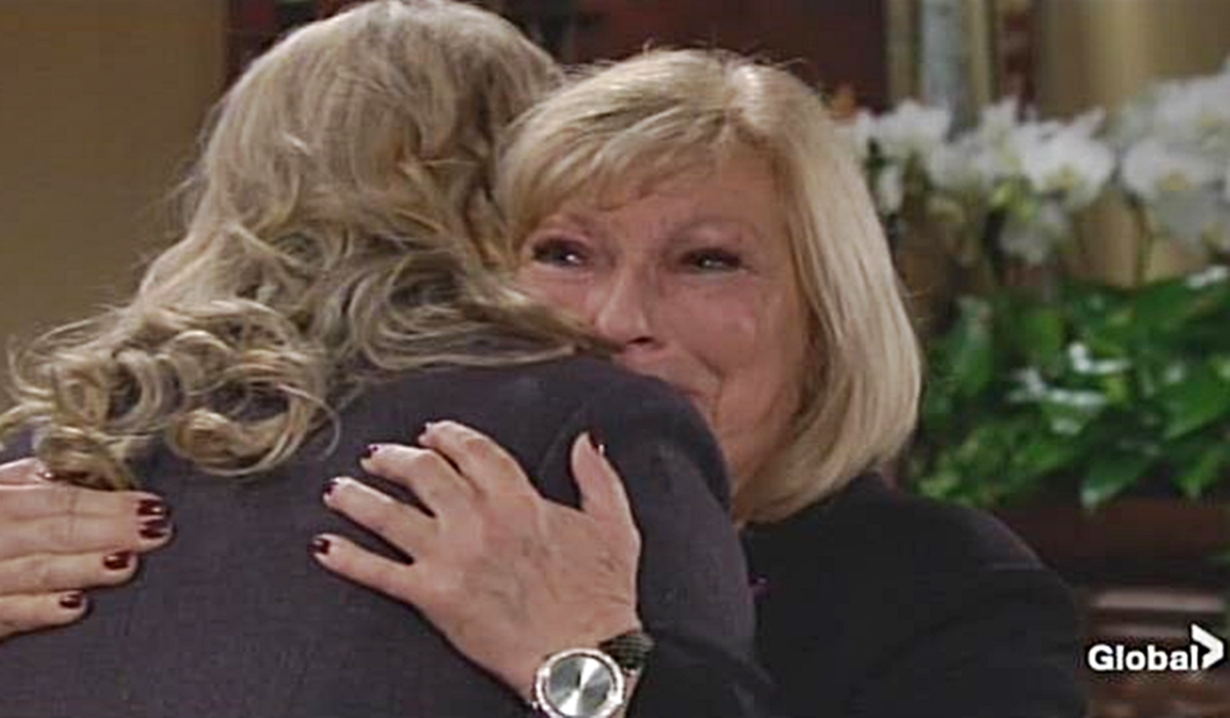 In their apartment, Lola teases Kyle about his dedication to conserving water by wanting to shower together. They kiss.

At the Abbott house, Traci and Dina talk fashion, but Dina turns cranky about her bracelet that keeps her from getting lost. Ashley arrives and Dina doesn’t know her, but wants to check in with her office upon mention of Paris. When Dina goes off, Traci becomes emotional about having to put her in a facility. Ash reassures her, then explains she also came for Neil’s will reading. They hug. Abby and Jack arrive. 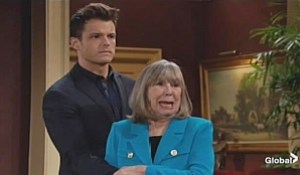 He feels guilty and explains Kyle is on the way and doesn’t know what’s happening yet. Dina reappears – she knows they want to get rid of her. She’s distraught when Kyle enters. Dina asks him for help and cries that she won’t go. Everyone’s upset and Kyle’s confused as she leaves the room. Kyle is brought up to speed and hates this. Jack says they all hate it, but they have to do it. They try to entice Dina out of the locked den. Kyle goes outside and discovers she’s gone…and left her bracelet behind.

Sharon and Rey canoodle on the sofa at home and someone knocks – it’s Mariah. She takes in the ‘Welcome Home’ sign and learns Rey moved in. Sharon knows she’s concerned it happened too fast, but Mariah says she understands. They reflect on Devon’s losses as Mariah notes they have to grab onto happiness. Sharon and Mariah go for lunch before Neil’s will reading. 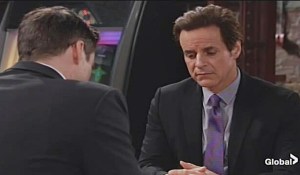 At Crimson Lights, Michael has Cane’s divorce papers and mentions he’s in Neil’s will. Cane will be there to support Lily. He signs the divorce documents.

At Nick’s place, he updates his mother on Adam’s demands. Nikki’s appalled he expects him to hand over Christian. They worry he’ll kidnap the boy. Nick warns Adam has declared war and it could get ugly.

Over lunch at Society, Sharon updates Mariah on Adam. Nick and Nikki appear, and Nick warns Sharon again about his shifty brother. After, Mariah remarks to Sharon on Nick’s anger toward Adam. Across the room, Nikki warns Nick to be careful what he says to Sharon about Adam. Sharon stops by the table and mentions she’s going to Neil’s will reading before revealing Rey moved in. Nikki snarks. Once Sharon leaves, Nick has a great idea.

Cane stops by the Abbott house where Traci’s upset and waiting for word as the others search for Dina. Cane touches her hand and assures her it will be okay. Traci’s relieved to get word from Jack and opens up to Cane about the situation. They commiserate over being shut out by people they love. Cane reveals he signed divorce papers. Traci’s sympathetic and thanks him for listening. Cane hugs her. 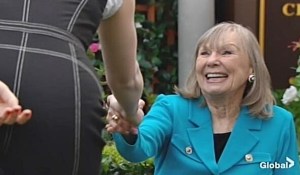 Back at the park, Jack and Ashley reintroduce Dina to Tessa, who agrees to come play for Dina at the facility. Jack and Ashley thank Tessa before taking their mother home.

In the Abbott living room, Dina’s focused on packing as Jack reflects she probably wouldn’t have gone had Tessa not agreed to visit her. Dina tears up. “What if they don’t like me?” Jack reminds her she already made one today. As Jack, Abby, and Kyle lead Dina out, Traci sobs it may be the last time Dina walks through that door. Ashley embraces her.

Rey visits Lola at the apartment. She updates him that Arturo and Mia have settled back in Miami. Rey worries about finding a job. Lola jokes he could be a bus boy at Society.

At the penthouse, Michael tells Sharon she’s early. She wonders why she was invited. Michael explains Neil left her something – she’ll find out what along with everyone else. Cane and Nikki arrive. Lily isn’t there yet. Michael goes upstairs to alert Devon people are arriving, and Cane tells Nikki he and Lily split up. She knows he still loves her.

At Society, Abby thanks Tessa for helping with her grandmother and they decide they’ll visit her together. Abby learns Tessa had creative differences with Ana as Lola arrives. Abby wants to book her as an act and will smooth it over with Devon.

Nick arrives at Sharon’s place to see Rey and offers him a job as head of security at Dark Horse…he may also have him handle some personal matters. Rey asks if those matters would have anything to do with his brother.

At the Abbott house, Ashley and Jack share an emotional moment as Jack observes that nothing will ever be the same again…ever.

Neil’s will is read.