Friday May 24, 2019: On Young and the Restless today, Adam makes demands on Victoria and Nick, Tessa pushes back against Ana, and Rey moves in with Sharon. 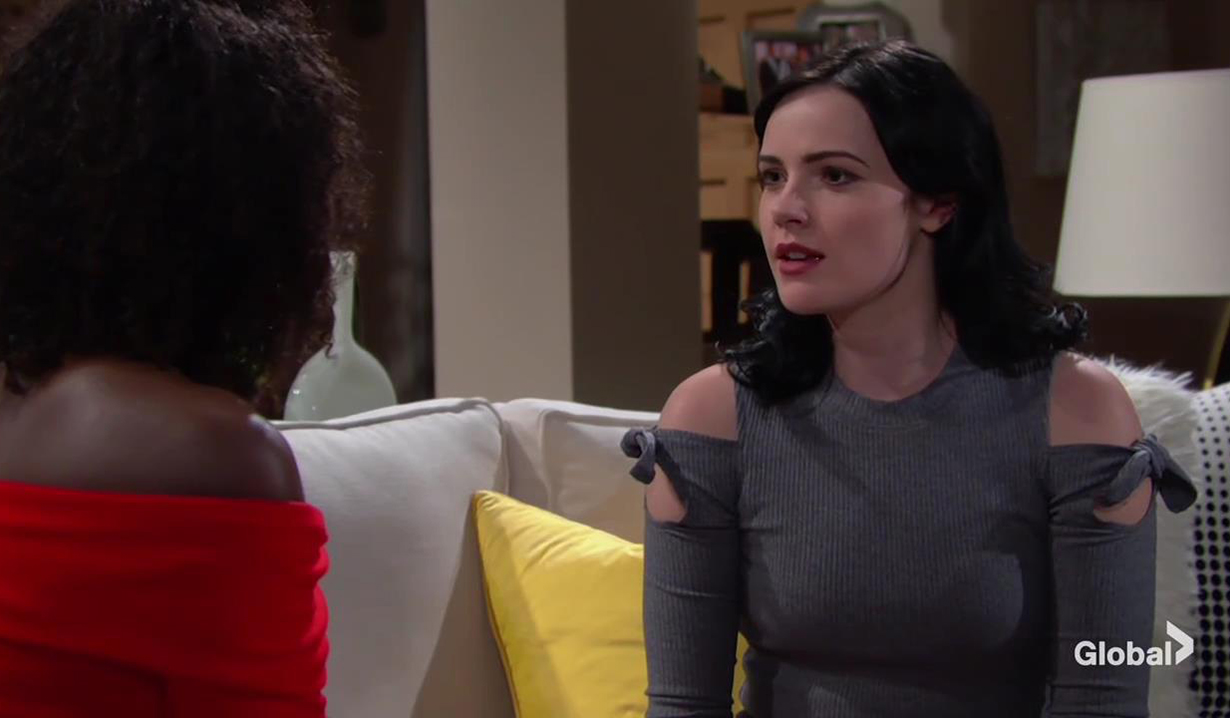 At the tack house, Adam smashes and trashes his phone. He takes out a new one and then heads for the door. Sharon shows up. He’s tired of everyone being in his face and suggests she save her concern for someone who needs it. She wants to know what’s going on. He can’t thank her enough for what she’s done, but he suggests she hold on to Rey. 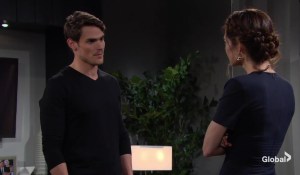 Nick and Victoria both get texts from Adam at the Dark Horse office. He wants to see them and his siblings wonder why. She says he claims he’s changed but Nick thinks that’s a ploy and they need to be prepared. Adam arrives and so does the sarcasm. He explains that Victor wants him back at Newman and doesn’t value their work. Newman is the last place he wants to be. He’s ready to turn his back on everything and only wants three things in exchange. Adam wants half a billion dollars, the location of Chelsea and Connor, and custody of Christian. That gets Nick’s goat. Adam is determined to get his son as far away from Victor as he can so they can start a new life. After scribbling down his number, Adam takes off. Nick points out that this could be a sweet deal for Victoria. He says they can’t let their brother win. She thinks they should consider this more rationally but Nick refuses to even drag Chelsea into this. His sister is surprised he knows where she is. He admits she tried contacting him but it’s better that she not know Adam is back. Victoria doubts he can protect her and needs to give her a warning. When she leaves, he calls Adam and tells him he’s made a decision. 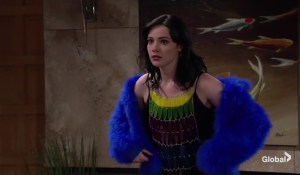 At the penthouse, Tessa is surprised by how Ana has changed her song with her production. She worries that it no longer sounds like her, but Ana tells her to get used to it. Now they just have to change her dress style too. She gets Tessa some blue fake fur and plastic to try on so she can take photos. Tessa’s unimpressed.

At Crimson Lights, Lola and Kyle talk about apartments. She worries they will never find the right place. Smiling Rey interrupts and explains that he’s moving in with Sharon, so the apartment is all theirs. Lola thinks this is fantastic and is happy for her brother. He tells them to be good to each other and gives them both a hug. After he takes off, Lola asks Kyle to grab his stuff. 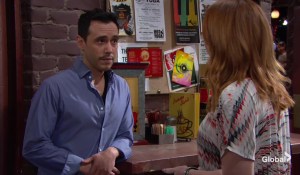 Meanwhile, Mariah wanders in and bumps into Jarod. He explains that he’s been writing her letters. She guesses he sent the brick through the window. He lectures her for not caring about her viewers and denying their connection. He’s decided she’s trash. Tessa interrupts and snaps a photo of him, threatening to send it to the cops. She barks at him to go and he takes off. Mariah thanks her for being the ‘avenging angel’. Mopey Tessa sits down and vents about how awful what Ana did to her music was. Mariah is lost for words when Tessa shows her the pictures Ana took. Mariah assures her girlfriend that she’ll be with her every step of the way, no matter what she chooses to do. 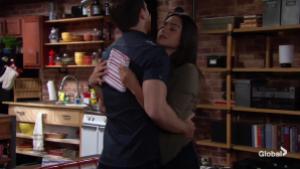 Lola and Kyle move his stuff into their apartment. She’s taken the night off so she can cook their first meal together. He wants to make out first. While they are doing that on the couch, their dinner catches on fire in the oven. The smoke alarm goes off and they desperately fan away the smoke before going back to making out. They go to the bedroom and have sex.

Rey arrives at Sharon’s with his bag. 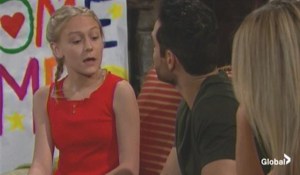 She and Faith have welcomed him with a sign. He gives Faith an early edition Little Women book. She’s impressed and jokes that having him around may not be so bad. Faith lays down all of the house rules for him until her mom sends her off to do her homework. Rey assures her that he will keep her mom happy. When he is left alone with Sharon, she welcomes him home with a kiss.

Mariah and Tessa return to the penthouse. Tessa tells Ana that she is grateful for the opportunity, but she has reservations about what she did to her song. She thinks they should keep things stripped back and authentic. Ana says people want it dressed up and if Tessa wants a career, that’s what she needs to do. They do things her way or not at all. Tessa tells her to burn the contract. As they leave, Ava tells Mariah that she’s getting what she wants and making Tessa fail. Mariah says Tessa just refuses to settle for less.

Ashley returns as Dina accuses her family of wanting to get rid of her.

Michael reads Neil’s will to his family, including Lily, who makes an appearance.